Created almost two decades ago by the game designer Sid Meier, Civilization is a turn-based strategy game. The game is based on build an empire and trying to survive the test of time.

Civilization VI offers new ways to play, and the world behaves differently. Cities are physically expanding on the map, which is much more realistic. Another novelty is necessity of active researching in technology and culture. You can "race" in one of five ways to win the game.

Exchange your Soul Gems for Sid Meier's Civilization VI and start building your own empire now. 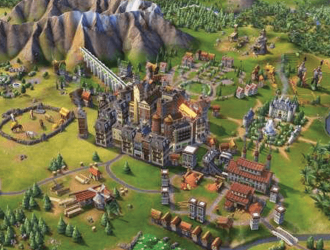 Firaxis Games is an American video games company based in Sparks, Maryland. The company was founded in May 1996 by Sid Meier, Jeff Briggs and Brian Reynolds after their departure from MicroProse, an earlier Meier venture.

Civilization VI offers new ways of interacting with the world. The expanding of the empire on the map is a little bit more realistic. Another novelty is developing culture and competing with the greatest leaders. Play as one of 20 historical leaders, you can even become Roosevelt or Queen Victoria.