Get Shadow of the Tomb Raider absolutely for free!

In 2013, the Eidos Montreal studio decided to extend the life of Lara Croft, resuming a series of games about her. However, the studio decided to create a prequel of an original story. A part which was created in 2013, simply called Tomb Raider, tells about the adventures of the young Archaeologist, who was only at the beginning of her career.

The new TR series was chronologically continued in 2015 and 2018, when the Shadow of the Tomb Raider was released. The game was created for PC, PlayStation 4 and Xbox ONE platforms.

In the latest part of Lara, led by her father's unfinished research, goes to Latin America, where she is gonna to continue his search 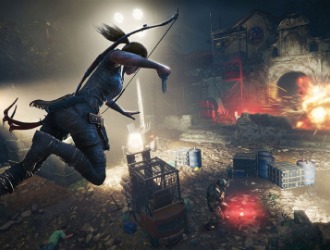 Shadow of the Tomb Raider

Shadow is a game much more mature than the two previous parts. An important element here is the influence of the decisions we made on the plot and environment development. However, this is a typical adventure action game in which you can find logical elements, crafting, elements of character building and even shooting.

Exchange your Soul Gems with Shadow of the Tomb Raider.