Resident Evil 2 is a remake of the iconic survival horror from 1998. An improved version of the popular game can be yours for free. Check out other free keys to similar games, including the free key to Resident Evil VII: Biohazard. 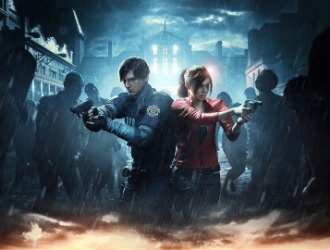 Resident Evil 2 is a remake of the PlayStation game from 1998. Also known as the Biohazard RE: 2 game, is a remastered version of the second part of the iconic survival horror series released by Capcom.

The plot of the game coincides with the one presented in the original, however, the gameplay mechanics have been expanded with new solutions and elements. The plot line and equipment depend on which character we choose (Claire or Leon), so it is necessary to complete it twice to fully understand the game.

Resident Evil 2 Remake with the help of the entire arsenal of available pistols, rifles, knives and explosives, allows us to fight with mutated zombies lurking on us in the streets of the city. Ammunition, however, is limited, so every time we have to decide whether to stand up to the opponent or escape, avoiding confrontation.

In addition to the limited amount of ammunition, the heroes also have a certain number of items that they can keep with them, so you should get rid of the least needed equipment items on an ongoing basis.

Get key to the Resident Evil 2 for free, a remake of the game created 20 years ago and so far gifted with great popularity!