Get P250 | Valence absolutely for free! 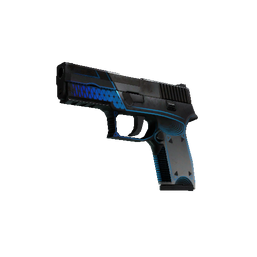 P250 is a fairly inexpensive way to get rid of armored enemies. This weapon with low recoil and a high rate of fire has been custom-decorated with a modern, blue-gray pattern that blends with its shape.

Exchange your Soul Gems for the P250 Valence.