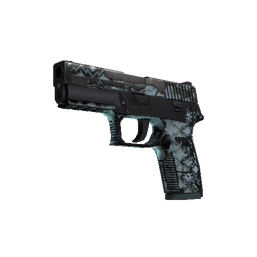 Counter-Strike: Global Offensive is a first-person shooter game. It was released in 2012 and is the fourth part of the Counter-Strike series. P250 - a very powerful gun of Italian construction, which is used by both novice players and professionals. The weapon is decorated with a Japanese pattern, which was created using stencils made of paper. Exchange your Soul Gems for the P250 Mint Kimono. Counter-Strike: Global Offensive is a game released in 2012. The game is focused on team competition. This pistol was created after the global community asked for it. Its main asset is its high damage per shot, which allows you to quickly eliminate an opponent. The weapon was painted with a combination of hydrographics, template and thermal transfer stickers. The P250 | Mint Kimono is available for exchange for Soul Gems only.