Get Overwatch absolutely for free!

Overwatch is a game set in the sci-fi world in a futuristic future. The eponymous group called Overwatch are the best soldiers, the strongest mercenaries and the wisest scientists who have stood guarding world peace for years. However, the reality which was full of conflicts led to their division and disintegration.

Although the game offers multiplayer gameplay, there is no shortage of storyline that delves into the game LOR. 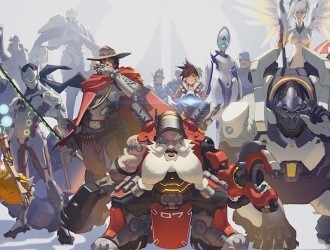 Overwatch is the famous first person shooter from 2016. The game was released by Blizzard Entertainment and was available simultaneously on all platforms. PC users have significantly influenced the popularity of the game in the world, becoming its main recipients. A curiosity about Overwatch is certainly the fact that this game is a debut FPS production for Blizzard. This studio is a developer of such games as the Diablo hack & slash series, the World of Warcraft MMORPG or the strategy series known as StarCraft. Blizzard has chosen a completely different atmosphere of the game to meet the modern gamer's preferences. Overwatch allows fights between two six-person teams in Deathmatch or Capture The Flag modes. The game is set in a futuristic universe, in a reality full of conflicts and chaos. It is a lost world that must be protected by heroic and well trained guards. Those guards, called the Overwatch, are the heroes standing for peace in the world. The watch consists of the best warriors, scientists and soldiers, perfectly mastering weapons and knowledge, seasoned in combat. For many years the Overwatch has been perfectly fulfilling its task, but the negative influence of the toxic reality has also affected the guards. The group began to divide and dispute until it finally found itself in a complete disarray. We enter the game as new recruits, who have to take over the duties of previous guards. Although, the game works mainly in the multiplayer mode, it is also focused on presenting the story line - both of the universe and individual characters - to the player. As witches, who also try to maintain peace in the world, we want to enable you as our helpers to play this interesting game. Today you can exchange your Soul Gems for your own version of Overwatch Origins!