Get Outlast absolutely for free!

Humanity has always loved to be afraid - not without reason, terrifying stories told by bonfires, scary literary works and film horror films have always been created. The game Outlast certainly belongs to this genre - this survival horror is combined with an interesting adventure experience and an addictive plot, it is also maintained in the style of gore.

In Outlast, we play the role of a reporter who, from certain sources, learned that in an old, abandoned insane hospital, the Murkoff corporation opened a research center where strange, paranormal things happen all the time. The reporter wants to check how much truth there is in these rumors - so he breaks into the center only equipped with a camera. On the spot he discovers traces of a real shambles. Everywhere is full of blood, pieces of human remains, and the overwhelming darkness intensifies the feeling of fear. Bit by bit the reporter discovers the truth about the place where criminal experiments are performed. Many also suggest that this building serves as a place of bizarre, bloody rituals. 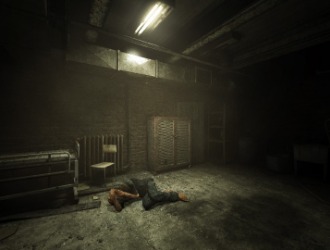 Outlast is an action adventure game, which unfortunately is not intended for everyone. The harsh atmosphere of survival horror shivers on the back of even the most persistent fans of the genre.

Outlast was released in 2013 on PCs, a year later it was released on PS4 and XONE, while after a few years, in 2018 it was also released on Switch. The game is the work of an independent studio - Red Barrels, which includes creators working in earlier years on such works as Assassin’s Creed, Prince of Persia and Uncharted.

The plot of the game tells about a facility for the mentally ill closed years ago, in which the new owner planned to open a research center. If you fancy a piece of really good, suspenseful horror, exchange your Soul Gems for Outlast!