Get Ori and the Blind Forest Definitive Edition absolutely for free!

Artistic games are very popular among recipients from various groups. The combination of artistic images, beautiful music and interesting, long stories therefore creates an ideal experience, which by definition should be met with great recognition among players. This was also the case with Ori and the Blind Forest Definitive Edition! This game was created in 2016 as a reissue and an improved and expanded version of Ori and the Blind Forest released a year earlier, which was met with extremely warm welcome among fans and critics.

The game tells the story of a young forest sprite named Ori who would like to learn something about himself and the world around him. Playing the role of Ori, we travel the beautiful, fantastic world full of magical creatures and slowly discover the answers to the questions asked. 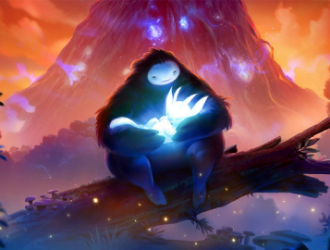 Ori and the Blind Forest is a game created in 2015, which was created by Moon Studios and released exclusively on Microsoft platforms. The story about the forest sprite was so warmly received that a year later the developers decided to release the extended version of the game Ori and the Blind Forest Definitive Edition, which in addition also hit Switch in 2019.

Ori and the Blind Forest Definitive Edition is literally a beautiful platform game with eye-catching graphics and great music in which we can also find elements of RPG, adventure, indie and metroidvania.

The plot is devoted to a mystical being which tries to discover the surrounding world and the truth about itself. If you want to play something that really pleases the eye and ear and offers interesting, but quite demanding entertainment, check out the title Ori and the Blind Forest Definitive Edition, by exchanging your Soul Gems!