Get ONE PIECE World Seeker absolutely for free!

One Piece is probably one of the most popular mangas in the world. One Piece has already received several adaptations in the gaming world. The latest part called One Piece: World Seeker is a game which received many positive reviews a few days after the premiere.

One Piece: World Seeker is a sandbox action game in which we play as one of the heroes known from the One Piece saga. The game is really interesting and immersive but it was definitely created for hardcore fans of this genre.

The story combines fantastic elements with a pirate tale. We play the role of a hero well known from the comic books and animes. There are many adventures and tasks waiting for us during the adventure. 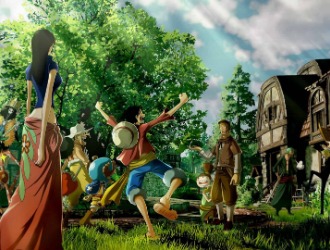 The anime and manga called One Piece is a masterpiece which has won the hearts of thousands of people around the world. This very popular manga has already had several adaptations in the gaming world. Released in 2019, One Piece: World Seeker is the latest edition of the brand.

The game is characterized by an open world and its TPP perspective. This is a classic adventure action game. You play the role of a pirate who can stretch his body as if it was made of rubber.

Do you want to play the latest game called One Piece: World Seeker? Exchange your Soul Gems for the code to download the game!