Get Middle Earth: Shadow of Mordor absolutely for free!

J.R.R. Tolkien's universe has many fans around the world. There were many films and video games set in the LOTR world. One of the games embedded in this universe is Middle Earth: Shadow of Mordor released in 2014.

In this action game we observe events from a third person perspective. The game consists mainly of fighting the hordes of orcs using extensive combat mechanics. Thanks to the Power of the Ghost, the hero is able to attack opponents from a distance and take control of wild beasts. The game has a beautiful graphic design and an atmosphere building music score.

The game is an ideal position for fans of the Tolkien universe. 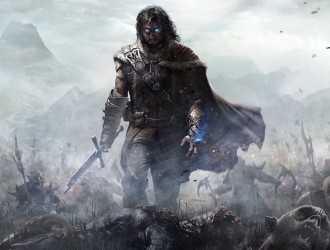 Middle Earth: Shadow of Mordor is an adventure game which takes place in the Lord of the Rings universe. It was released in 2014 by Monolith Productions, which has on its account games such as No One Lives Forever or F.E.A.R.

The story presents us the events between the Hobbit and the first part of the Lord of the Rings, when Sauron gathers forces to re-attack the Free People. The playable hero is Talion, a Gondor scout guarding the Black Gate of Mordor. During an attack of evil forces, the hero dies, but he is resurrected and mysteriously associated with an elvish ghost. Both characters create an alliance and go on a crusade against Sauron's Black Hand.

Want to play Middle Earth: Shadow of Mordor and save Middle-earth from destruction? Exchange your Soul Gems for your own copy of the game today.