Get Metro Exodus absolutely for free!

Metro Exodus is the third part of the FPP shooter series taking place in the post-apocalyptic world of science fiction. Explore for free Russia destroyed by the nuclear war, get a Metro Exodus key for free! 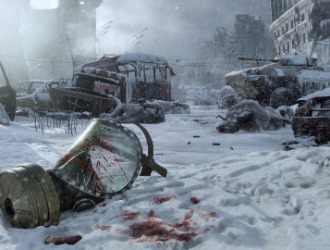 Metro Exodus is the third part of a series of games inspired by the work of the popular Russian sci-fi writer Dmitry Glukhovsky. Once again, we will play the role of Artioma, who along with a handful of survivors must leave the Moscow metro tunnels and cope on the surface.

The campaign tells a story that takes place throughout the year, thanks to which we can observe the diverse appearance of the surroundings caused by the passing of subsequent months. The world in the game is also subject to dynamic weather changes and the daily cycle. The gameplay is more of a sandbox than in the previous instalments of the series, so exploring the post-apocalyptic areas of Russia, gives a lot more fun.

The developers have also introduced solutions to Metro Exodus that make the game's plot less linear. The fate of the game may be different, depending on what decisions we make during it.

Check what endings your decisions will take, get the Metro Exodus key for free!