Get M4A1-S | VariCamo absolutely for free! 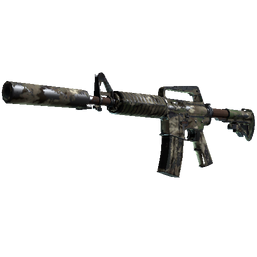 Counter Strike is a series of team shooters released for the first time in 1999 as an addition to the game called Half-Life. Created in 2012 by Valve studio Counter-Strike: Global Offensive puts even more emphasis on multiplayer gaming. The game has become one of the most popular e-sport games.

The US Army M4A1 carabiner in the S version provides less kickback and better accuracy than its non-suppressed version. The weapon was covered with a hydrographic of the VariCamo pattern.

Exchange your Soul Gems for the M4A1-S VariCamo.