Get M4A1-S | Nitro absolutely for free! 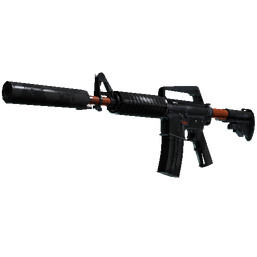 The next part of the Counter Strike series, Counter Strike Global Offensive, produced and released in 2012 by the Valve Corporation is one of the main factors influencing today's interest in e-sport. There are two five-player teams in the game, fighting against each other.

With a smaller magazine than its un-muffled counterpart, the M4A1-S provides quieter shots, less kickback and better accuracy. The individual parts of this weapon were painted with black and orange spray paint.

Exchange your Soul Gems for the M4A1-S Nitro.