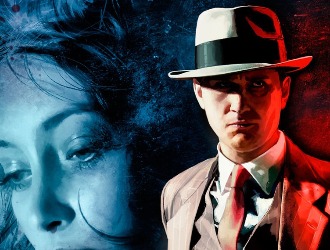 L.A. Noire Complete Edition is a great game for everybody who loves dark thrillers and crime investigations. The game was developed by the Australian studio Team Bondi. The action takes place in Los Angeles in the '40s. In a dark and suspicious city where drugs and corruption are daily bread. You will play the role of Cole Phelps, a World War II veteran who returns to the United States and joins the police. During the game, we will be able to follow the different stages of our hero's career.

L.A. Noire Complete Edition can be divided into two parts. The first one is based on the work of the detective, during which we conduct interrogations, search the places of and look for the clues necessary to solve the case. It is worth mentioning that all investigations can run differently, depending on how we conduct them. The second part of the game is a step towards action enthusiasts. There will be chases, fights and shootings.
Thanks to advanced technology that provides very realistic facial expressions, we can conduct interrogations paying attention to the suspects' reactions, like real detectives. The soundtrack, which is based on jazz music, makes you feel like the protagonist of one of the noir crime movies.