Get Just Cause 4 absolutely for free!

Just Cause 4 is a sandbox action game presented in TPP. With a huge, diverse world for exploration and a thrilling storyline. In this adventure shooter, you play the already known Rico Rodriguez and try to save the town Solis from the criminal organization Black Hand. 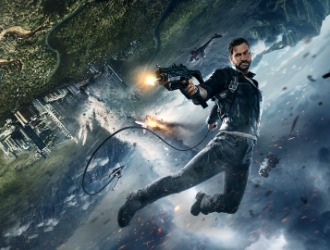 Stand in contest now and win a key for Just Cause 4.

Just Cause 4 for free!

Just Cause 4 is the fourth part of the popular sandbox series of action games. Get the key to this thrilling TPS shooter for free and experience the real adventure as Rico Rodriguez.

Known already from previous parts, the hero goes to the fictional city, Solis, settled in South America. His task will be to deal with the persecuting town of the paramilitary organization Black Hand and the discovery of the truth about his father.

Gabriel Morales, who is a boss of Black Hand, is not an easy opponent, defeating her is associated with unleashing real chaos in the town.

The world presented in Just Cause 4 is the largest sandbox designed by Avalanche Studios so far. We have here to explore a thousand twenty-four square kilometres of villages, cities, deserts, mountains and tropical forests. Because such a huge world requires moving with various means of transport, except present transport possibilities (motorcycles, cars, helicopters and fighters), there are also cranes, bulldozers and car transporters as well as microjets and water scooters. The possibility of parachuting or gliding with a wingsuit is particularly attractive too.

In parallel with the main narrative axis, we undertake a wide range of side tasks that help us reduce the sphere of influence of Black Hand. The whole arsenal of available weapons and items that Rico has at his disposal will help us with that.

The most important change compared to the previous parts of the series, however, is the occurrence of fully authentic weather phenomena, such as tornadoes, tropical rains, snow storms and sandstorms. They make real damage to the infrastructure of the world, which can often play in favour of the main character.

Do you want to control the chaos? Order a key now and play Just Cause 4 absolutely free!