Get Imperator: Rome absolutely for free!

After many months of waiting, fans of economic games and advanced strategies have finally received a fantastic game for PC. On April 25, 2019, the Paradox studio has released the huge RTS called Imperator: Rome.

Imperator: Rome allows much more than the title of the game suggests. The times in which we begin the game start in the period of ancient Athens splendor.

The game allows us to become the ruler of any country in antiquity. We can, for example, play as the Roman Emperor or the Greek ruler, deciding the fate of our country. The maps in the game are really extensive, and the game itself can be played in both solo and multiplayer modes. 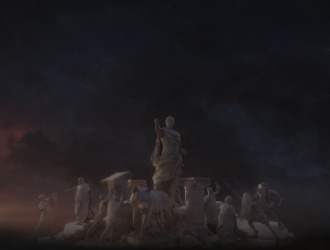 Imperator: Rome is a completely new game, released only a few days ago by the Paradox Interactive studio. The game is a RTS created on a great scale, which can be played both solo and in multiplayer. This strategy game allows us to choose any ancient nation existing since the glory of Athens and become its ruler.

At Gamehag, we want to fulfill the dreams of all our players. For this reason, as you know well, we allow you to earn magic points for performing various simple tasks. This amazing economic-historical RTS is available on our platform, if you only exchange your Soul Gems for your own game code.