Get Gorky 17 absolutely for free!

Games which stand on the border between several genres have always attracted thousands of players. One of such games, which is already 20 years old and still attracts fans, is Gorky 17.

Gorky 17, which is also known as Odium, was created in the 90s in the Polish Metropolis studio. The plot of the game is a story which contains elements of horror, science fiction and political fiction with a very dark background. The game itself represents an unspecified genre, combining elements of turn-based strategy, RPG and adventure games.

The game contains motifs of military secrets and plots against US troops. We can also encounter dangerous creatures which are a result of illegal research. The game, for the realities of the times in which it was created, was set in the future. 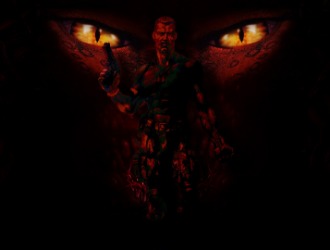 Our website - Gamehag - tries to meet the expectations of both of our users: those who are waiting for game novelties, as well as those who want to play the classics. That is why we offer exchange of Soul Gems for unique games!

Gorky 17, also known as Odium, is an interesting game which is a fusion of RPG, adventure and turn-based strategy. It is a grim story standing on the border of political fiction, science fiction and horror, which was created in the Polish Metropolis studio.

If you want to get to know this unusual title from 1999 or play the game from your youth again, exchange your Soul Games for Gorky 17.