Get Game of Thrones 80 Diamonds absolutely for free! 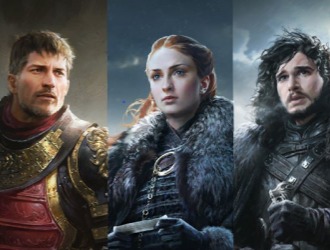 Game of Thrones: Winter is Coming is a browser strategy game with RPG elements. During the game, we can create our own Noble House. Thanks to various decisions and choices, we have an impact on many new events unmentioned in the series.

There is a currency called Diamonds in Game of Thrones: Winter is Coming for which you can unlock levels or make micropayments. If you would like to get 80 Diamonds for free, you can now exchange your Soul Gems for the prize.

In order to collect your reward, choose the Obucks payment method and enter the received code.