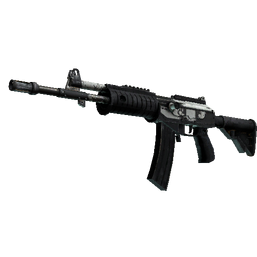 Counter-Strike: Global Offensive is another part of the game series called Counter-Strike. Galil is a famous rifle used in many conflicts around the world. It has a high accuracy and rate of fire, which makes it easy to use for both experienced and inexperienced players. This weapon can be exchanged for Soul Gems. The Galil was developed in Israel in the 1970s. The weapon is designed to replace the M1 Garand rifle, which was used by the Israeli army at that time. It is characterized by a large number of modifications. Some of them are designed for special units (such as the Tuxedo), while others are copies of other famous assault rifles (like the AR-15). The Galil is a weapon for close combat. It is compact and easy to use, which makes it one of the most popular weapons in the world. The gun is decorated with the image of penguins, which are hidden everywhere around the weapon - on the sights, on the trigger, on the handguard - you will not be bored looking! Exchange your Soul Gems for the Galil AR Tuxedo at Gamehag! This is a new version of the Galil, developed by IMI. The weapon is based on the Tavor AR-15 rifle. The rifle has a built-in red dot sight, which helps you to aim faster and more accurately at the target. It also has two tactical rails - to mount additional accessories.