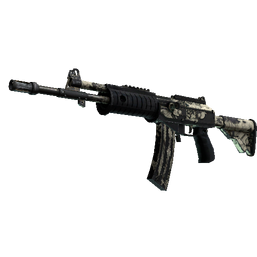 Counter-Strike: Global Offensive is one of the most popular competitive FPS (first-person shooter) game series. The game allows you to buy weapons and accessories, which can be modified with different colors, patterns and stickers. Exchange your Soul Gems for the Galil AR | Kami skin - a modern type of rifle used in the game. The Galil AR is one of the most popular assault rifles in the world. It’s a weapon that is used by many players in the game Counter-Strike Source. This submachine gun is equipped with a rail that allows you to install various optical sights. It looks great with the Kami pattern that is typical of the Japanese culture. Exchange your Soul Gems for this skin now! The Galil AR is a rifle with an automatic fire mode. It was designed in the late 1960s by Yisrael Galil, who took his inspiration from the German StG 44. Both weapons are similar in many ways, but the main difference is that the Galil AR has a charging handle on the left side of the receiver. The weapon has a very characteristic, angular handguard with a pattern of holes on both sides. The pattern is reminiscent of scales of carp - it symbolizes strength and power. Exchange your Soul Gems for this rifle with a dragon-shaped handguard.