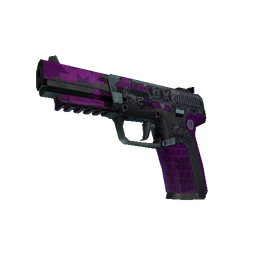 Global Offensive is the next part of the Counter-Strike series started in 1999 as a modification of the game called Half-Life. Counter-Strike: Global Offensive released in 2012 allows fights between two five-person teams consisting of terrorists and anti-terrorist on multiple maps in several different game modes.

The precise and armor penetrating Five-Seven is an expensive, slow-reloading pistol which makes up for these drawbacks with a 20 bullet magazine and an acceptable recoil. The weapon was decorated with a pattern in black and purple.

Exchange your Soul Gems for the Five-Seven Violent Daimyo. 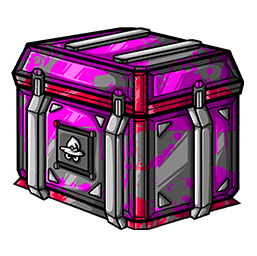