Get FIFA 19 absolutely for free!

Fifa 19 is a football-themed sports simulator. This is the 26th edition of the game. Check also other parts of the FIFA series and FUT Points top-ups. 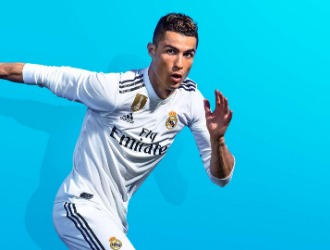 Free FIFA 19 key to activate via the Origin platform.

Fifa 19 is the next part of a series of football games released every year. We run licensed sports teams in it, with players based on real characters from the world of sport.

New in this part is the licence for the Champions League and the Europa League. The ball control mechanics were also improved and Timed Finishing was introduced — a new scoring system. The role of tactics in the game has been significantly increased, among others by adding the possibility of assigning spheres for which they are responsible.

In addition to the solo and multiplayer modes known to us from the previous parts (career, multiplayer games, story campaign), new mode “House Rules” have been added, with specially set rules.

In the third chapter of the story-based mode “The Journey: Champions,” we're directing not only Alex Hunter, but also his sister Kim (seeking qualification for the Women's World Championships) and Alex's friend Danny (trying his hand at the Premier League).

Check what Fifa will surprise you with this time! Get the key to play for free!