Get Fallout 3 GOTY absolutely for free!

Fallout 3 is an outstanding continuation of the sRPG Fallout series, which previous parts were created by Black Isle and Micro Forte and have appeared on the market since 1997. Fallout 3 was created by Bethesda Softworks, which took over the rights to create the series. Fallout 3 was released in 2008 simultaneously on PC and the seventh generation consoles PlayStation and Xbox. Unlike previous parts, Fallout 3 is played in TPP and FPP mode. The game has become a classic RPG with no strategic motives, but with a very complex world and possibilities of character expansion. During the game, we have a lot of freedom to make decisions and choices. All of that affects the hero's fate and his relationship with the world around him. It is only up to our decisions how the quest line will go, and how we will be perceived by NPC characters in the game. We start the game by creating the appearance of your character and giving him specific features, skills and special abilities. Everything takes place gradually during the intro / tutorial cleverly woven into the main story. During the first 15 - 20 minutes of the game we observe different stages of our character's childhood living in an shelter called Vault 101. We create not only a complete character but also learn the controls. The game’s world is set in a post-apocalyptic universe modeled after our world. The action takes place in 2277, 200 years after the nuclear war in America. During the game, we travel across the Capital Wasteland, which was a suburb and the center of Washington once. You can see many authentic locations in the game, however, due to the game climate, completely destroyed. At the very beginning of the game, we are in the previously mentioned Vault 101, where nobody can enter or leave. The storyline, however, is based on the search for the hero’s missing dad, who managed to leave the Vault. As it turns out, neither the reality nor the character’s family story is as we would expect. In the course of the game, we can make various decisions and create the hero's fate in any way. The game uses interesting solutions. The menu itself is not just a stop-frame in the game, but a living element. Access to the quests, maps, equipment, documents, as well as the health menu are obtained through the so-called Pip-Boy, which is our personal computer. With its help, we can also listen to the radio, which is the source for the musical score of the game. As witches, we can offer you the full version of Fallout 3 for free, if you only exchange your Soul Gems for this award! 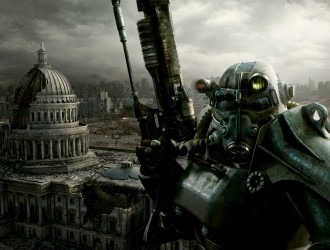 All people who love post apo fiction should know Fallout 3. This is a production created by the Bethesda Softworks studio known mainly for releasing the outstanding RPG series The Elder Scrolls since 1994. Fallout 3 was released in 2008 simultaneously on PC, PlayStation 3 and Xbox 360. Fallout 3 is a continuation of the sRPG Fallout series created by the Black Isle studio and the Micro Forte team. In contrast to, paradoxically, the three previous parts, Fallout 3 has completely different game mechanics. In this part, we play in FPP or TPP. Fallout is a turn-based strategy no more. We get a classic RPG from Bethesda. The climate of Fallout 3, however, is still maintained in the post-apocalyptic world. The game recreated cult elements of equipment and characters known from previous parts. At the very beginning of the game, we have to create our future image. We start the game as a child who grows up in Vault 101. The first dozen minutes of the game lead us through a tutorial, cleverly woven into a story, which also brings us closer to the heroes story. During this time, we also select leading skills and assign specific classes and abilities to our character. The map in Fallout 3 is open, extensive and full of various tasks. The action takes place in 2277, 200 years after the nuclear war. An interesting, worth mentioning element is the game menu. It is ingeniously woven into the game, because it is displayed on the so-called Pip-Boy. This is a Vault dwellers computer which is carried on the hand. By Pip-Boy we have access to our equipment, tasks, a map and a radio where we can listen to music from the 40's and 50's. The real game begins when, for some important reasons, we have to leave our previous home - Vault 101. It is claimed that nobody can enter or leave Vault 101. When we go out we can see only a desert around. It is called The Capital Wasteland and was a suburb of Washington before the war. The game tells our characters story looking for the truth about his or her family. Thanks to the large freedom of choices and possibilities, we can both become a Good Samaritans or an Evil Douchebag. Do you want to immerse yourself in the world of this outstanding game? You can exchange your Soul Gems for your own full version of Fallout 3 today. 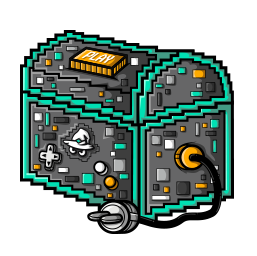