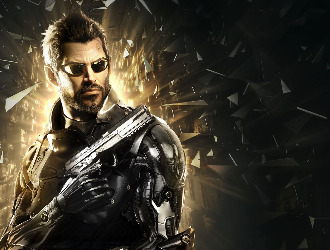 Creating a sequel to the game that maintains a high standart is quite a difficult task. However, Deus Ex Mankind Divided does not fail. We can confidently say that in this case the game producers deserve a medal.
The starting point for this part of the game is the disaster of 2027. The world of modern technologies has changed into a living nightmare. On one fatal day people with cybernetic implants lost their minds. As a result of the failure of the implants, they began to attack and even murder their relatives and people around. Such a turn of events is not a coincidence but a conspiracy of Masonic lodge of the world. Nobody knows why someone wants to get rid of those who have improved their bodies with cybernetic implants. The world has been divided into "natural" and "improved" ones. This second group has been pushed out of society, they are deprived of rights and freedoms. People scoff at them on the street and the police rigorously supervise them. Even ghettos for this group of people are being built. Being "improved" ceased to be something fascinating and new, now it is hell on earth. The "improved", against their will, became impersonal killing machines. All this due to the intrigue of a dangerous masonic lodge.
In this part of the game, we re-play the role of Adam Jensen. Despite being part of the "improved" group, he was not assigned to the ghetto. As a member of the Task Force 29 section, he is treated with a reduced fare. Even so, it's hard for him to live in the world based on segregation and persecution.
The action of the game takes place in Prague. The climate of the repressions is felt at every step. Refined details, music and aesthetics of the game provide an extremely immersive atmosphere of the game.
Become Adam Jensen and fight the largest masonic lodge in the world!