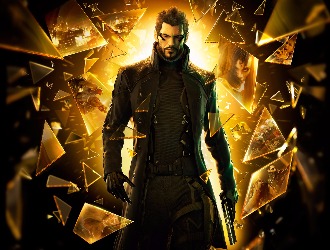 Deus Ex: Human Revolution is an action role-playing video game developed by Eidos Montréal. All the action of Deus Ex: Human Revolution takes place in 2027- the year of technological innovations. In this game you become Adam Jensen- the guy who after beeing turfed out of the local SWAT becomes security manager at Sarif Industries- one of the biggest biotechnology company in the world. During one of his missions Adam had been seriously injured. Our hero was darn near death but thanks to artificial organs, called augmentations, which were implanted in his body he got out of this alive. And more than that, with his new mechanical organs Adam becomes faster, stronger and more efficient than before. Now he is ready to track down all the criminals responsibile for the attack on Sarif Industries. Following leads he discovers worldwide conspiracy. Someone has intention to force the mankind's evolution to follow a particular path. You are the one to discover why and fight for the futere of our kind.
In Deus Ex: Human Revolution you can fight hand-to-hand and by shooting. Many of the solutions are taken from RPG games. Graphics and music of the game will put you in the incredibile mood. As Adam Jensen you will explore many differentiated landscapes, buildings, canals and other tight spaces. In each of them you will face dozens of enemies.