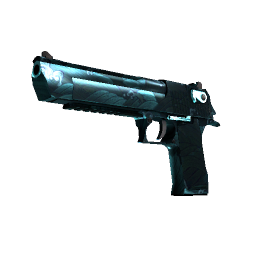 The Desert Eagle is an iconic gun - powerful and expensive. It is hard to master, but surprisingly accurate in long range. It was painted with a layer of blue paint and covered with hydrography in the form of a storm.

Exchange your Soul Gems for the Desert Eagle Midnight Storm!