Get DEAD OR ALIVE 6 absolutely for free!

Dead or Alive is a series of fighting games started in 1996 by Tomonobu Itagaki. The series has many parts and even a movie. The team responsible for the Dead or Alive series is called Team Ninja. The studio has already created such games as Ninja Gaiden and Nioh.

Dead or Alive 6 is the next part of the series of Japanese fighting games. The game is getting positive reviews among players thanks to improved its graphic design and combat system. A few new characters and a huge amount of costumes allowing to change the appearance of our heroes have been added to the game.

Dead or Alive 6 is a game not only for fans of the series but also for players starting their adventure with this kind of games. 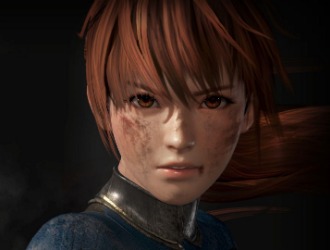 Dead or Alive is a series of brutal fighting games created by the Japanese Team Ninja studio. The series has already spawned over 20 games.

Dead or Alive 6 is the sequel to Dead or Alive 5. We have here lots of playable characters with unique fighting styles. A slow motion system and damage-vision during the fight were added to the game. The combat system has been adapted for beginners by adding a special button responsible for performing spectacular attacks and combos.

Do you want to play Dead or Alive 6 and face deadly opponents? Exchange Soul Gems for your own copy of the game today!