Get Cyberpunk 2077 GOG absolutely for free!

The CD Projekt Red studio began its career as CD Projekt, creating polish language localisations for games in the 90s. At the beginning it was a small studio located in Warsaw, which was tentatively entering the game market. In 2002, the first full-fledged production of the studio appeared. They created a game called The Witcher, and it was made on the basis of Andrzej Sapkowski's books.

The studio continued creating localisations in later years. However, the studio has found its purpose in creating productions referring to the Saga about The Witcher. None of the games, however, matched the popularity of the last, created in 2015, the third part of The Witcher series: Wild Hunt. The game brought international fame and great popularity to the Warsaw located studio.

By entering the international gaming scene, CD Projekt Red decided to create a completely new game, different from the original trend. That's how Cyberpunk 2077 was created.

Cyberpunk 2077 is a game based on a “paper” story called Cyberpunk and the role-playing game Cyberpunk 2020 from 1990. The release of this game has been planned for the first half of 2020. That’s a little bit funny because the game’s inspirational title was set in this year. The game is to be released simultaneously on PC, PlayStation 4 and Xbox One, unless new generation consoles are released by that time. This kind of scenario is also anticipated in talks with the creators.

Cyberpunk 2077 is a sandbox action FPP game. In Cyberpunk 2077 the elements of RPG are noticeable, that is, among other things, an extensive system of character development. The game has been set in the world of the near future in which there is no shortage of science-fiction elements. As you can easily guess by the title, the game represents the cyberpunk genre. This means that it shows a dystopian, not very optimistic version of the future, in which the high development of technology and cybernetics is intertwined with the still unresolved problems of the present society.

Cyberpunk 2077 is a hot and awaited game, not only by fans of the genre 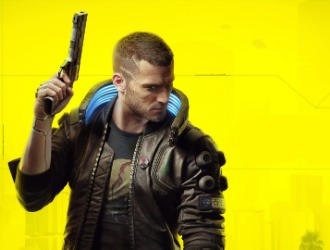 Every day our portal - Gamehag - tries to match the needs and requirements of our users. We strive to provide special gifts, gift cards and games which will win your hearts. It works this way even now - we have prepared for you a an exceptional game.

We are talking about a long-awaited, promising, hot position straight from the Polish CD Projekt Red studio - Cyberpunk 2077. The title combines elements of action, RPG and noir cinema.

Cyberpunk 2077 is the upcoming title of the Warsaw CDPR studio. The studio became famous thanks to The Witcher 3: Wild Hunt. Before the release of the third Witcher, the studio created also two previous parts of the game about Geralt. But the Wild Hunt from 2015 was the game which brought the studio such huge international popularity. Earlier, since the 1990s, CD Projekt dealt primarily with language localisations of most popular games.

Cyberpunk 2077 is a game set in the near future created in the science fiction style. As it is not difficult to judge by the title, the game represents the cyberpunk genre. It means that the game tells about a futuristic vision of the development of cybernetics colliding with the mundane problems that are tearing humanity. Interestingly, Cyberpunk 2077 was created on the basis of two masterpieces: a “paper” story titled Cyberpunk and the Cyberpunk 2020 game from the 90s.

The plot of the game takes place in the eponymous year of 2077. Cool cybernetic implants and modifications that improve ordinary people are in common use. The world "on the surface" is ruled by large corporations, while the "underground" is occupied by all kinds of gangs. In this dystopian, cyberpunk reality lives our protagonist, V. V is a beginner mercenary, trying to survive at all costs.

Are you interested in the Cyberpunk 2077 ? You can have it today by exchanging your Soul Gems.