One of the most recognizable superheroes in the world is Batman. We can find many films, cartoons and even a series of games about this cult character. Batman Arkham Knight is the fourth part of a game series about the Dark Knight.

Arkham Knight is a TPP action game in which the mechanics are similar to the previous parts. However, some significant changes have been introduced. Thanks to the new counter system, the Dark Knight must be more careful when fighting against more powerful opponents. Batman's vehicle was also added to the game.

Batman Arkham Knight is a well-polished game which is worth playing. 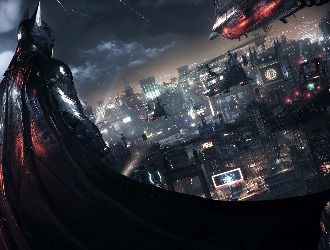 Batman Arkham Knight is the fourth part of a series of action games about the Dark Knight. The game, released in 2015, was created by Rocksteady Studio, just as Batman Arkham Asylum and Batman Arkham City.

The story begins with an earthquake. Batman's old enemy, Scarecrow, deployed fear-toxin bombs throughout the city. In the result the most dangerous criminals from Gotham are trying to take over the city.

Want to play Batman Arkham Knight and save Gotham from destruction? Exchange your Soul Gems for your own copy of the game today.