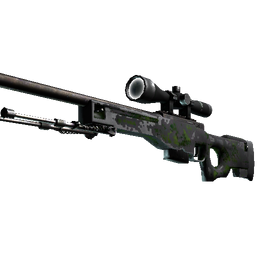 Counter Strike is a series of team shooters launched in 1999 as an add-on to the Half-Life. Released by the Valve Corporation in 2012, Counter-Strike: Global Offensive is the next part of the series presenting skirmishes of two five-person teams - terrorists vs. anti-terrorists.

The weapon you can see here is called a weapon of high risk and high profits. The infamous AWP is a sniper rifle recognizable thanks to its distinctive feature - one shot, one kill. The weapon was covered with hydrographics in the form of snake skin.

Exchange your Soul Gems for the AWP Pit Viper.