Get AUG | Colony absolutely for free! 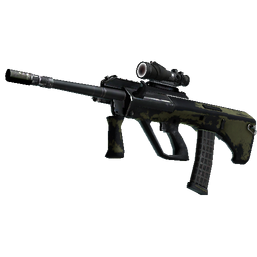 Counter-Strike Global Offensive is a free online shooter released in 2012. The game is focused on team competition. AUG Colony is an assault rifle available at the beginning of the game. It's not very powerful, but it's the most used rifle by many players because of its ease of handling. It has a small magazine, but thanks to its good accuracy, you can quickly fire it without having to reload too often. Exchange your Soul Gems for the AUG | Colony! The AUG is a rifle that is very popular among the players of CS: GO. It has a high rate of fire and can be equipped with various accessories, such as silencers or sights. This weapon was designed specially for the colonies of the Earth and this is why it has an orange-brown color scheme. Exchange your Soul Gems for the AUG Colony.