Get Arma Tactics absolutely for free!

Arma is a series of war games which began with Arma Armed Assault. The first Arma game was released in 2006. The game has many full-fledged parts and spin-offs. One of these side parts is Arma Tactics released in 2013 by the czech studio Bohemia Interactive. The game was originally meant to be created only for mobile devices, but it also hit the PC.

This is a turn-based game which involves tactical combat. We play the role of a four-person special forces squad. You can attack by surprise, using terrain elements to hide. 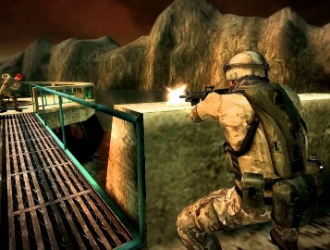 Arma Tactics is a part of a tactical shooter game series. However, this game is a spin-off, not a full-fledged part of the series. The game was originally intended only for mobile devices powered by Android and iOS. In 2013, however, the game came out on mobile platforms and PC.

In the game, we play the role of the commander of a small military unit counting four people. Due to the fact that it is a tactical game, the movement is turn-based.

Do you want to play this interesting, relaxing tactical game? Exchange your Soul Gems for the code to download the game.