Get A7M1 Plane absolutely for free! 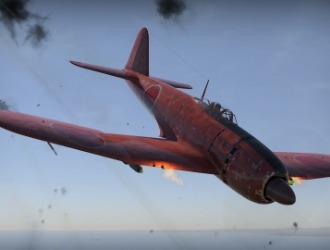 War Thunder is a game of the Russian studio Gaijin Entertainment released in 2011. This multiplayer simulator allows you to skirmish using historic vehicles from World War II or the Korean War. A special feature is the possibility of combined fights where pilots, sailors and tankers meet on the same battlefield.

The A7M1 is a Japanese single-engine fighter of the Japanese navy from the period of the Second World War. It was later called A7M Reppu and was the planned successor to the famous A6M Reisen also known as Zero.

The prize as only the vehicle is available only on Gamehag.

Exchange your Soul Gems for the A7M1 now!