Get A Way Out absolutely for free!

A Way Out is an adventure action game TTP designed for two players. Get this cooperation for free for yourself and your friend. Then take on the role of two fugitives, who must escape together from a guarded prison. 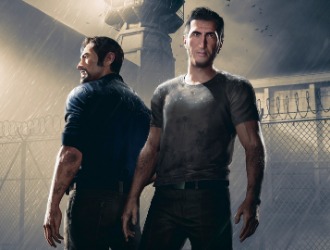 A Way Out for free!

A Way Out is an action game designed for two players, in which we play the role of convicts trying to get out of the American prison. The gameplay is very complex, which is why the developers did not foresee the possibility of playing with artificial intelligence but each A Way Out key contains a free pass for the other person.

The main characters of the game are Vincent and Leo, two outlaws convicts, with different personalities. Playing them, players must first escape from prison and then escape the law enforcement agencies.

In A Way Out we will play both through the network or sitting together on the couch, and when our heroes move away from each other, the screen will automatically split in half to show us the perspective of both.

Play now in A Way Out for free, with a friend or a stranger!