Disney Heroes: Battle Mode is a free mobile game for IOS and Android devices. This game is an action-packed game where you and your team fight against crazy odds. You can collect 30+ Disney characters, including the Incredibles, Wreck-It Ralph, Buzz Lightyear, WALL•E, and more, you can also battle with them. You can use up to five of these characters to team up and complete missions and even special campaigns. You can see your "Team Power" beforehand. To have an even better advantage you can upgrade your character's gear and powers, and you will love all of the holiday updates! Special abilities can be acquired as your team levels up. This game uses virtual coins and diamonds that can be used in-game, that you use to buy different characters and the better the character the more coins it costs, such as many popular games or you can use badges to get things such as +100 health. These coins and diamonds can be earned from playing the game or can be bought with real money using a credit card and other payment methods such as PayPal. This game is truly suited for everyone. You don't have to be good at role-playing games just to be good at this one. 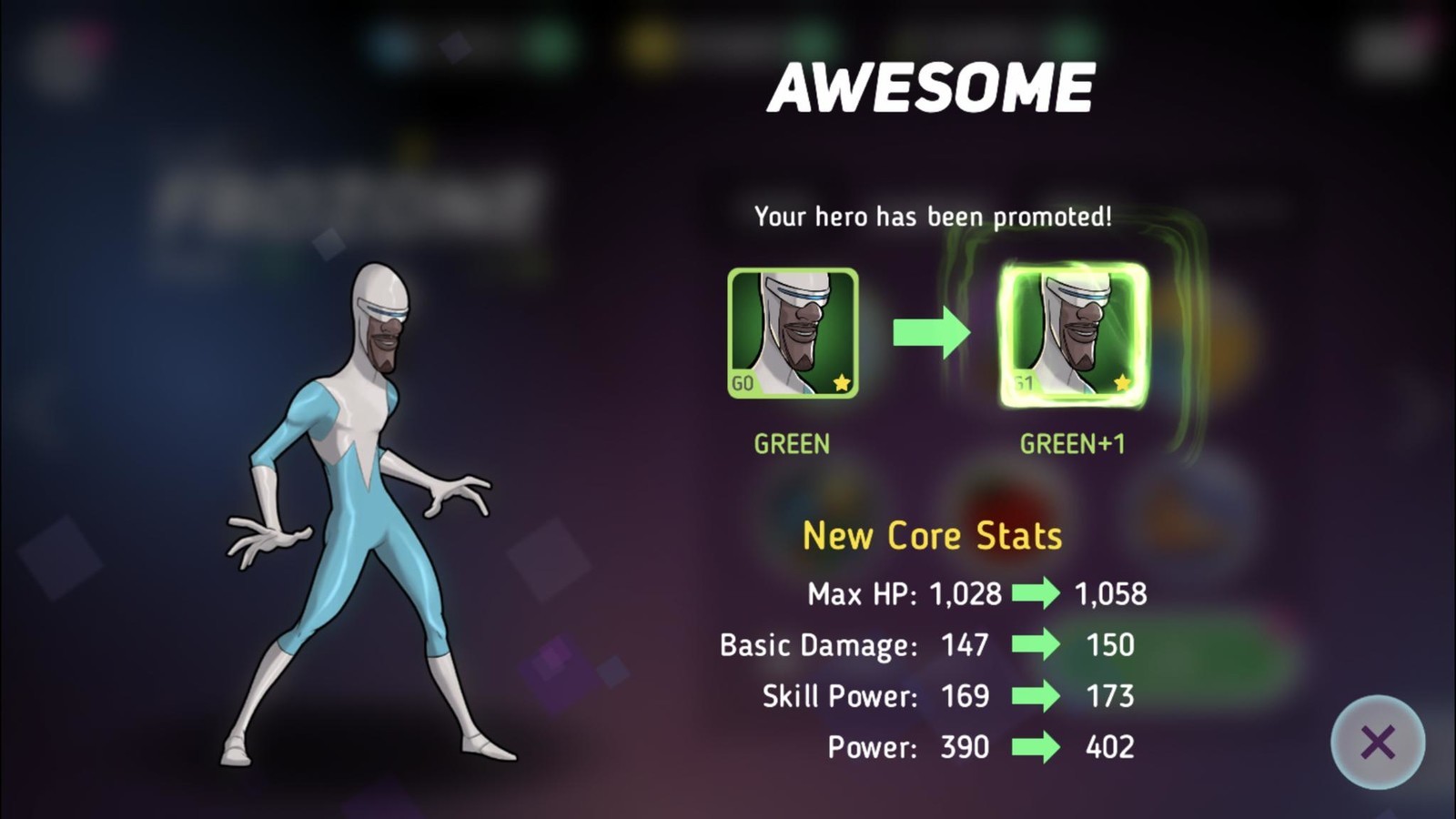 Should I play this?:

Easy to play: This game basically plays itself. All you have to do is pick your character in the beginning and tap on a hero's icon to launch a special move once it's charged. You can even make that move automated in the settings! The rest puts itself into place for you. You can even unlock an auto-battle function!

Violence: Fighting is the core of the gameplay as your team goes through each level having 3 waves of enemies to defeat. Or against another team in the multiplayer arena. Though there is a lot of fighting there is no gore/blood in this game. Instead, when someone dies they fall to the ground and disappear.

Language: The chat channel of this game is strictly filtered so no strong language is used but occasionally a heated argument can take place.

Consumerism: This game is free to play but it does heavily push players to buy diamonds and packages. Such as the VIP package to give you new characters and a higher log in bonus.

Quality: Disney Heroes Battle Mode features very smooth animations and transitions. The frame rate during battles is very impressive. To me it looks around 63fps. 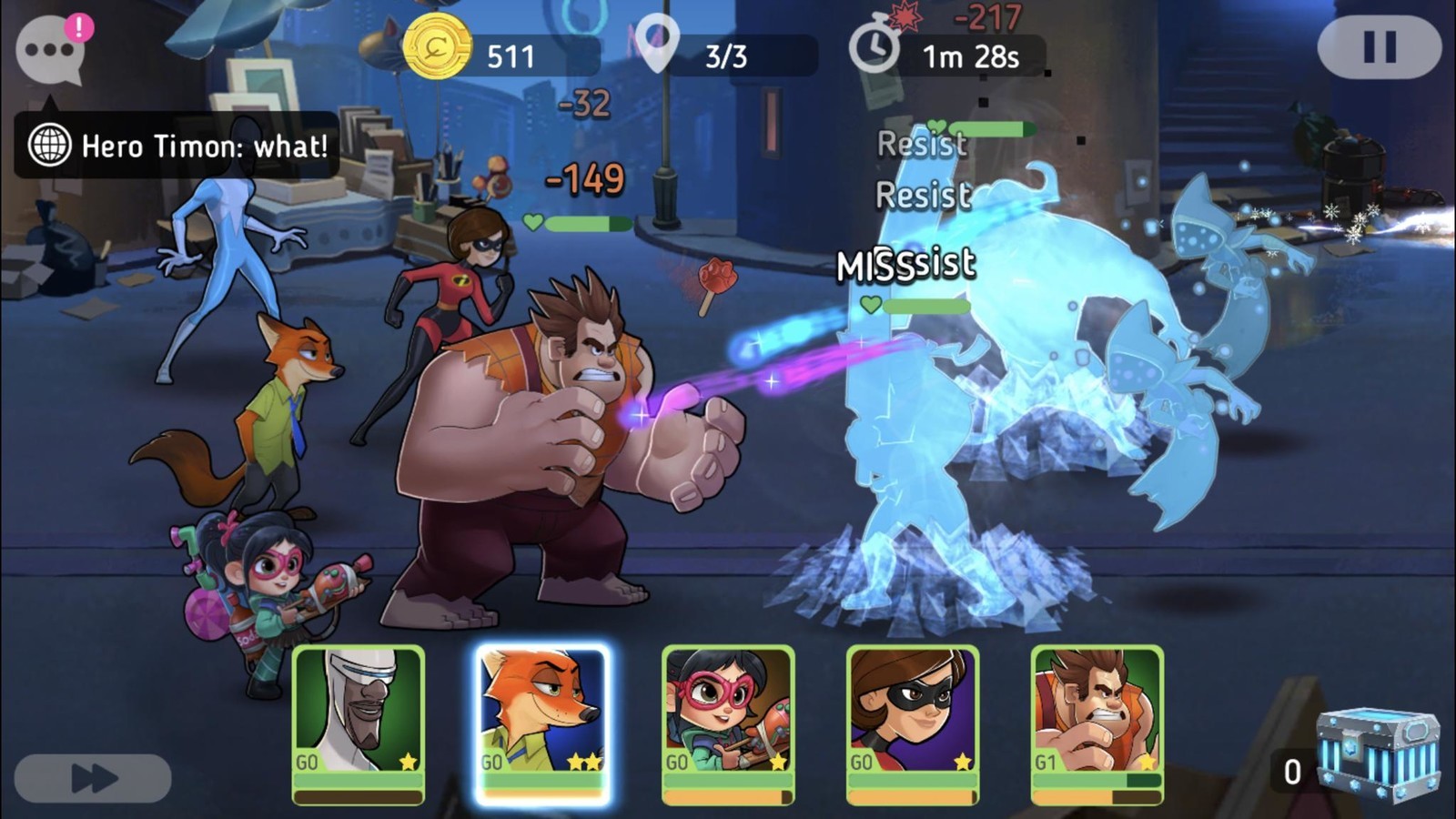 Team up and save the world, and don't forget to save the heroes that have been corrupted by the virus turning even their own families against them! Enjoy!
Coming soon:
Toy Story characters
Kim Possible
Beauty and the Beast characters