I'm here to introduce you to one of my favorite, if not THE FAVORITE mobile game ever. Transformers: Earth Wars. The game is "Build a base and defend it" type. You can attack other players, form alliances and so on. When you start the game you can choose between being an Autobot or a Decepticon. And from then, the automated tutorial will take care for you. This "tutorial" is here to simply show you the game. Enjoy!

Here are the things I will talk about today:

1. Building your base:  This is one of the key aspects to becoming good in the game. You don't just spread everything out randomly and hope for the best. Read the description of every building, think what would be the best position for it, make multiple defensive lines. You can collect resources from your production buildings. The main resources in this game are: 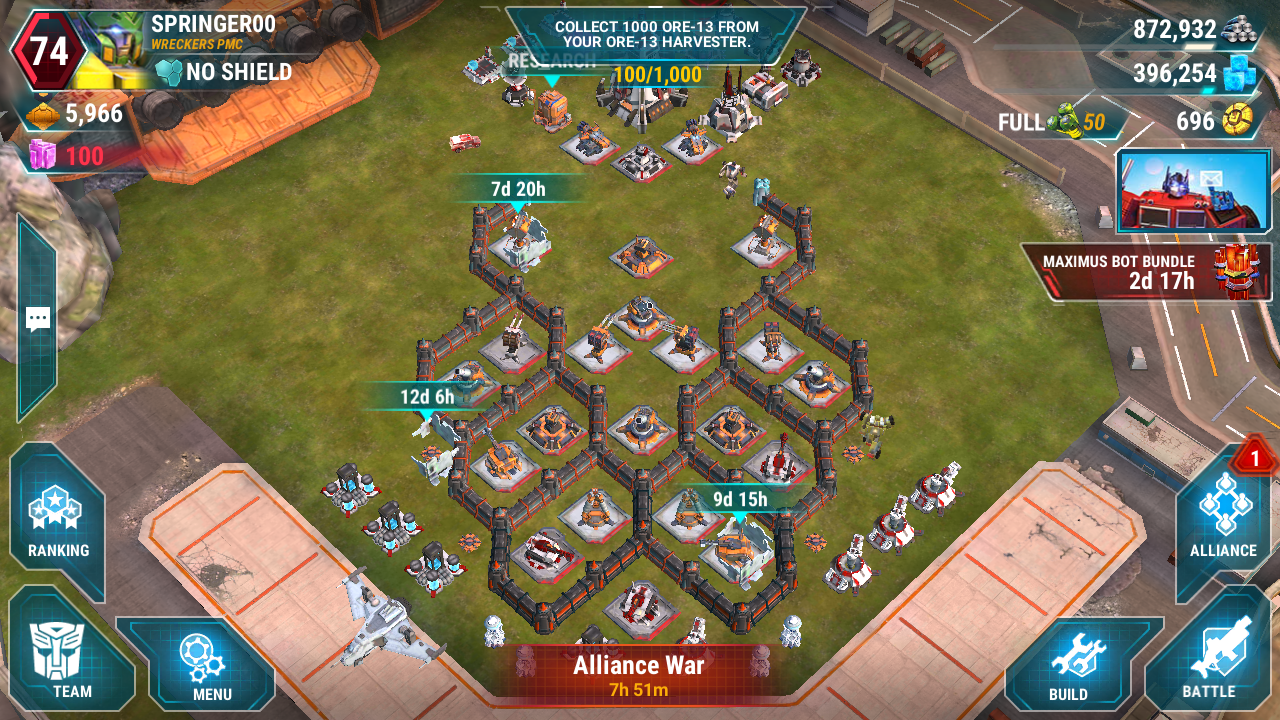 2. Build your Attack Teams: In the beginning you will be pretty limited in what robots you can take on missions and how many teams you cam have. But with time your arsenal will expand. Pick the best combination that you think that might suit your needs. Each robot has different ability so you should read carefully before rushing into combat unprepared. There are 5 tipes of robots:

- Special - They're highly individual, and their ability differs greatly from each other, so it's best if you get to know them first, before going to battle.

- Warriors - Thier abilities are mostly for absorbing damage and keeping your other robots from getting damaged (dmg sponges) They have the highest amount of Health, but also quite often, the lowest damage output.

- Gunners - They are your main damage dealers. Their damage output is often the biggest one among other robots, but they're also one of the most fragile robots. Keep them in the back at all times. They often specialize in high damage to big area.

- Aerials - They're the middle ground between Warriors and Gunners, but do not excell in either role. They often specialize in high damage to single targets.

- Medics - What should I say about them? They keep your team alive during the attacks on enemy bases. They do very little damage (they only do damage when they're the only ones left on the battlefield), instead they specialize in healing your other bots. 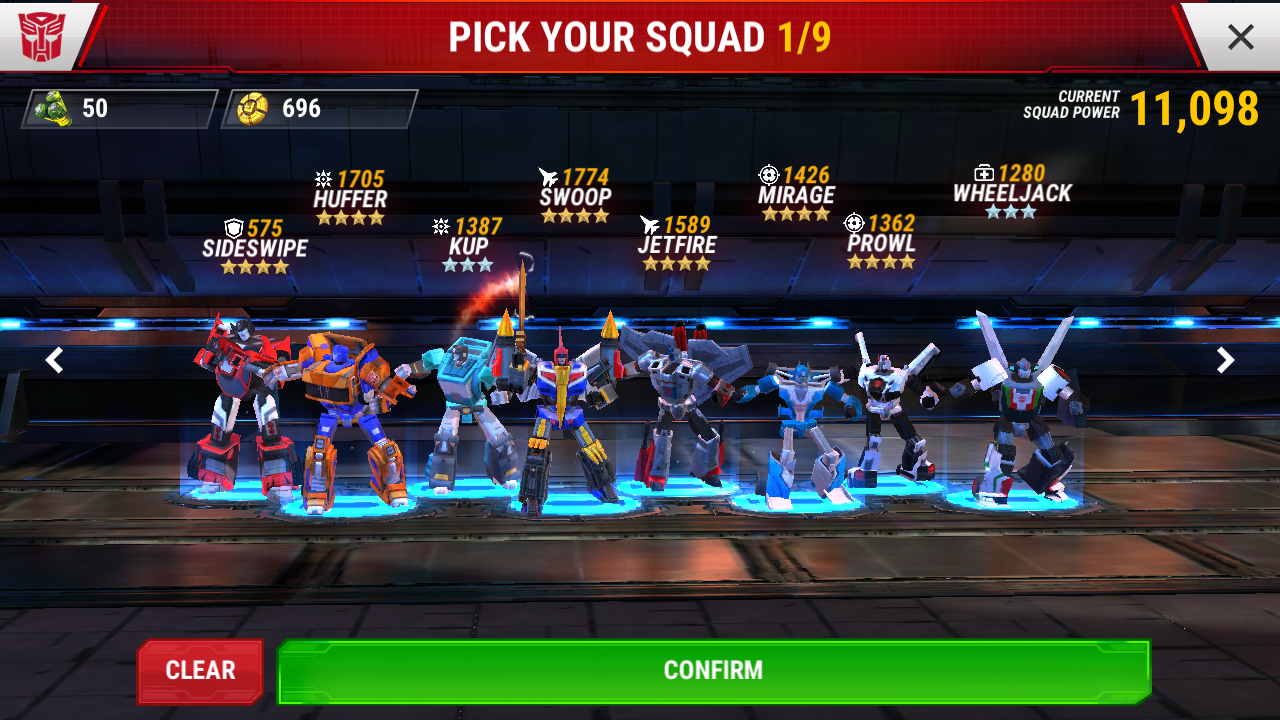 The numbers above their names represent Power Score. The higher the Power Score, the better.

3. Selecting a Battle Zone: Selecting the Battle Zone is quite easy. You simply have to choose from one of the "recommended" zones with green numbers. The green numbers mean that your team's power score is eaqual or higher than the zone itself. The orange numbers mean that your team is weaker than recommended and chances are you're going to fail the attack. 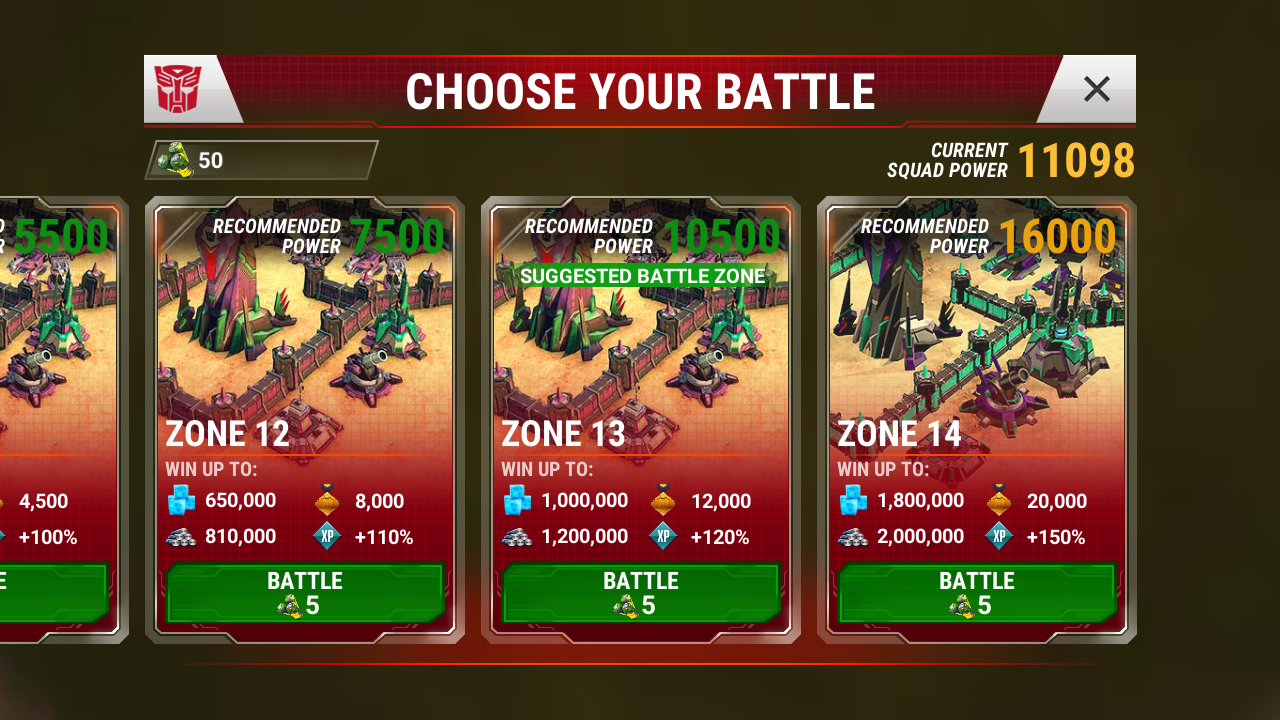 (The screen with which you select a Battle Zone)

4. Earning Experience and Upgrading your bots: Earning experience is done by attacking enemy bases. If you win you earn full experiencem if you lose you earn limited experience. Experience is earned eaqually between all robots THAT HAVE PARTICIPATED INTO THE ATTACK. If a robot's assault team has won a battle against an enemy base, but the robot was not deployed, said robot will not receive ANY experience. To attack an enemy base, you simply need to select your robots (they will be selected automatically from left to right) and tap onto the green zone at the bottom of the map. 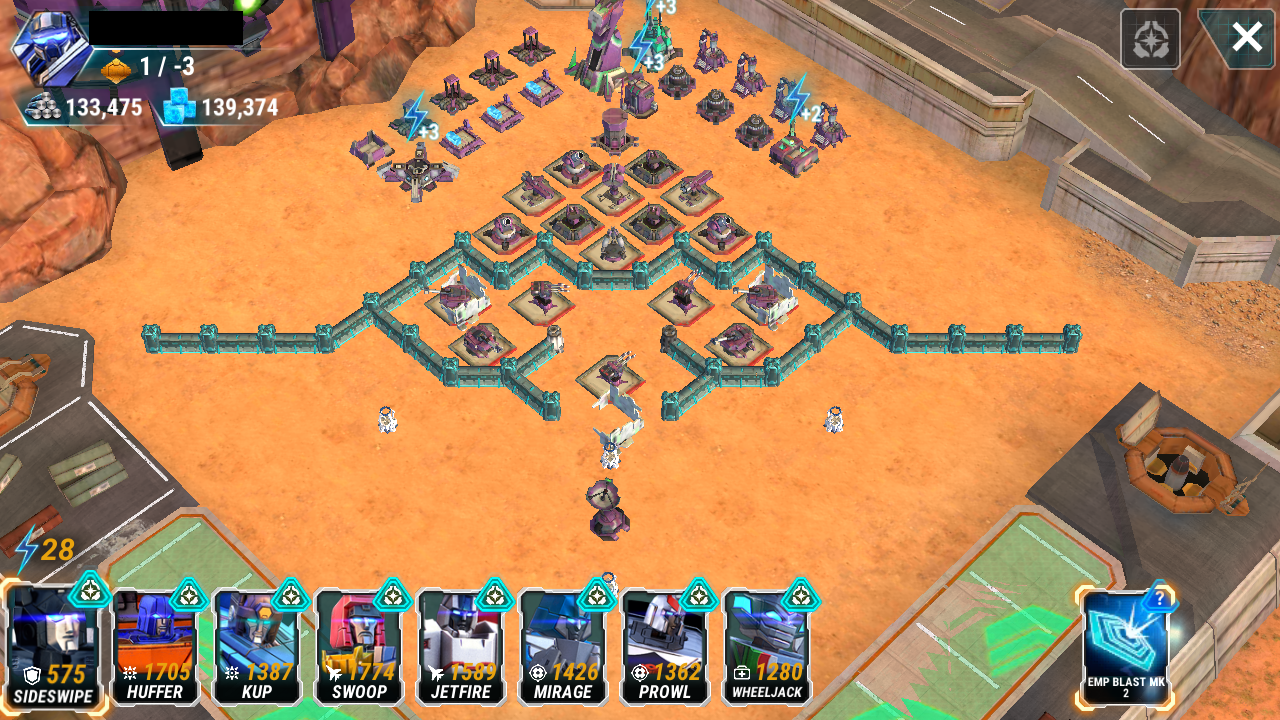 (Me, attacking an enemy base) 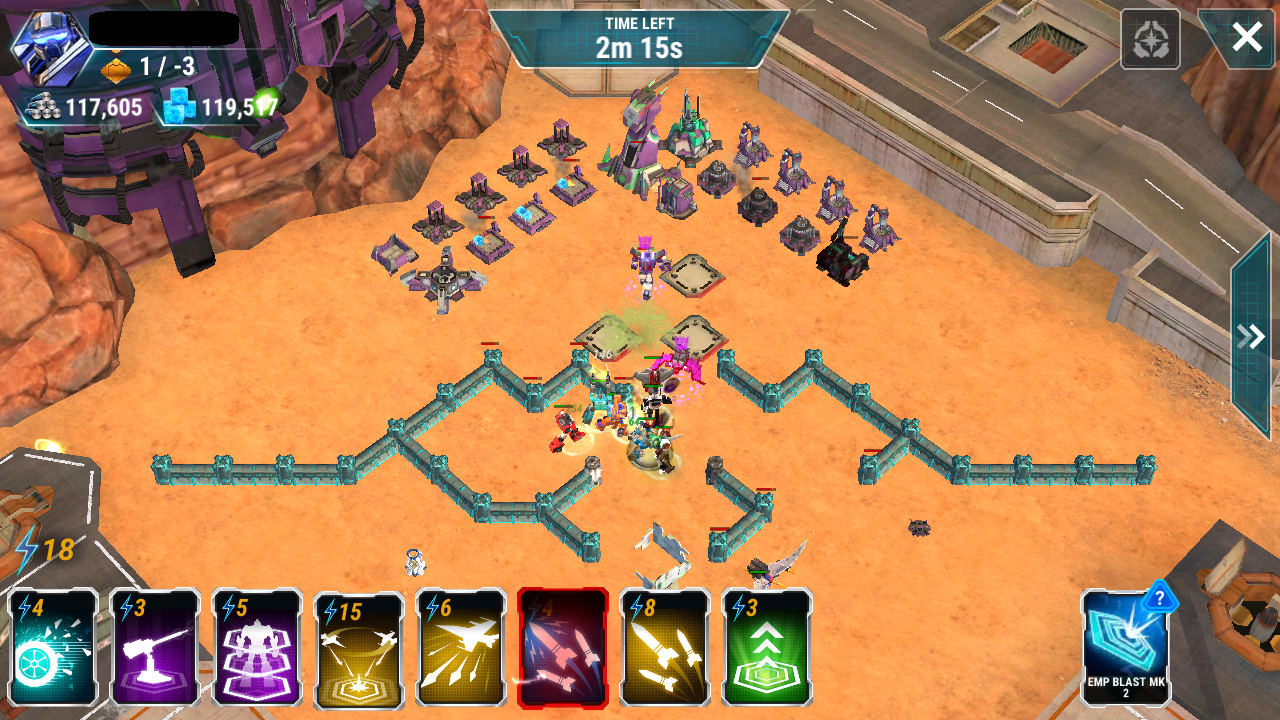 (Note the Special Abilities's icons. To activate them, simply tap on them and select an enemy, friendly or an area on the map)

After earning certain level (or shall we say experience gain) a robot can be upgraded to become more powerful. This happens through the Research Lab. Upgrading bots will cost you Energon. From here you can also upgrade your bots's special abilities, making them even more powerful. For this you'll need both Energon and Sparks. 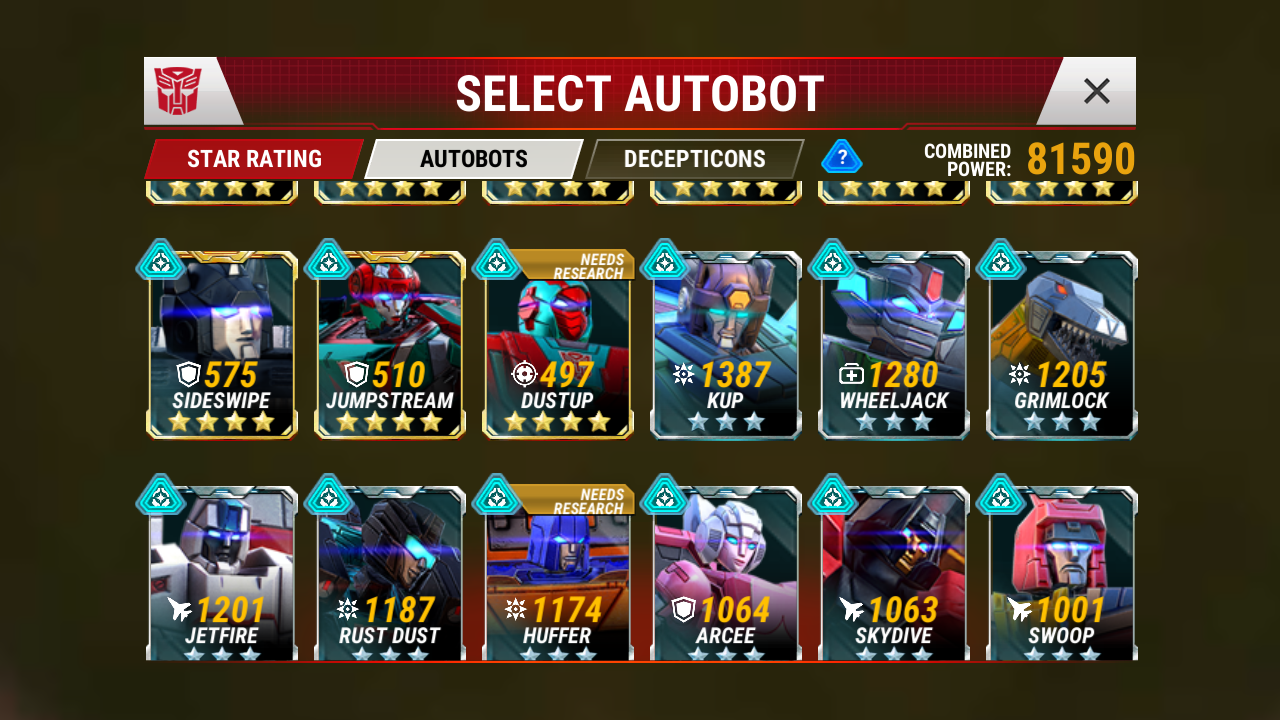 (Note the "Needs Research" tab. This means that a robot is ready to be upgraded)

5. Combiners: These robots are much bigger, than the rest since they're made up from 5-6 other robots. They can only be formed from 3* robots or above. (A * represents how powerful a robot can be: 1* being the lowest and 5* being the highest.) They're especially useful for cracking down really tough bases. They can be upgraded too, but for this you will need the Combiner Lab. (You can only build Combiners from your own faction.) 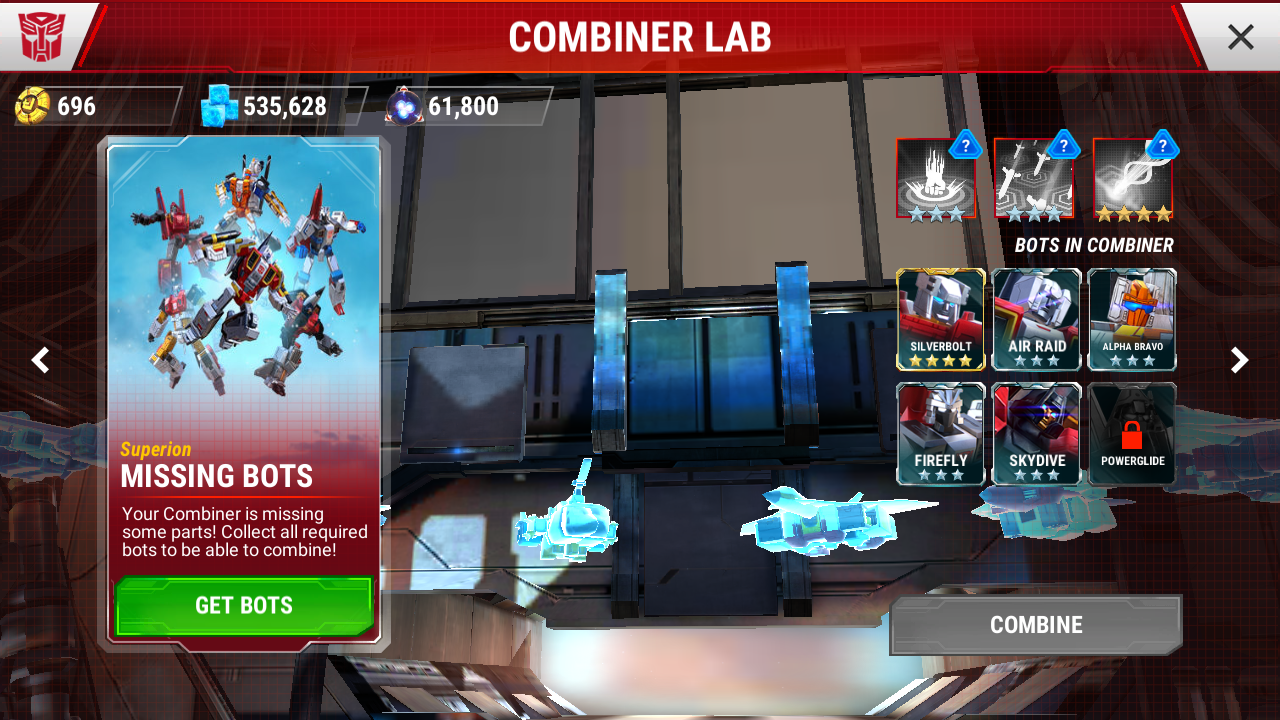 (A Combiner Lab. Note how I miss just 1 robot for the selected Combiner.)

6. Alliances and Alliance Wars: In the game you can create an alliance and gather more people to fight together against the other faction. You can name it yourself, give it a description, set the rules and so on. In it you can have 3 officers (for the current build) which can help you with reviewing recruits, keeping the order, observing who's helping or not and so on. When you have a set amount of people (balancing purposes), you can enroll for an Allaince War. The war will be active for 24 hours and you will be notified when it begins. Then you will have to attack 5 bases from the enemy Alliance. 4 of them are randomized between the clan, but the last one will ALWAYS be the base of the Alliance's Commander. For each successful attack you're rewarded with points. The Alliance with more points at the end of the 24 hours wins. If you win, you get Crystal Shards, Spark, Energon and Alloy, depending on the League you're in. (League means the different levels in which an Alliance can be, depending on it's overall power.) 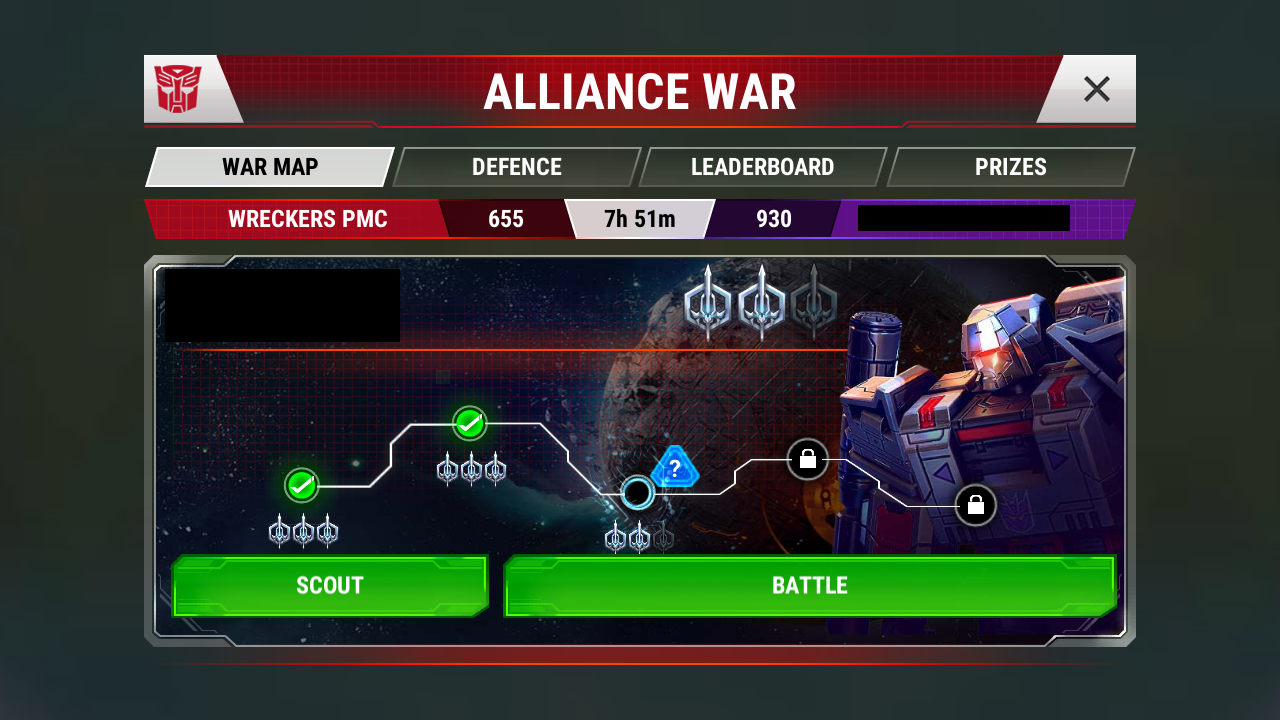 (Currently I'm struggling with the third base here.)

7. Weekly Events and Obtaining new robots: Weekly events are events, that are held each Weekend from Friday to Monday (At least in my time zone.) They vary types and prizes. Some events are solo, meaning you can do them alone, while others require an Alliance. The prizes vary too. Sometimes it's different Resources (crystal shards, spark, energon, etc...). Sometimes it's 3X Experience for your robots and minimal prizes, other than the experience itself. Sometimes even straight up crystals with guaranteed new robots. (That happens mostly when a new robot is released, or when the devs don't have any other ideas and let us test our luck with some of the rarer to obtain robots. Obtaining new robots is done through Crystals. You can get them from crystal shards or buy them in the in-game store. 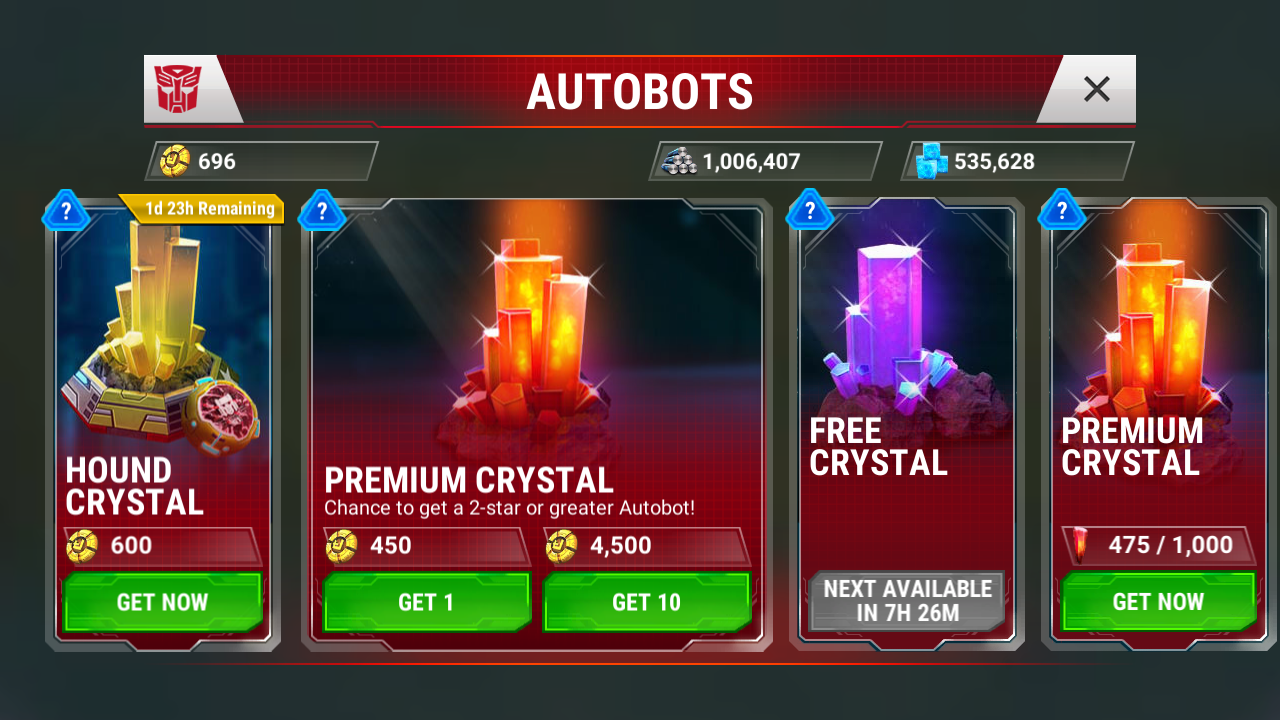 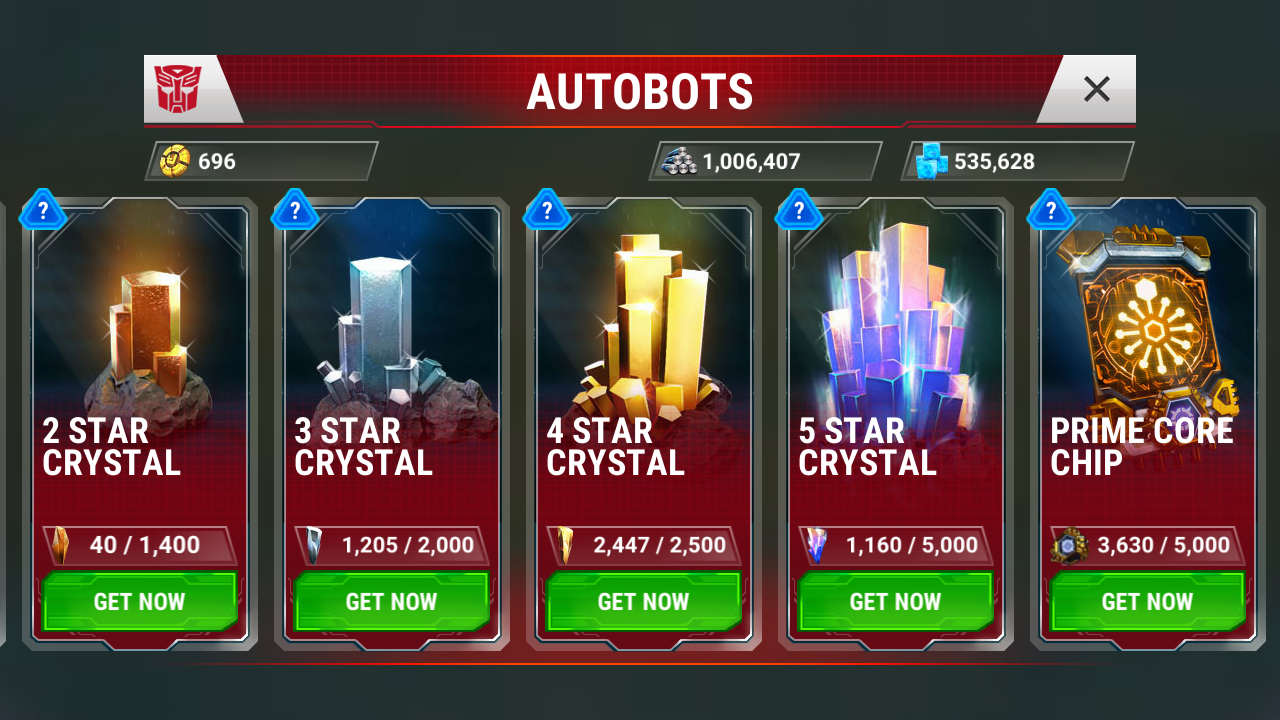 There are more things to talk about, but I think that this is enough for now. OVER AND OUT!

(P.S. If you're interested in joining an Autobot Alliance search up "Wreckers PMC" with a Leader "SPRINGER00". You're always welcome if you're active in War or Events.)

Looks good! I did some searches and can't find anywhere it's copied from for those that suspect! So good job!

Awesome. A bit long but it's well written. I like it.

This Is The Correct Way Of WRITING an Article!!

Now this is what articles should be like. Great job!