One of the most realistic games in the genre of survival. I stumbled upon this game completely by chance, seeing the passage on YouTube. I was interested in the game and I decided to try to play it myself. At first I downloaded the game for free, but I liked it so much that I even decided to buy it. And even more so was the sale and I was lucky with the price. But the game is worth the money spent, even without a discount.

The game has a plot (several episodes), tests (for example, you need to kill a bear), as well as a survival mode. When the plot appeared, some did not like it, because most likely focused on beginners (especially at the beginning of the first episode). I started immediately with the plot and I liked it. Pleases and the fact that it is not necessary to follow strictly tasks, you can wander around the neighborhood and do what you want, but do not forget that the food stocks are not infinite. In the plot, in addition to the main tasks, there are side effects, mainly the search for caches. Somewhere you find a note, it says where the cache is, as well as a symbol appears on the map, then you go there and pick up the supplies. After the plot in survival mode is rather unusual. The plot was autosave and the ability to load the previous save if the character dies. There is no such thing in survival mode. On the one hand, this is unusual and a bit offensive, but on the other, it is unusual and realistic! At the moment I am passing the second episode of the plot, in the survival mode I played a little, but I have not passed the tests yet. But even now I can tell a lot. 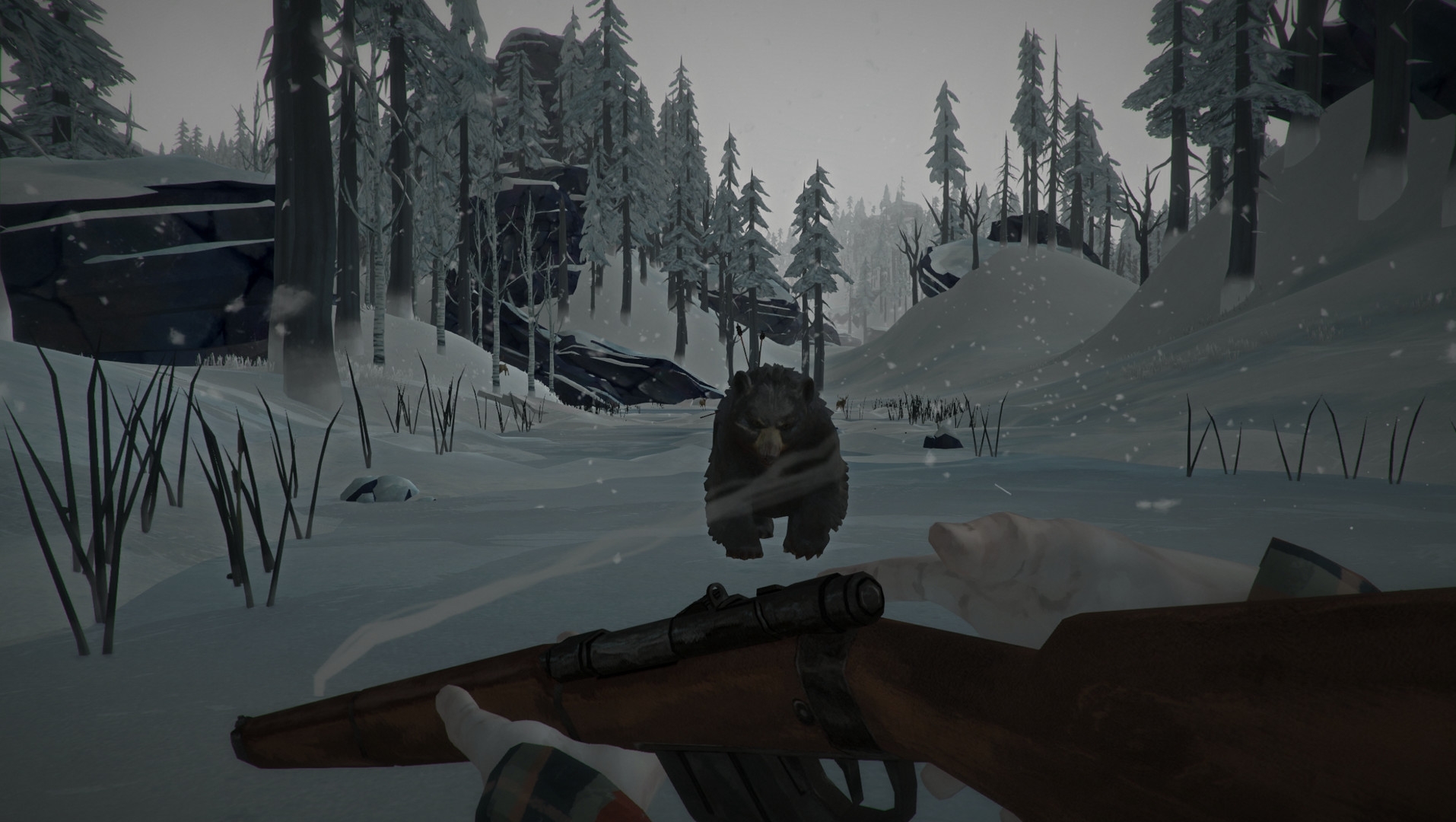 Above, I have already mentioned that food stocks are not infinite and it can end at the wrong moment, this is where real survival begins. When I was finishing my first episode, I searched every house in Milton and the surrounding area, there was no food anywhere else. But I was more or less prepared for this - I set up traps in the habitat of rabbits. When they were caught, they ate their meat. The truth of this is also not very enough, the benefit sometimes came across the corpses of deer who were killed by wolves. The fact is that usually you can take 1-2 kg of meat from a corpse, because wolves eat up a large part. But a couple of times I caught moments when a wolf ran after a deer and attacked him. I scared off the wolf with a signal pistol, and took all the meat from a deer myself, and this is 6-8 kg !! But, by the way, even with a small amount of meat you should not walk around, as wolves can easily smell and attack you. Meat can be cooked on a fire, as well as in the stoves in the houses. You can also cook something else, such as warming up a jar of tomato soup, or making coffee. You can heat the snow and then boil the resulting water, making it potable. It is worth mentioning that all food can deteriorate. If you eat something wrong, you can get food poisoning.
There are four parameters: temperature, fatigue, thirst and hunger. They need to follow. If you go out into a snowstorm at a very low temperature, you can quickly grab the risk of hypothermia, and then, in fact, hypothermia itself. The ice can be thin (a warning appears about it), for the first time I didn’t really expect this and fell through the ice, thereby instantly earning supercooling. In addition to such means as antiseptic, antibiotics, etc., you can find Reishi mushroom or wild rose and make them tea, which can cure some diseases like antibiotics. 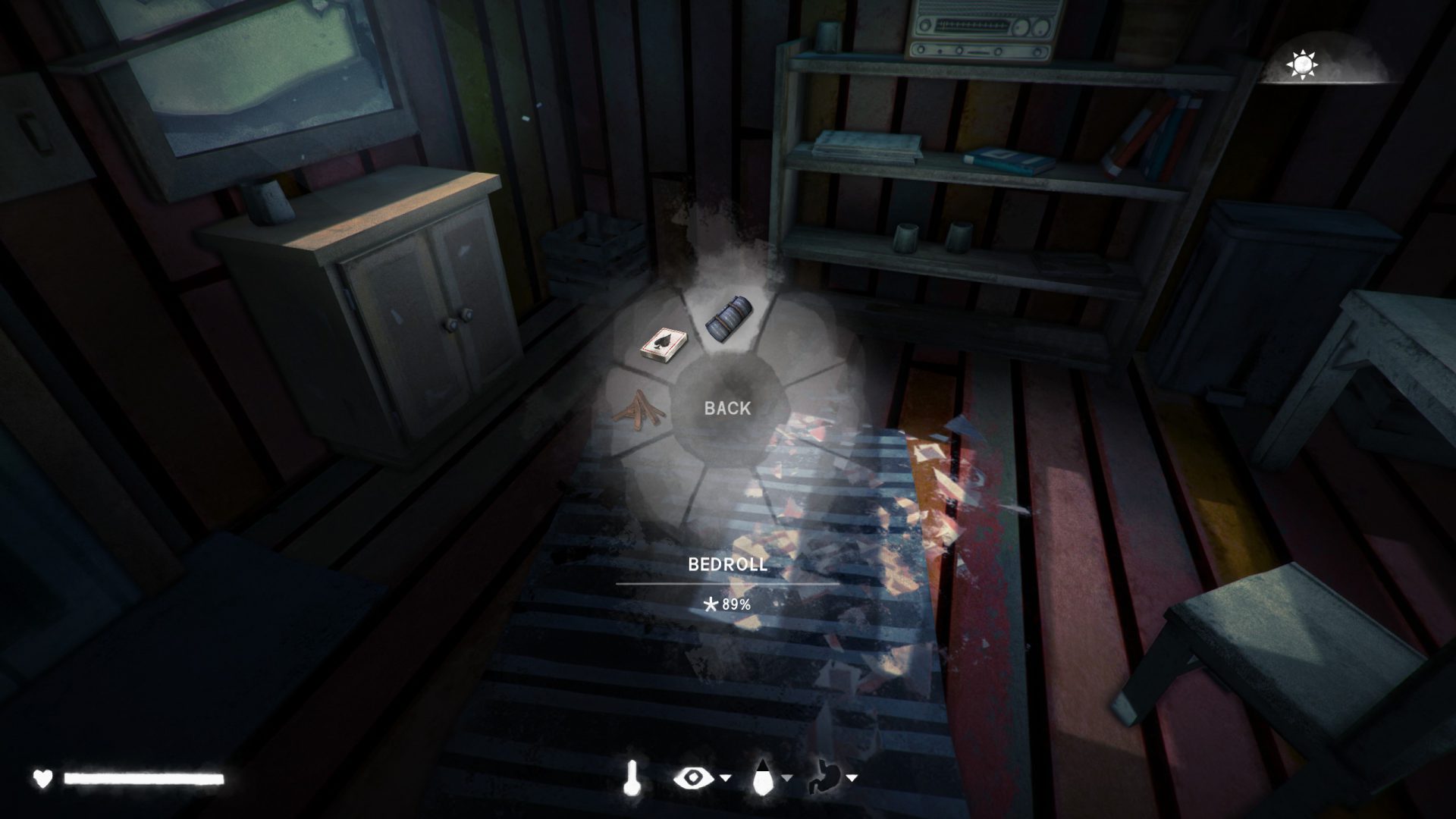 There are quite a lot of tools: a hatchet, a knife, a nail puller, a handsaw, a hammer, and so on. From the weapon there is a torch (they can scare away wolves), a signal pistol, a gun and a bow. As well as with clothes, some tools need to be sharpened (knife and ax), for this you need a grinding stone. The gun must be cleaned using a cleaning kit so that there are no misfires when firing. Cartridges are mostly rare, but for example now I have 20 cartridges and this is normal. Somewhere it is quite possible to find a pack of cartridges, in which there are 5 pieces, and also somewhere else cartridges will be dragged by the piece. In this game, everything is worked out so thoroughly that when a character is very tired, he not only walks more slowly, not only can carry less weight, but also aim from a gun and get into a wolf running at you in general is unrealistic. So being tired is better to avoid such meetings with animals. But usually getting into the wolf is not a problem, you can even kill him with one shot. I remember once I saw him chasing a deer, I waited for him to fill him up, sneaked a little closer, and while he quietly ate his prey, I shot him. Then he feasted, collecting a lot of meat from both. 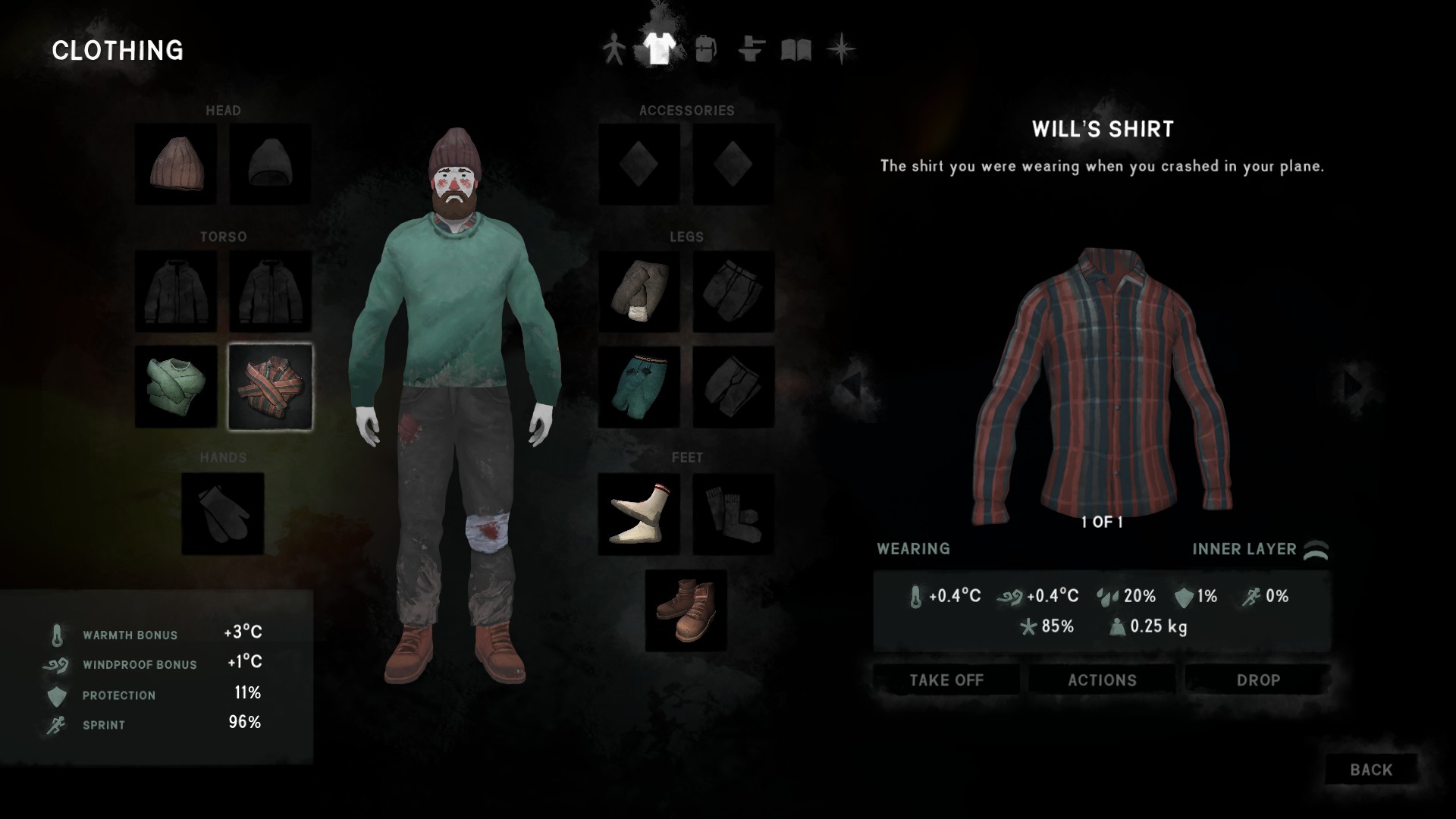 Final opinion on the game.

The graphics in the game is unusual, but I was very pleased with it, because it is amazing. I do not know what she bribed me with. Perhaps its simplicity, attractive style of drawing. Musical accompaniment at a height above all heights. And I'm serious now. Music is a masterpiece, plausible voice of the main characters (male and female voices), and background noise and so on adds to the atmosphere of this game. To admit, knocks and squeaks, distributed in houses, in complete silence, I was pretty much strained at first. Obvious cons of the game, I did not notice. There were no flights for all the time, as well as hangs. Everything works stably, regularly. The only thing - sometimes it becomes inconvenient because the main character is not able to jump. What is my verdict? The game is definitely worth buying and playing, but be careful: it can delay! 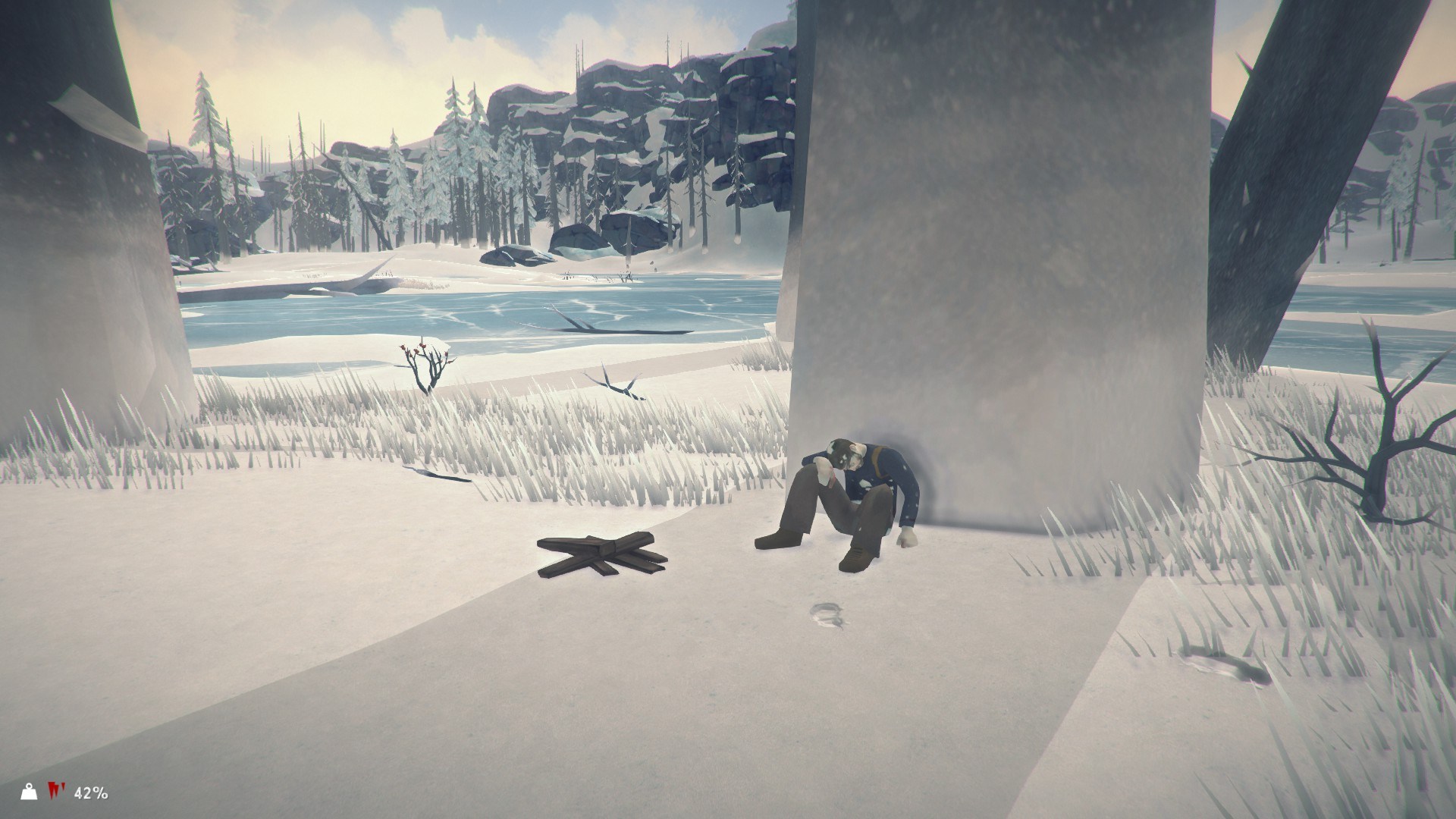 Nice, good job.Good luck in all your endeavors!!

Great article and now I am a bit persuaded to get the game.