Rate this article "THE INPATIENT- REVIEW"

Until Dawn of 2015 was a pleasant surprise that I went through in almost breath, or more precisely in one night from Friday to Saturday.

This game reminded me of great days when on the TV show on the weekend horror classics and I think that by successful use of the system of decisions and consequences of Until Dawn I became a classic horror genre. So I was intrigued, and VR plays The Inpatient, which serves as a prequel of the story of Until Dawn.

I can say that The Inpatient cleverly extends, or complements the unforgettable story of Until Dawn.
The link between the two games subtly appears after half an hour of playing, and by the end of the game you can see a full circle, that is how all the events were reflected at the beginning of Until Dawn. The links between these two games are well integrated in the wider story, but this is probably the only compliment that The Inpatient can give. 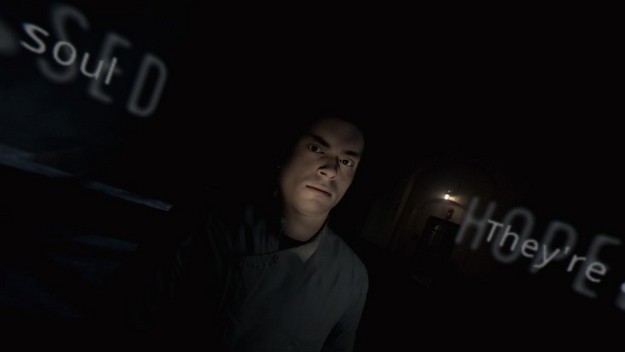 Unfortunately, this is about a bad, poor and boring game. First and foremost - The Inpatient is not a horror game in the true sense of the word, because it does not have the danger that your character will be hurt. Trailers for the game in this way deceive the viewers and lead him to guilty conclusions because there is no hiding or fleeing from the enemy, no fighting, no survival or anything like that. It's only for you to walk (usually following other characters) and occasionally open a door or press a button. The only optional element of gameplay is that you can read different documents to learn more about the background story.

The Inpatient wants to classify itself as a horror adventure with its atmosphere and using a few inexpensive jumpscare fears. The atmosphere is nonexistent because you are constantly exploring the environment in which 80% of it is darkened, empty and linear. No sound is used at any moment to raise tension, and music is just casual, as if somebody let a playlist of top ballads out of the fifties and took off the first two things from it.

"The atmosphere of the game is nonexistent because you are constantly exploring the environment in which 80% of it is dark, empty or linear.

As in Until Dawn, your decisions here have their consequences. But in The Inpatient, it is always binary and based on dialogue, which means less exciting. Moreover, there are only five or six such decisions in the game and they are related to characters that are so unattractive that it is completely unclear to you what the consequences will be for them. It was not possible otherwise because the game ends in less than two hours, which is a shame. True, there is a re-switch option to see other possible choices, but I really would not recommend it. 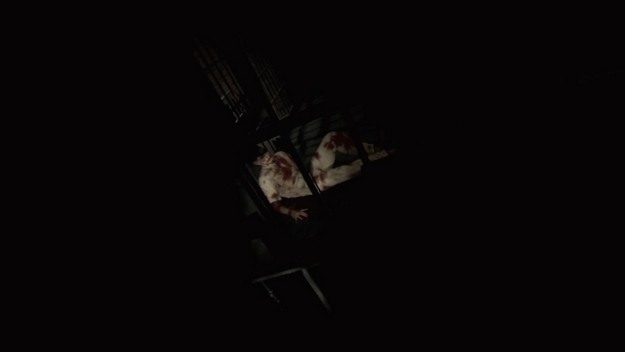 Gameplay in The Inpatient is like swimming in the mud. Pray for the unattractive corridors, wondering why your character can not run, trying to find something interesting, but just seeing awful controls. Nor is it clear to me that it is possible that in 2018 there are still games where the basic movement of characters is a problem. At times I happened to have not been able to go through the open door at The Inpatient. The character would cling to some invisible part, and the control system is such that in that case you can not make a step back / left / right and go through the door as a normal man. No, here you have to turn the camera, go ahead, turn the camera back and try again through the open door.

"At times I happened that I could not even go through the open door at The Inpatient.

If things are worse, the problems are not just about it. In The Inpatient there is no clear indication that the door can be opened and not, so often happen and kiss some doors that do not react. If you approach them very close, the screen for some reason becomes completely dark - you do not see anything literally until you turn in the opposite direction. These dimming of the screen are also part of the story, but most often the result is a technical limitation, or a concealment of the load or something entirely different. The budget for this game was probably limited, so developers did not even try to animate some scenes. The result is that at the moment of action the main character loses consciousness so he does not see, but only hears what's happening around him. 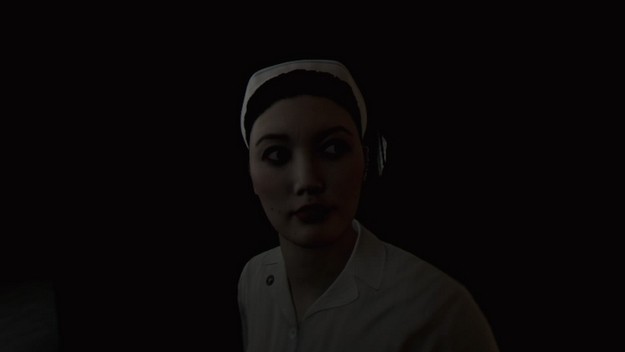 It should be said that the creators of the game at least tried to include recognition of voice commands, which means that you can offer answers by saying sentences that appear on your screen. Voice recognition generally works without any problems, but in fact there is no meaningful application other than "fora". Namely, this is how you have to turn your head in order to see what you have in the offer to say, and when it is already so, it's easier to pick a response with a key than to say it.

Given that this game does not last longer with its duration, I do not think it should take long to conclude about it. At a price of 40 euros The Inpatient is an insult to the owners of the PSVR, the fans of horror and even the fans of Until Dawn. To randomly buy two copies of Resident Evil 7 instead of one, you would be happier than playing this game. I really do not remember when I last played a boring game. It's so hard that I was even glad she ended up so fast and fast.

The Inpatient is above all a deliberately boring title, then a bad horror adventure and a poorly realized game in virtual reality.

Rate this article THE INPATIENT- REVIEW

Looks like a horror for me xD But I like how you wrote about it! 3 stars from me and keep your good work up!

Thanks for the warning against buying this game. If it goes on sale for a lot less I'd give it a try though (now that the game is much older).

Nince article i like it.How can i get a lot of gems ?Can u guys help?

i dont think this article describes all of it....