Super Meat Boy is a platform game, that was made by Team Meat on 10/20/2010 and was released on XBOX, PC, and Nintendo Switch. In this game you will play for a Meat Boy, who will pass through dangerous levels, with a lot of obstacles, to save his girlfriend - Bandage Girl. In order to save her you also need to defeat the main antagonist - Dr.Fetus.


Gameplay in this game is pretty simple, yet pretty interesting. Every level in this game is a challenge. This is a classic platformer, but with many obstacles. In this game obstacles await you at every corner of the game, each level is literally teeming with saws and circulars. The game consists of six chapters and one bonus chapter, in which you can play for Bandage Girl. Also, this game has a bonus levels that will open when you enter the portals hidden at the level. Moreover, this game gives an opportunity to change the main character by collecting plasters in hard-to-reach places at levels. And of course, there are also bosses at the end of every chapter. In my opinion, some of them were done really great. For example, at the end of the second chapter there is a boss named C.H.A.D, and for defeating him you need to pick up keys which will open passage for going higher. On the highest spot of the level there is a light that will help you to defeat him. So, bosses in this game are pretty unique, and it's really interesting to fight with them. 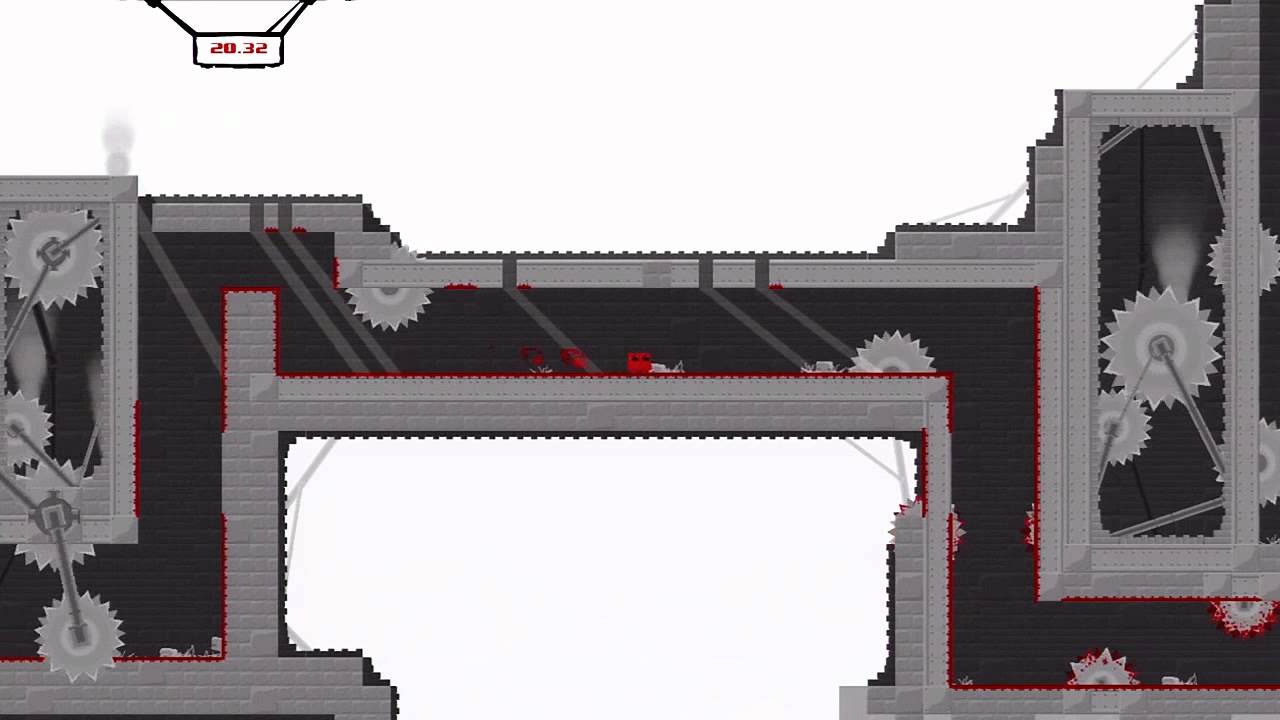 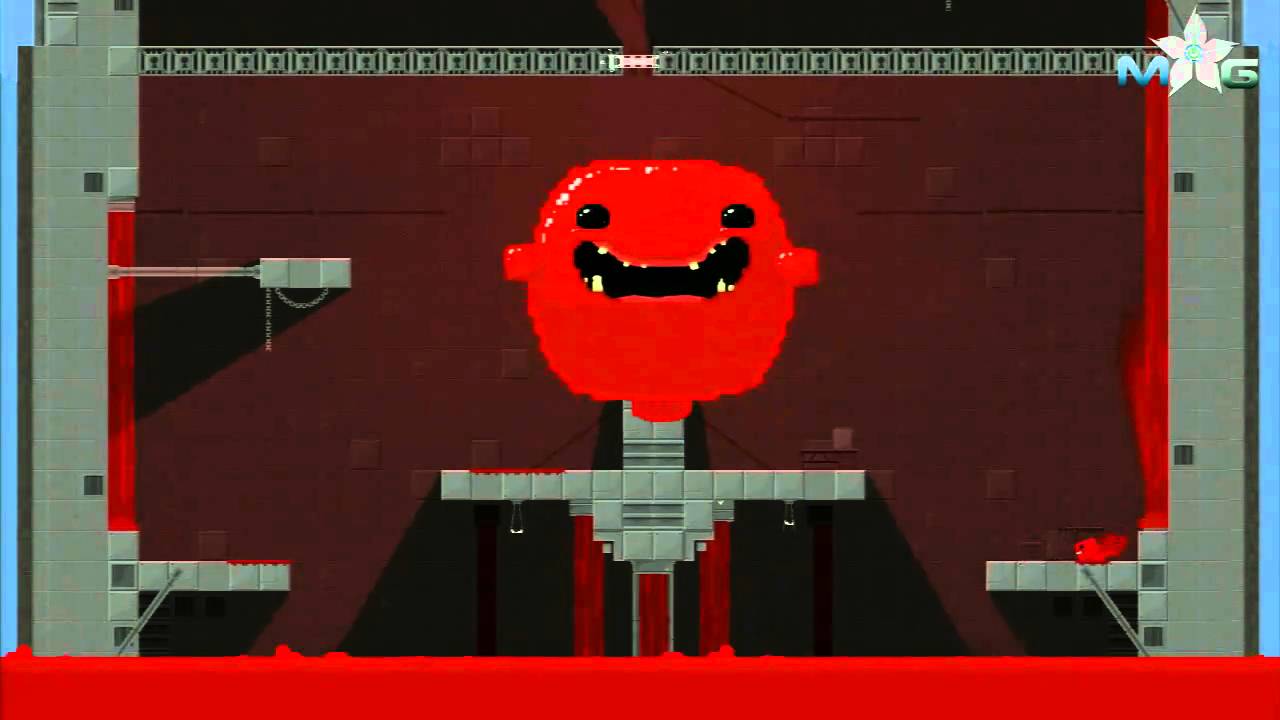 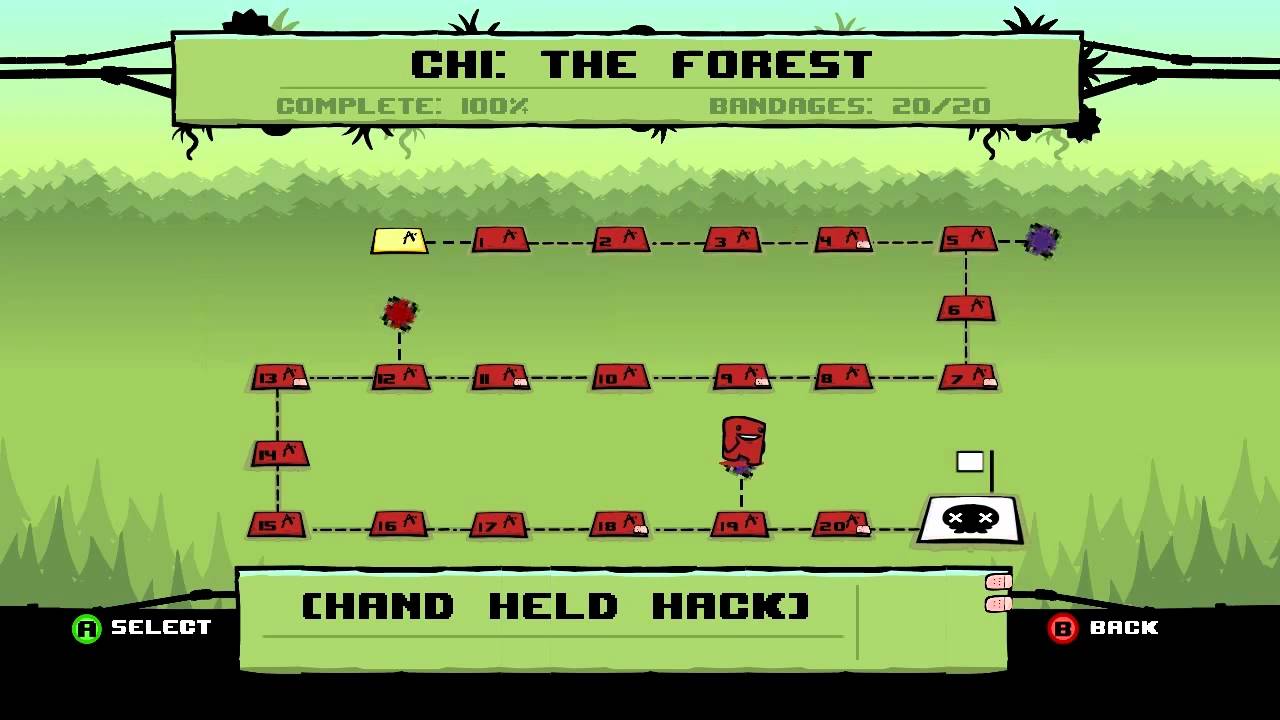 The story begins with a cutscene. On one of the summer days, Meat Boy and Bandage Girl just walking at the forest, and then Dr.Fetus comes out of nowhere and steals Bandage Girl. After that he burns the forest, so now Meat Boy needs to save not only his girlfriend, but himself as well. In my opinion, this is not that type of game that relies on a complex story with a lot of twists, this game relies on interesting gameplay. So, the story is not the strongest part of this game. I think that plot in this game is fine, and sometimes a little funny. Also, all main plot complemented with interesting cut-scenes, which makes the story a bit better. 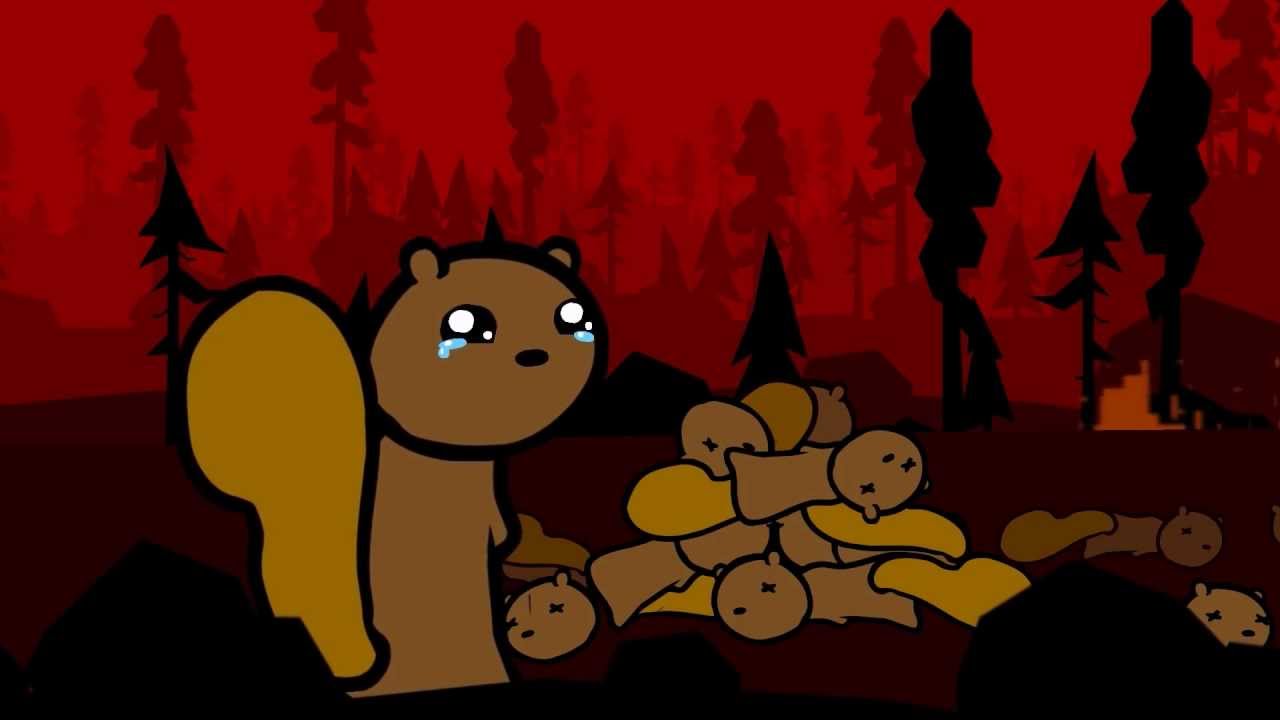 In my opinion, characters in this game are pretty interesting. This game has 4 main characters: Meat Boy, Bandage Girl, Brownie, and Dr.Fetus. This game also full of cameos from other games of a studio, but they didn't appear in the main plot. 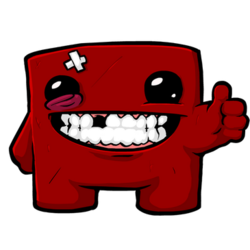 Meat Boy is the main protagonist of the game and he unlocked from the start. Meat Boy doesn't have any special abilities, except he is moving pretty fast. In my opinion, he is pretty brave, but also very forgiving because he showed mercy to Dr.Fetus even after what he did to him. Meat Boy loves his girlfriend very much and risking his life to save her, probably that's why he is my favorite character in this game. 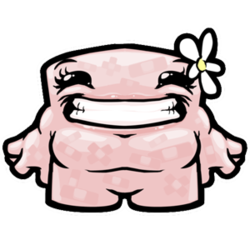 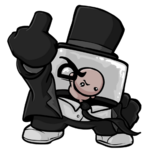 Dr.Fetus is the main antagonist of the game. Unlike the previous two he is not a playable character. Dr.Fetus is very jealous of Meat Boy, but still, he is really smart, he made all traps after all. He steals the Bandage Girl in the first cutscene because he hates Meat Boy, and try to make his life a lot worse. I think, he did all that because nobody loves him. He actually has no friends, unlike Meat Boy, maybe that's why Dr. Fetus hates him so much. 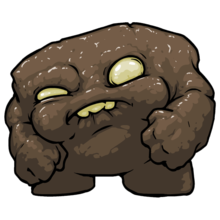 Brownie's first appearance was in 3rd chapter and he was the enemy of Meat Boy. Brownie was created by Dr.Fetus. If you want to unlock him as a playable character, you need to enter a secret code on the main menu. After Meat Boy saved his life Brownie became a friend of him. He helped Meat Boy at the end of the game but it cost him his life.

1. Interesting gameplay with a lot of bonuses that you can find while passing the story.

2. The game is pretty hard, so if you want a great challenge, this is probably one of the best choices.

3. The soundtrack, in my opinion, is great. If you like electro music, you sure will like it.

1. The game is really hard, so if you casual player and don't like hard games, this game is not the best choice.

2. If you don't like a cartoonish style in games, you will probably don't like this game too.

3. This game doesn't have a great plot, so if you like a complex story in games, you probably wouldn't like this one.

I really liked this game, but I'll admit that this one was hard to complete. I recommend you to play with controllers because playing with the keyboard is a lot harder.

I wish this dude got the gems that Super MeatBoy! Dang.ороро

i used to play super meat boy on the ps4

one of the most fun games I've played specially the part about watching how many times I died and watching that 1 last run that finaly reached the end.

Nice article. I have been wanting to play this game. Maybe I'll get my hands on it some day and be able to play it!

I played this game when it was free on epic store

I love super meat boy its such a good game !!! Good job and nice article !!!

Dang. I wonder how much time you spent writting that, lol. Really great dude.

Super MeatBoy! Haha so fun with that Name for Game.

I wish this dude got the gems that he desirved, it takes a very long time for a person to make a review, find the right materials and all, good job!