When they talk about the history of the Middle Ages, people often describe this period as the age of ignorance, superstition, oppression and barbarism. However, those same people often forget that the Middle Ages are just as old as Gothic art and architecture, the birth of the university, and the awakening of philosophical thought. In addition to the intriguing historical stories we read from various historical sources, this dynamic period left behind some interesting fantasy elements, among others, green dwarf creatures - goblins.

It is exactly Styx - the protagonist of the new sequel of the eponymous series while you are just his quiet assistant. Moreover, Styx is aware that the new adventure is not intended for an adventurer and will use that opportunity in such a way that it attributes to you every blunder without blinking. I would not have had any problems with the redemption of my sins that a little arrogant creature was not so often ignored my instructions, so instead of caught the edge of the cliff or fence dived into the abyss. Obviously, the thing is inside me, not in it, because I am the one who is not capable of serving the controller. However, no matter how Styx's insults went far, this goblin quickly became one of my favorite digital characters. 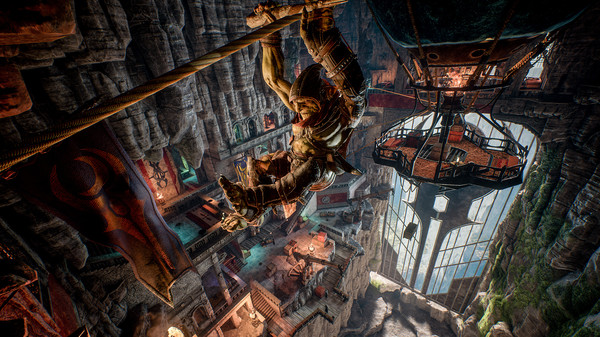 By contrast, the adventure I was referring to was not overly interesting. The battle against the Green Pigeon - what they called the goblin, or the scourge that was harboring a great empire - sparked my friend in the dark lands of Thoben village. But greed that grew in every goblin overpowered his will to self-assimilation and led him to the way of revenge. On this path we have acquired some new acquaintances, none of which has left the limits of ethical egoism. None of these acquaintances were sufficiently interested to be friends with him, and they were particularly discouraged by their appearance and the homogeneous tone of voice. Gradually, Styx and I mostly kept on the side selfishly thinking only of our goal.

For all Styx problems in his wrongful life, he is the only player who controls him.

Our goal in fact consisted of the main mission, several minor assignments and the collection of scattered items. Unfortunately, this has led to another disagreement between Styx and my policy. Namely, Styx was rushed to carry out the task that brought him to a certain place while I was trying to explore the location a little. In this regard, at the end of each level, we would have been threatened by a system of restrictions that gave a certain number of skill points for the discovery of certain objects in order to take them away later because of the time they spent searching for them. 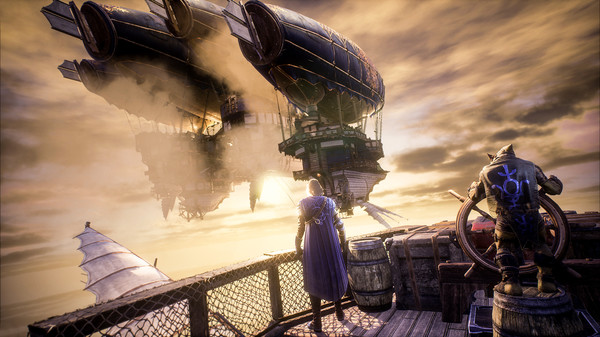 Simply put, if I stayed for more than half an hour in a location, I would have taken away my experience, and if I could solve side missions in the same area or collect all the collectibles, I would get additional points. The game forces you in a way to speed your way through the content while trying to force you to explore her secrets.

Another thing that has bothered us with our common progress is the high mortality rate of the enemy. At first, Styx might be ruthless, but do not be fooled. Styx is not exactly a fighter. In fact, he is not an amateur on that matter. The only thing that this little swallow knows is to run some rusty assault on it only if you are fast enough and precise. Fighting is simply not his style. Therefore, in order to resolve the enemy, we had to reach a compromise that led to deadly pitfalls and back attacks.

Styx at first acts mercilessly, but do not get fooled - it's not really a master of combat.

Above the Hindu people who threatened our existence, we came across enormous insects and strange plants, the elves whose Lyssril goddess wanted to submit to the will of those dwarfs who would smell us. Luckily, no enemy had completed high-quality military training, and many of them were far-sighted too. A good part of the warrior would stay silent on movements that took place just two feet ahead of them, while the rest of the same anomalies would be seen through the wall. But the most unlucky part of the adversary team were miserable people who would stumble on anything, even if it was air, and helplessly danced at some strange rhythms. 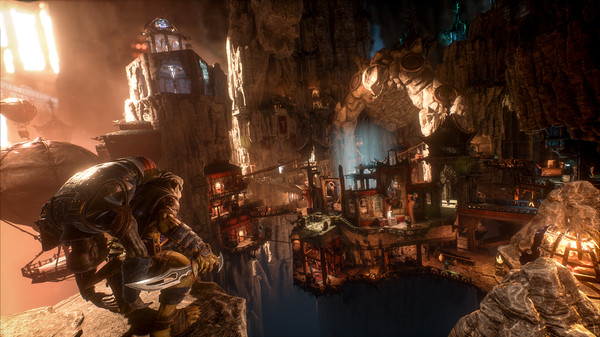 If they accidentally found themselves in a crutches, Styx would have consumed a little liquid amber to become invisible, and sometimes the same drink would be spent on creating a clone that would later be sacrificed for the greater good. All in all, the poor quality of military education of the enemy AI and the Styx pacifist philosophy is a good way to capture additional points for new skills.

Styx gets them in their hideouts, and those of stealth and perception over alchemy reach back to cloning and murder. In collaboration with crafting elements, they spiced up the game by accessing various levels in a variety of ways. In other words, Styx: Shards of Darkness you play as you wish - whether it's pacifist or without grace - as long as it's not in Rambo style. Of course, you can play in this way, however, you will not get far.

Styx: Shards of Darkness you play how you want - whether it's pacifist or without grace - as long as it's not in the Rambo style.

If Styx's society is not enough for you or you just want to interact with another human being in the goblin world, Cyanide Studio has prepared a cooperative mode for up to two players. Do not expect anything revolutionary; The missions are the same ones that you once went through in a single-player campaign. Maybe I should just warn you to get ready for a terrible long load. 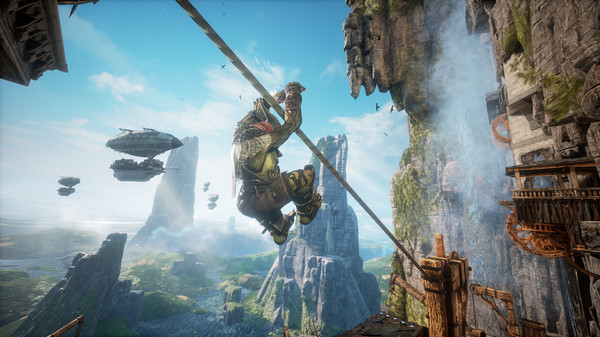 I have already mentioned earlier that voice acting is tragicomedy of this game, and the same fate hit the designer's side. However, the graphics in some parts can be really beautiful - primarily in the open space, in some it's just average with late loading of textures, while in the third, you miss half of the terrain, so you see how the enemy stays below you.

Whatever Styx: Shards of Darkness, by all criteria, only an average game of pure forgetfulness rescues the fun protagonist and the constant breaking of the fourth wall. Nevertheless, this game was an interesting experience of my gaming career.

FOR: PC PS4 XBOX ONE

As for me, boring game, but article is great

Okay i try this