RUINER is a brutal action shooter developed by Reikon Games and published by Devolver Digital. The game takes place in 2091 in a Dystopian cyberpunk metropolis known as Rengkok where you play as a silent masked sociopath whose brain has been hacked by a mysterious lady who also happens to help you towards saving your kidnapped brother against a swarm of augmented enemies owned by Megacorporations. 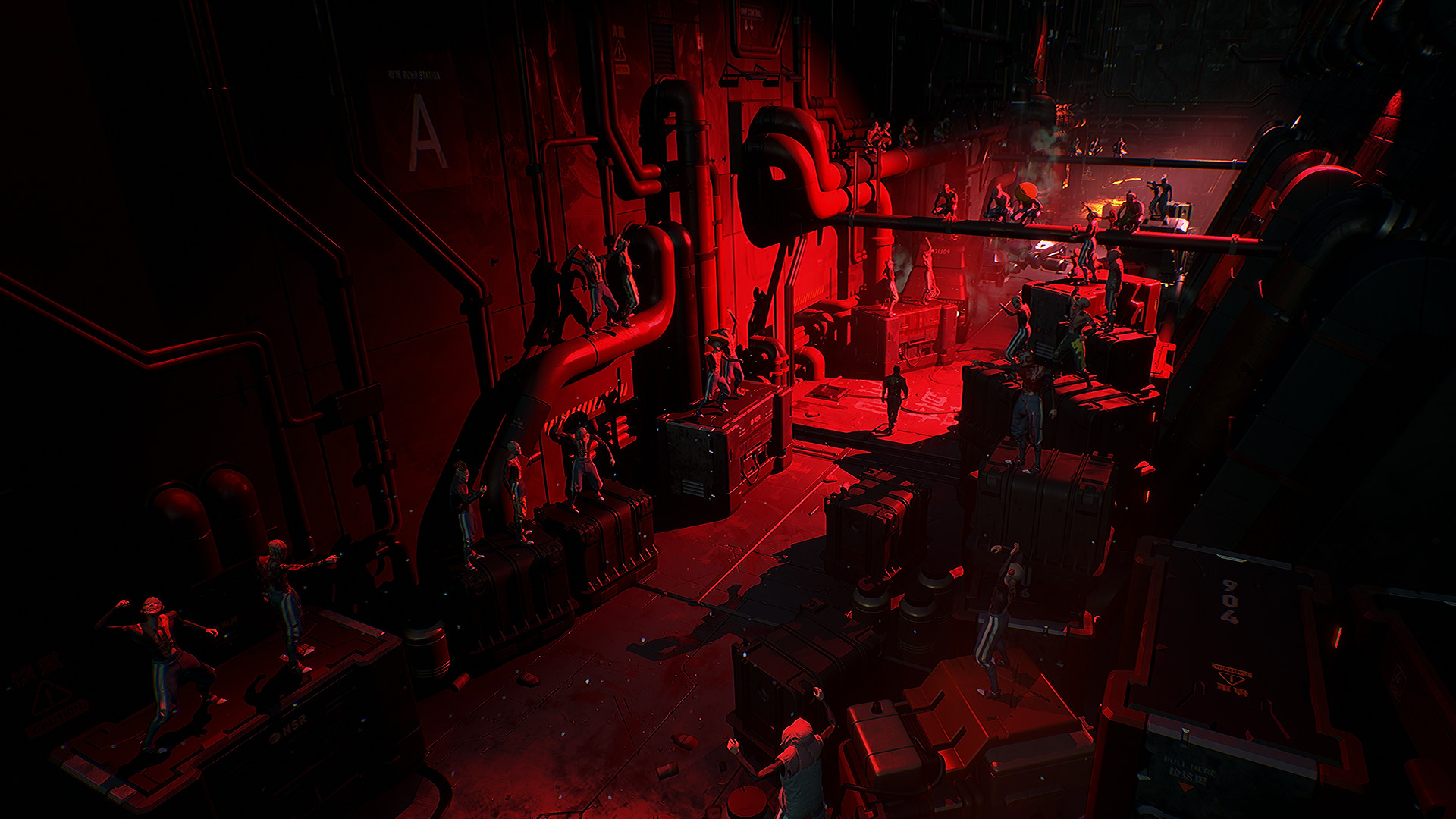 RUINER is a stylish, cyberpunk, hyperviolent, twin-stick shooter, a stand-out example both in terms of aesthetics and themes. The game is really challenging against the Dystopian environment with lots of gun-stacked enemies, different skill trees for the players to build up to and lots of futuristic environments to look at. Ruiner is hard and punishing as keeps the players on their toes, out of their comfort zones by introducing different kinds of augmented enemies such as Techno Dogs, Creeps, Triad Killers, Harpies, Heavy cyborgs and Guards for which players often and always have to constantly respec and re-distribute their skill points to different skill trees for everytime they face different kinds of enemies. We have often heard revenge stories being pretty straight forward and in RUINER's case there is no exception. 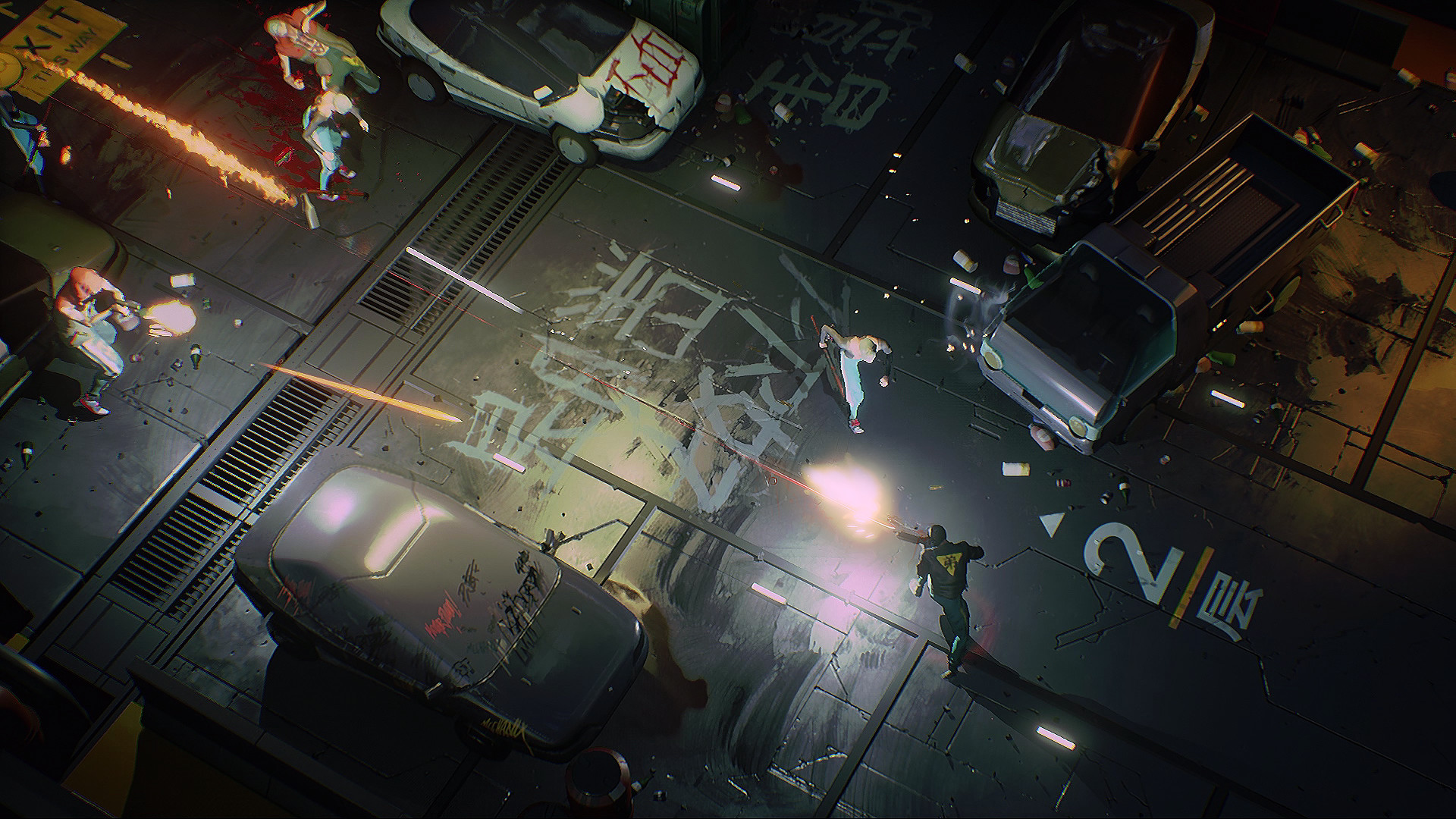 RUINER features fast paced combat which requires quick reflexes, brute force and swift strikes to augmented foes and features a wide variety of high-tech weapons such as katanas, flaming weapons, ricochet rockets, flamethrowers, shotguns, Assault rifles that players can scavenge from the corpses of fallen foes which makes all the on-screen action really chaotic and visually stunning filled with cyberpunk themed futuristic neon environments. Between fighting and taking break from the action, players can stroll through the Dystopian slums and hub world of Rengkok which looks really intricate at times. The Dystopian city hub features things such as streets filled with NPC's, shops, bridges, futuristic cars, back alley clubs which also has some side missions. 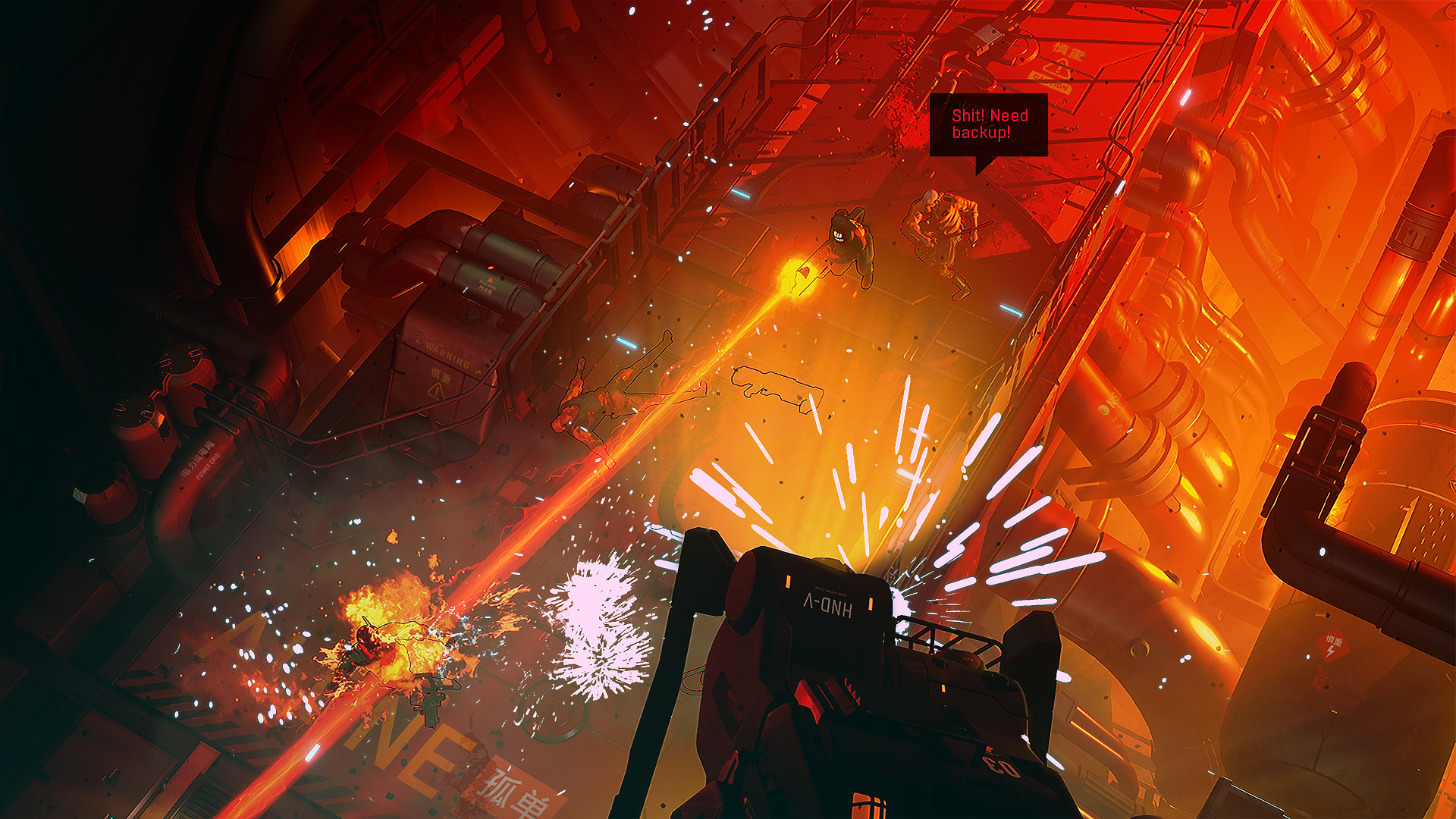 RUINER is developed by Reikon Games founded in 2014 by four game designers who also happen to have worked in the Witcher series, Dying Light, Shadow Warrior, This war of Mine. The game is the studio's debut project and has been quietly in production since January 2015, the game released in 26th September 2017. The Audio and music has been given by notable artists such as Sidewalks & Skeletons, Zamilska, Antigone & Francois X, DJ Alina and famed anime composer Susumu Hirasawa who is well known for Paprika and Millennium Actress 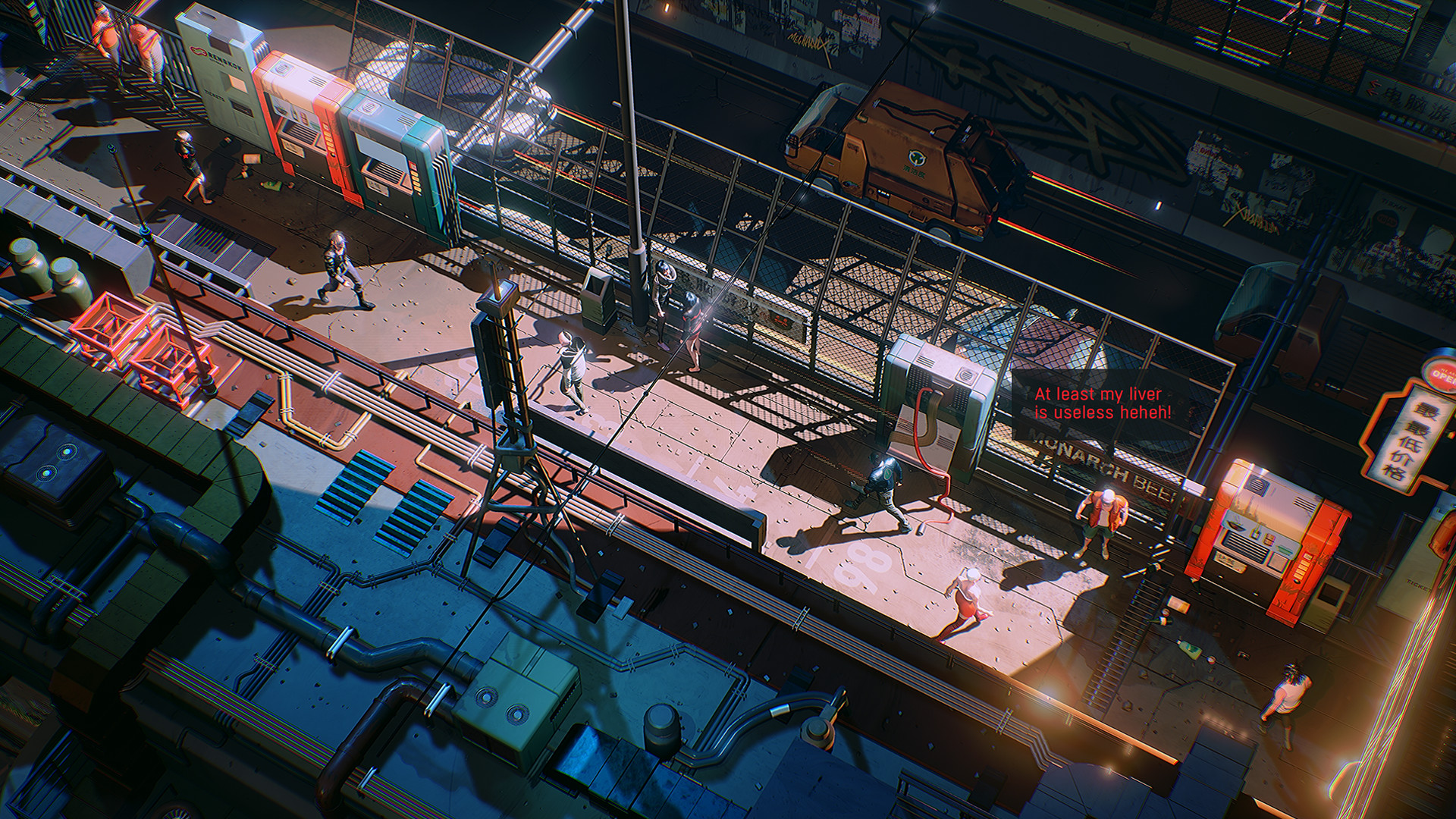 From the fantastic Synth music,to the Futuristic neon graphics RUINER does enough to stand out from the crowd. The game has a lot of replayability, revisiting places from before will make the player earn even more exp with multiple difficulty modes available in the game which are worth checking out. This game is a delight to all the fans who love cyberpunk themed futuristic Top-down shooter. 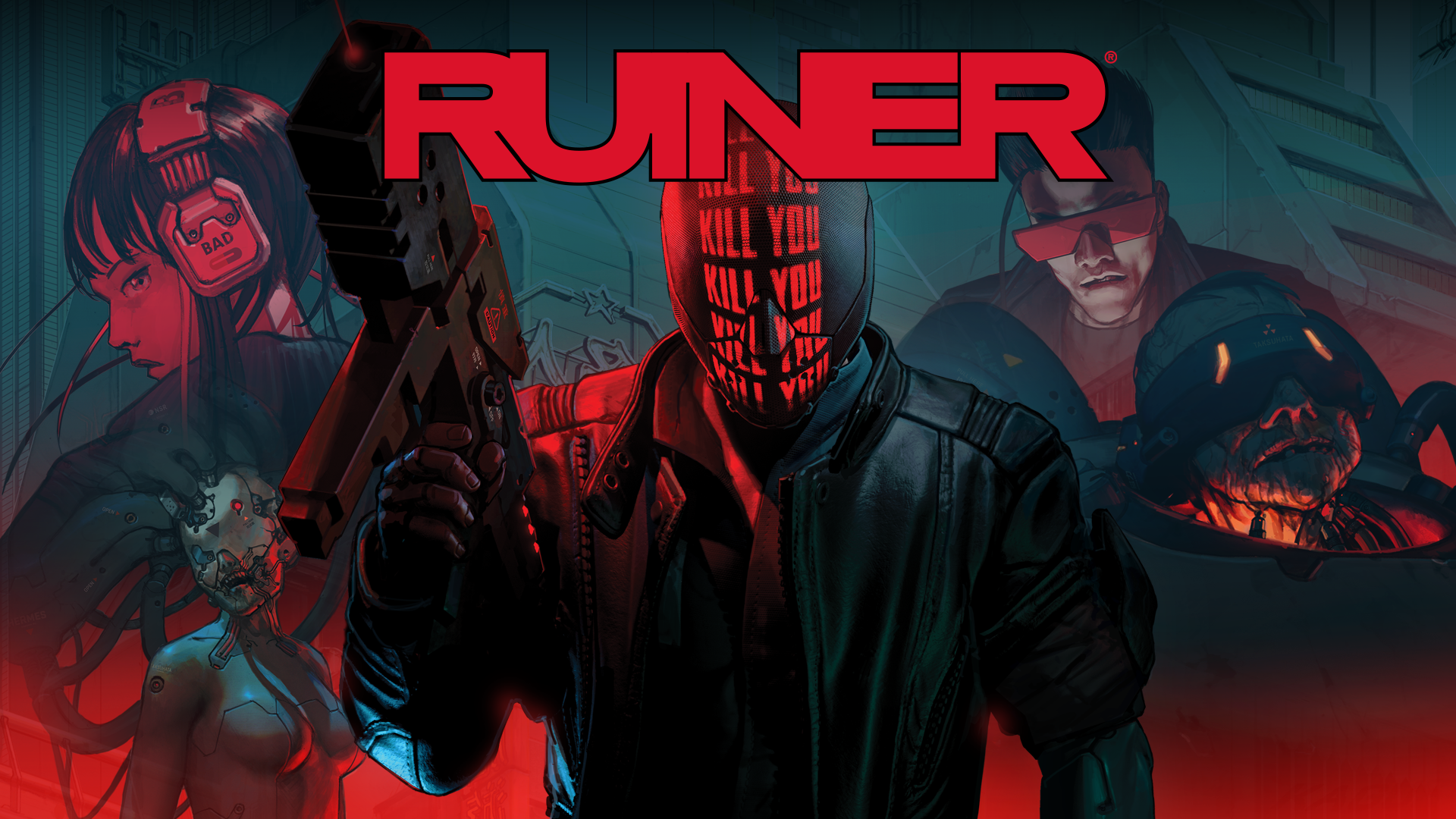