Hey guys, in this article I’m going to talk about a game that is still in its early access developing progress. The first version of this game was produced in 2013 and it was among the 25 best PC games of that year. Rogue Legacy 2 is a 2D roguelike game and has been released in August 2020 for Microsoft Windows, and you can purchase the early access version only on this platform.

I don’t really want to speak about the story of this game because it’s still developing and it can be changed at any time by the game maker team. So, the main goal of this article is to know more about the game environment, the characters and their talents, the good and bad points, and more…

As I said before, Rogue Legacy 2 is a roguelike game which means every time you respawn, the enemy units and stages will be changed. You have the control of one cute warrior who is going to enter a scary castle to fight enemy creatures and powerful bosses in a two-dimensional environment. By defeating each of them, you will gain some resources and experience points that will help you to buy and upgrade your equipment and basement.

There are some missions in the game that you should complete just once to gain some unique abilities like dashing in the air, and there are some bosses that you have to defeat for getting access to the main boss room of this game. Except for what I just mentioned, all normal enemy units and elite ones, all the stages, and all the challenges you are going to face will be totally different from your last play. (There is an ability to lock the world you enter, but it costs some of your gold every time you do that.)

As I’m speaking right now, there are about 4 different areas in the game, some of them are rainy, some of them are snowy, and fully covered by the snow and much more. Every one of them has its unique enemies and sub-bosses to defeat. I should mention that in every new area you enter, there will be more strong and powerful enemies to fight, so you have to upgrade your equipment and be prepared. 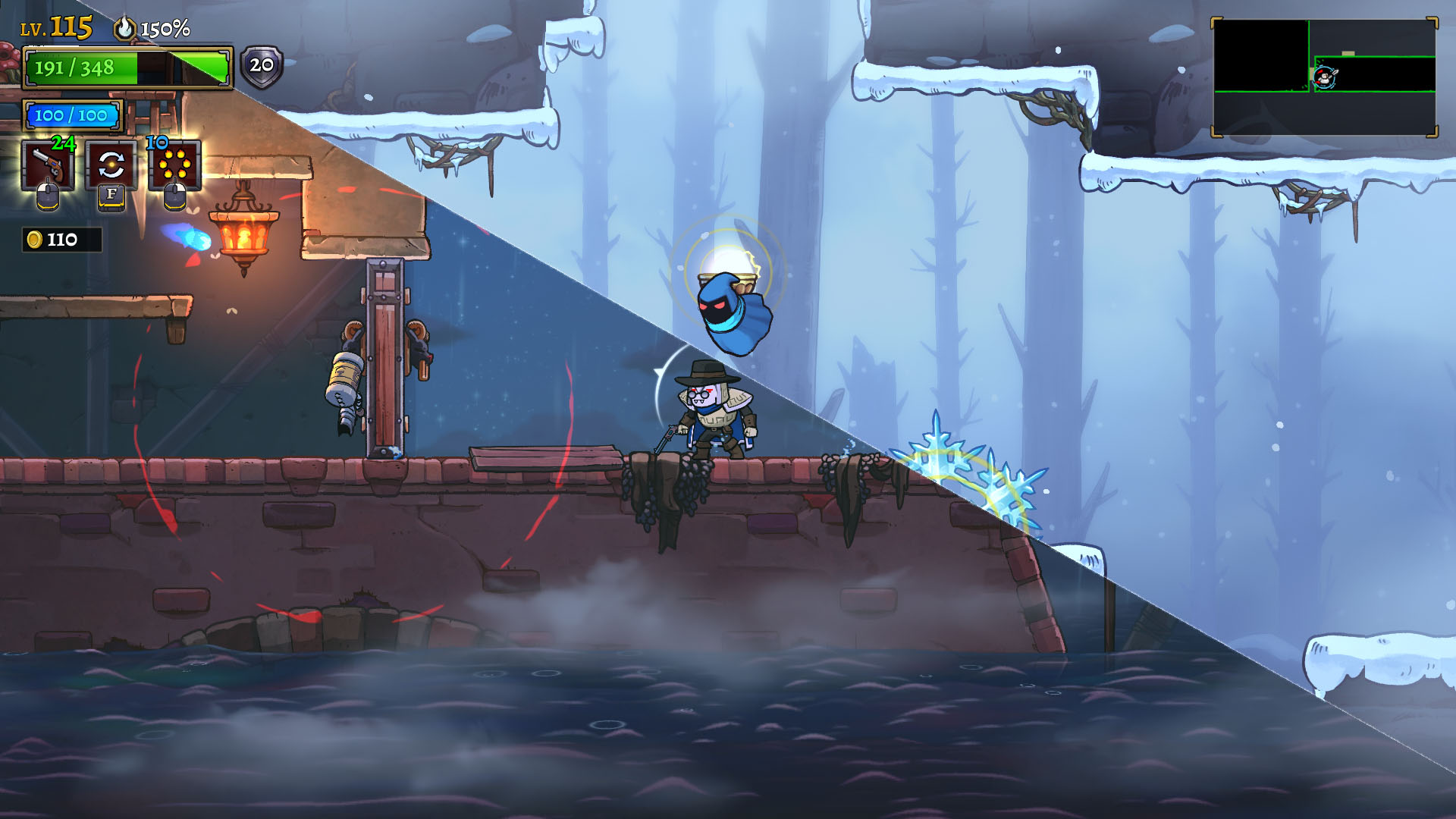 There are 9 different classes in the game so far and the numbers will be increased in the future.

In general, all long-range fighters have less HP compere to close-range fighters. The mana bar and the talents are totally different for each class. For example, “Cook class” has the ability to make delicious food in the middle of the adventure to restore some health and mana while other classes can not. “Knight class” can defend some upcoming damages by using his shield and…
By playing each class and upgrading the class levels, you will get some permeant buffs for all your heroes. For example: By upgrading your “Barbarian class” level, you will get some vitality points and that means you will get more health points.

There are so many features in this game that I can not cover them in just one article, some features like: Spells, Traits, Hidden stages, Fairy chests, and more. So, to not making you tired of reading, I’m not going to expand them. 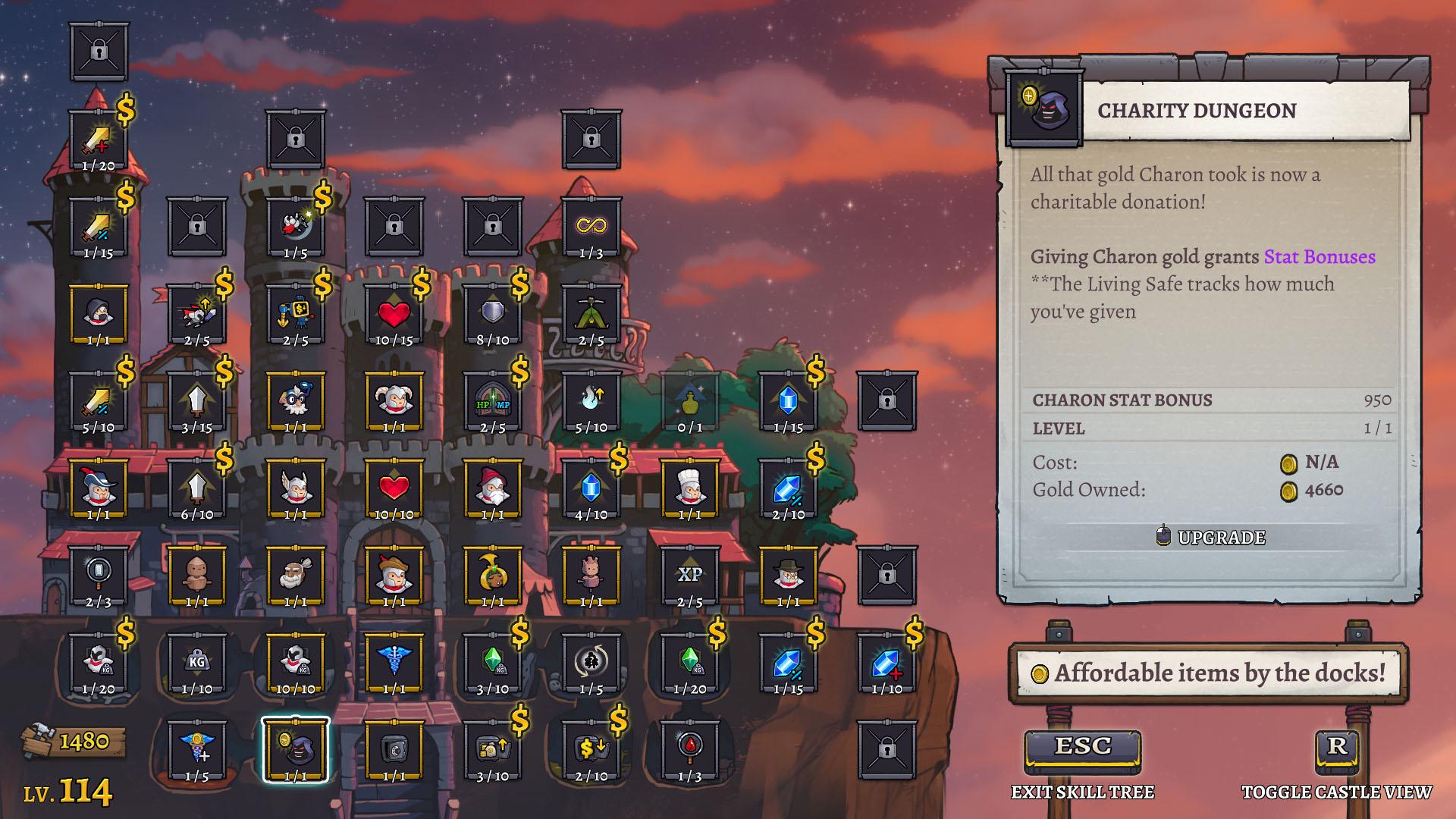 In the end, I can not really count many negative points for this game because the developers are still working on it. So, I can ignore some minor bugs but I’m telling you, do not deceive yourself with the attractive appearance of this game; it’s so much harder than what you think. :))

There are so many positive points about Rogue Legacy 2, such as: the cute appearance of characters, good music that fits the game, the variety of enemies, challenging puzzles, different classes and abilities, and many other points that make this game so addictive to play. So, if you like roguelike games like me, do not hesitate to buy this game at all, you won’t regret that.

it's good and lovely game

I really liked this article thanks for this great information

i have bought and play it until now, you should too

I enjoy reading this article. Is is so good. Thank you! Another think i like the picture that you uploaded here.

This game seems good for playing while free! it's awesome keep up the good work i appreciate it :D

I played it a while ago, its ok if you are into these side scroller games

This game looks like some sort of retro action/adventure type game.Nice article.

Human actions are the best explanations for their thoughts...

Game looks good, plus price is decent for an early access game

is early access good? since the game may be incomplete or full of error.