Back with the famous military novelist Tom Clancy with one of his most well-known strategy, planning and tactics, known as Just Recon, we always return to the challenge and plan intelligently before making any move because with the wrong movement one can become dead So always in Ghost Recon think we plan and then we attack and hope that this is not the last attack that eliminates your military team.
The development team here tried to make the team's staff a personal spirit, unlike the ones we see in the previous sections. You will find the team members talking and expressing their feelings. Each of them has a certain personality. Some of them are sharp, fun and silent and you will notice this through the film shows. Unlike the previous parts, the team's crew, without personality and spirit, was always talking about the film's performances. It is very strange what happened to the development team in this regard. The quality of the film shows is very poor, but the visual effects and the accuracy of the drawings inside the game are much better than the film shows The same atmosphere Its low. 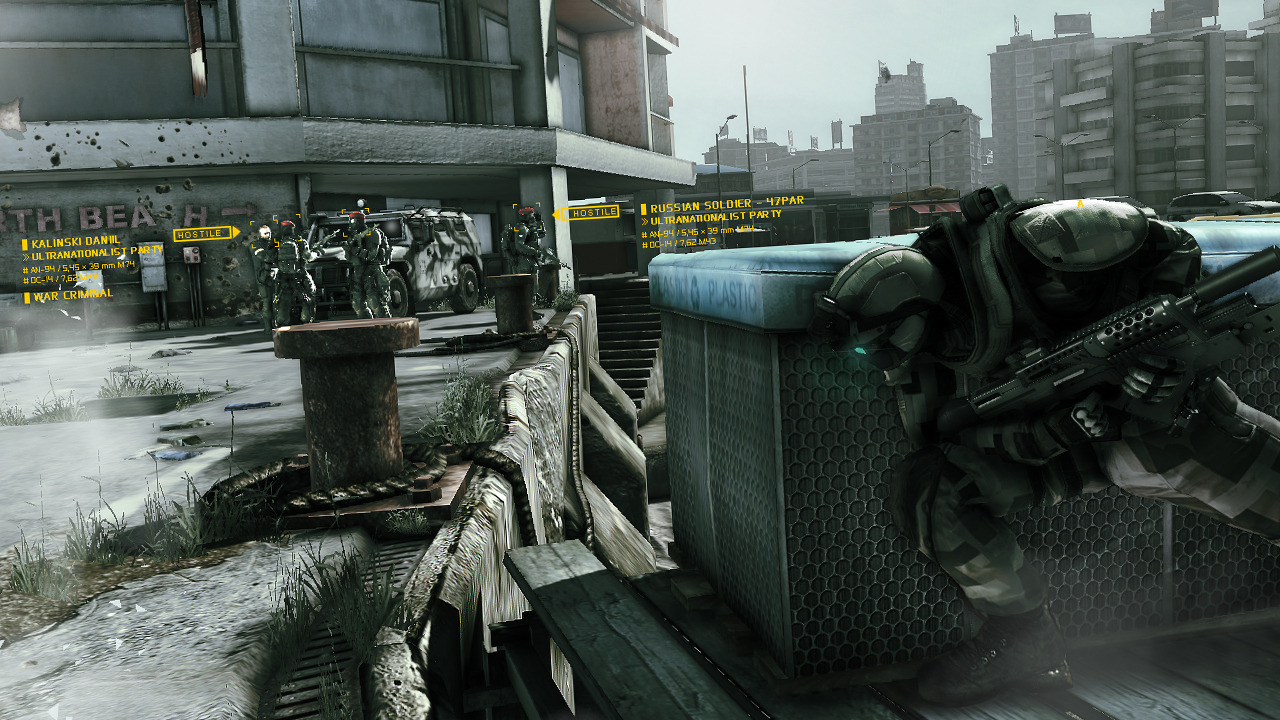 *********************************************************
The game is well-known for its players. Those who did not enjoy the series very much will enjoy every moment of the stage of the game. The beautiful features of the game are the advanced equipment possessed by the ghost team, such as the mini-aircraft that explore the area and monitor enemies' To a small vehicle also to walk on the land and moving in the small and narrow corridors and offers you more advantages if they move on the ground can ignite a flash bomb and enter the place on the enemies and exploit the state of the blind, of the new elements that have been added is the element of total concealment Or turning to a ghost Invisible type When you bend and move you will see that all the crew have become a kind of hidden and this gives you more opportunity to spy and choose suitable places to start catching enemies, there are not many options to control your team Unfortunately, almost all I do is to point at The enemy relies on the L1 / LB to determine the target of one of the crew, you can identify four goals to capture them simultaneously in a completely silent and of course your shot is to announce the start of the massacre, the game relies heavily on espionage and stealth often free firecrackers is not the best choice for you, In fact, fireworks clashes do not occur Each challenge is as big as before and especially with the artificial IQ of the enemies! Sometimes the enemy will pass on you and you lean on a certain cover and watch and shoot smoothly or it will go on its way strangely, the fun of the game is in the advanced equipment and use in the manufacture of your method of espionage and concealment.
********************************************************* 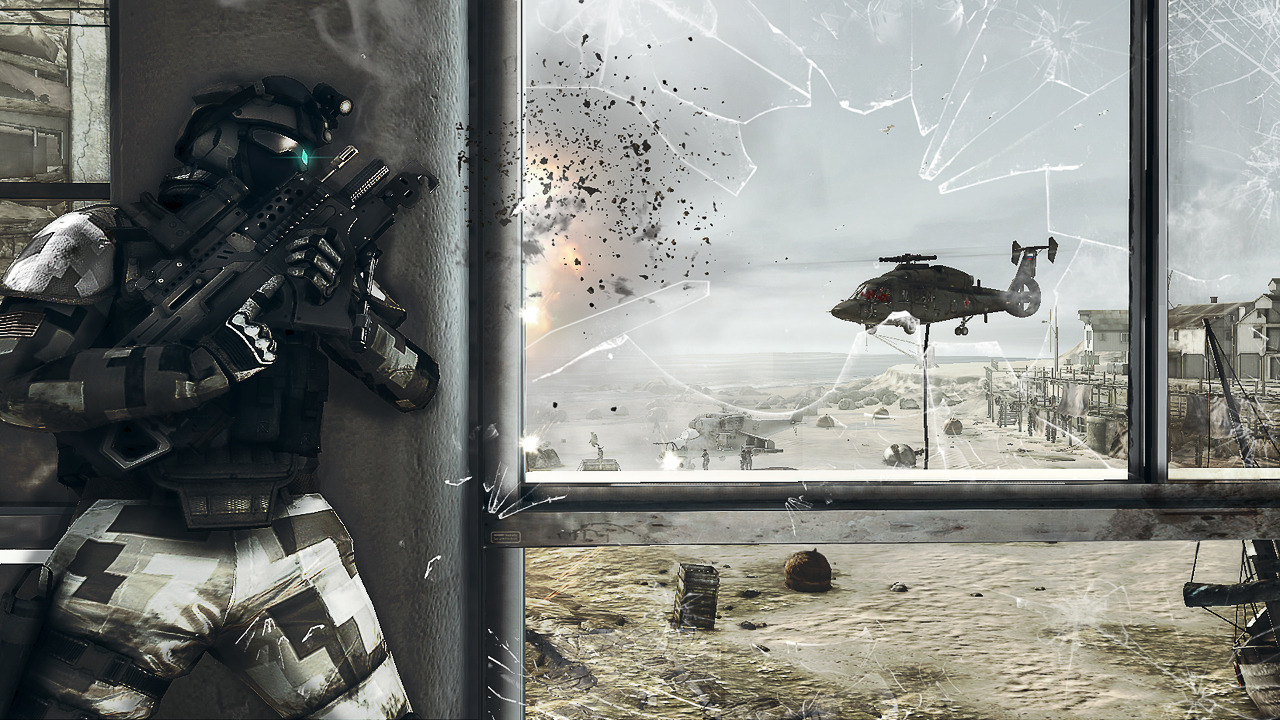 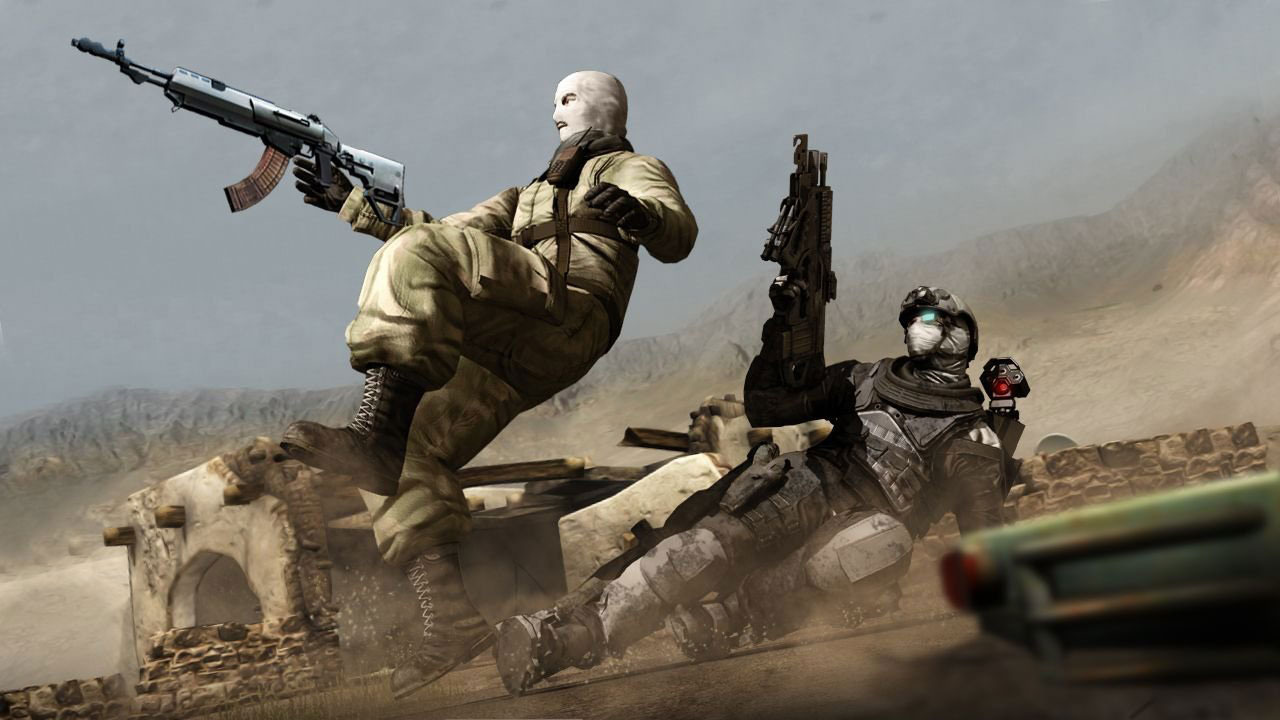 The story can be played on your own or with the help of three of your friends on the net, but the problem is that you will not be able to search to intervene with players at random, but you must send an invitation to play the stage of cooperative play, and Just Recon Future Solger offers a whole new phase on the series But he has become known in other games (Guerilla is much like Hordo in Game of War, you and three of your friends (you can play alone but the progress in the rounds will be almost impossible) fighting with enemy groups and after each round will come a helicopter You drop weapons and equipment to choose between them, There is a competitive multiplayer mode, which offers several styles, such as Conflict. There will be several goals you have to accomplish and the other team will defend. Thus, You can control your personality completely from appearance, weapon, etc. Each class will have its own rank system. If you choose Rifleman class, your specialization will usually be in the long range machine guns. At each level you increase in this class you will get a performance or weapon that will benefit you in this. Only the class, so the multi-player development has a long life span and drives Excellent variety and great fun.

The game of Ghost Recon evolved a lot in this part, especially in terms of excitement and action, but in turn influenced by the element of tactics and challenge, yet the game remains very enjoyable beginning with the story phase, which you can play alone or with your friends and ending with multi-player mode And entertaining

From the developer Ubisoft ... which can be pronounced as "You Be Soft'