Rising Storm 2: Vietnam is the game that simulates the behavior of Kalashnikov (AK-47) and Coptic (SKS) in the most perfect way (World Shooter), which I can take from firsthand while other games do wrong with the big P. If in some future war you will find yourself in a situation where your life depends on the skill of shooting an automatic rifle at distances up to 200 meters, knowledge from Battlefield and a fellow you can cancel the dead cat on a tugging tail.

The analogy with burgers and picking meals from the beginning has another point apart from the actual benefit (or damage) of the organism. Fast food is fast-paced and even quicker, while proper meals require a lot of time and patience. Rising Storm 2: Vietnam asks you to dedicate it for ten hours to recapture a minimum of bets that prevent blame against other players in multiplayer. Since this is a game that has no other mode than multiplayer, no tutorials other than a simple gun testing on the polygon, will give you patience and thick skin that no other modern shooter will look for you. 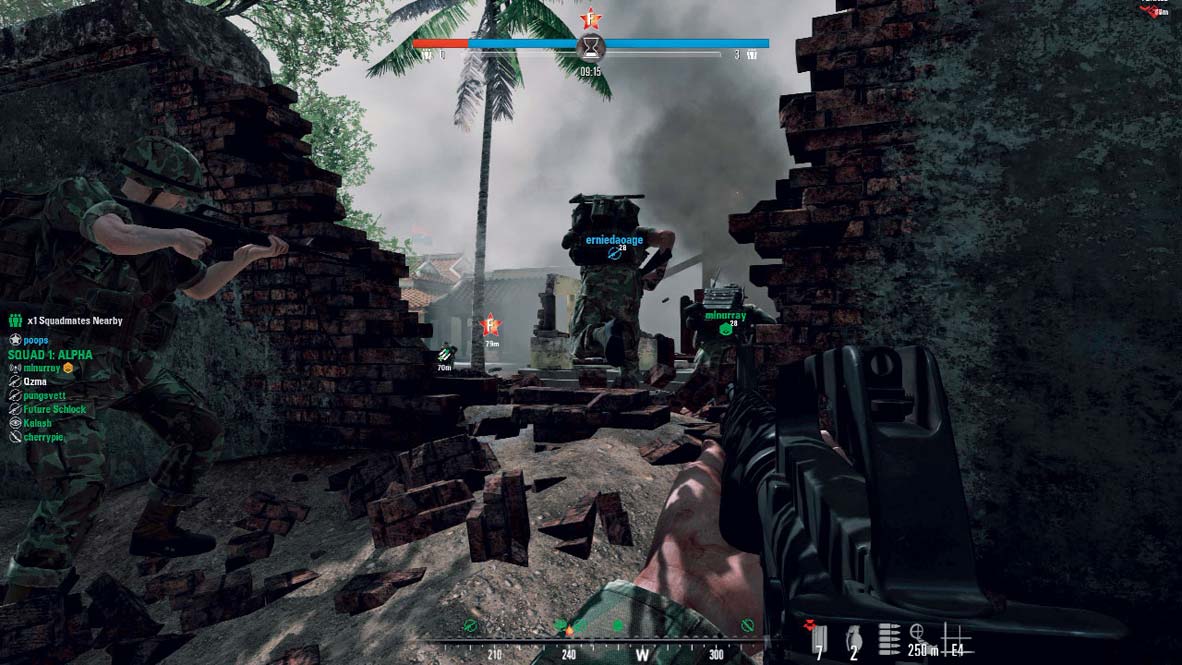 As can be deduced from the suffix in the title, the game is based on the war between the Greater and Southern Vietnam, a proxy conflict between the USSR and China on the one hand and the US on the other. Although it has the same " gunplay " as the previous Rising Storm(in the Pacific) and supports a large number of players (64) on large maps, Vietnam goes a step further and introduces asymmetrical sides, total focus on automatic weapons, and tactical aviation combat and convoy helicopters. 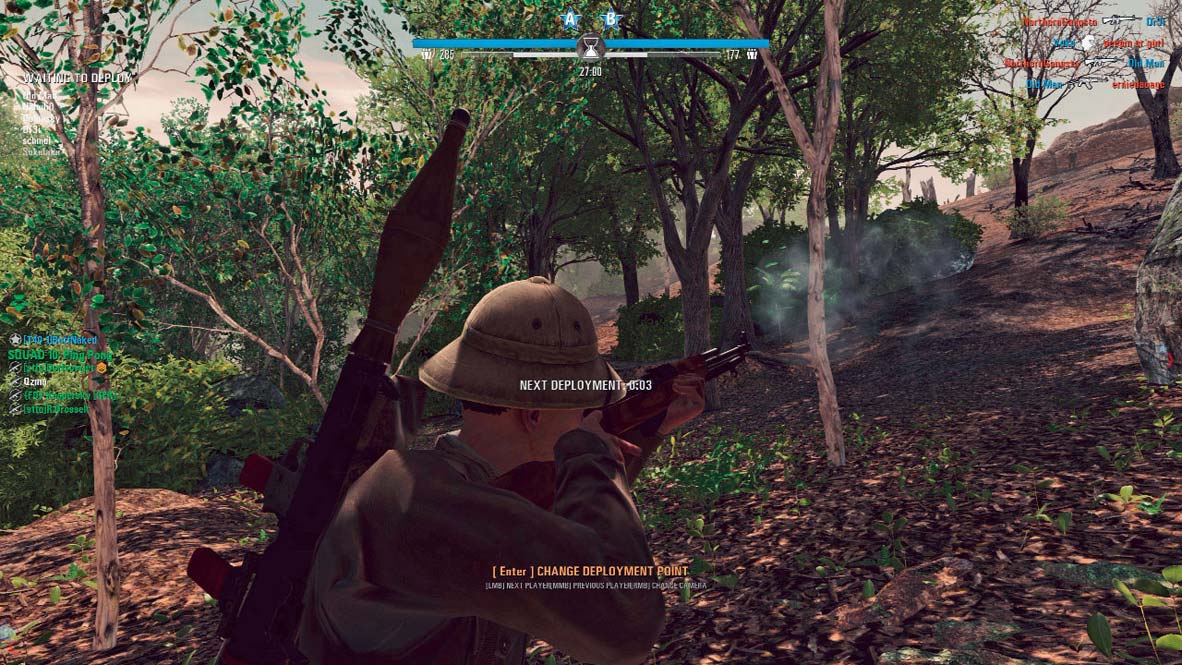 The tactical character of the game is reflected in the need for teamwork, communication and listening, as well as proper class play that you chose before the start of the mission. There are 13 classes in the game, most of which are the same for both sides, while some, like helicopter pilots, are fractional specific. The easiest to play is the basic peacekeeper, armed with an automatic rifle and manual grenades. The Mitralyst and the Rocket / Grenadier are somewhat more complicated to play due to the role of tactical support factor. Let's say, USMC grenadier is extremely useful because of the smoke grenades that are necessary for every bite attack over the blown space, and the player who knows when and how to use them is praised by the assemblers. The sniper requires a lot of exercise because of the realistic ballistic missiles in large distances, and the pilot of the airstrip helicopter requires hours and hours of exercise to properly locate and hit the targets on the ground. Both sides can also have one water command (the number of members of each class per match is limited), which may call artillery strikes and scouting (Americans) and speed up the boost and activate PVO systems (Vietnam). The game also features an advanced vocal communication system with separate channels for combat units and lines, which is the "fiery" that every team you organize and how to use it. 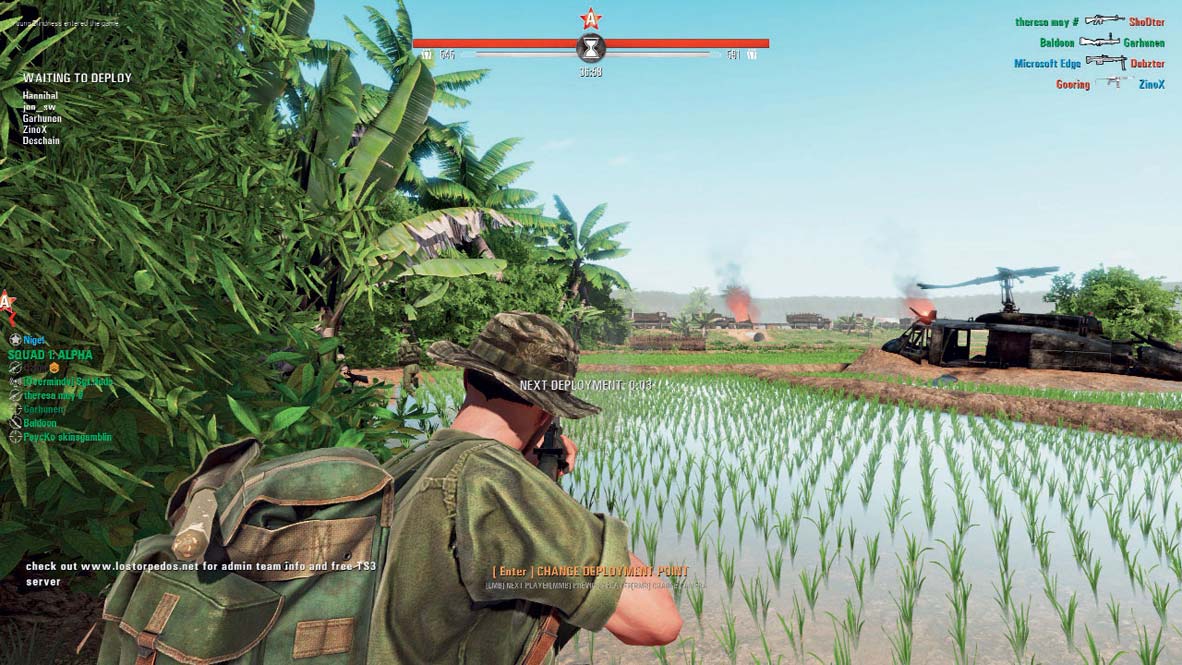 Rising Storm 2: Vietnam costs only 25 euros, which is a tiny amount of money, given the level and quantity of entertainment that the target audience will derive from this great title.

Nice but write for another topic too

nice article nice bro i really like it too much thanks im interested of that :DDD it is best game i have see in this day wow :DD