Rate this article "Review of Thronebreaker: The Witcher Tales"

Review of Thronebreaker: The Witcher Tales

Thronebreaker: The Witcher Tales is a long-running single-player Gwent card game campaign, a separate performance from the one that debuted at Witcher 3: The Wild Hunt. With carefully thought-out rules and redesigned maps through the Thronebreaker, you will mumble for thirty hours, if not longer, with Queen Miva traveling along the various provinces of the Witcher world and preventing the invasion of the Nilfgaard Empire.
If you've played the best fantasy RPG of the newer era, The Witcher 3: The Wild Hunt, you may already be familiar with his Gwent card performance. And while Gwent's new, separate "free to play" performance is actually a competitive online game, Thronebreaker is at the core of a single-player campaign of the same, which is charged separately.

And when I say the campaign, I mean a real campaign! Thronebreaker is not a set of card games on a table that you choose from an interface (cough, Hearthstone, cough), but as the full name suggests, a kind of RPG is an additional story of Witcher's world. From the bird's perspective, through several lands, you will lead Queen Lyrica and Riviera with your own hand to end the war with the Nilfgaardian Empire and reduce the potential number of victims to a minimum. 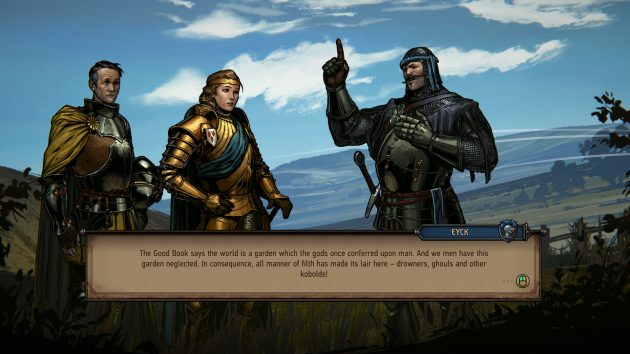 On this path you will solve banal things like the quarrels of local peasants, join weddings, and mow the bandits and various bastards like drowners, ghouls, and so on. In Thronebreaker, therefore, you can expect most of the more important aspects of Witcher. Although many will certainly miss Geralt in the lead, Witcher's tradition of full-fledged work is therefore continued by frequent choices in which you are used between two or more plagues, because nothing is black and white here.

Get ready for a lot of reading, or maybe better listening, since each letter in Thronebreaker is accompanied by top-notch voice acting. The basic presentation is now mostly presented in the form of an animated picture book, that is, "visual novelties" if we were to go for some official terminology, all of which give the impression that you spend your time reading a hellish good book.

However, with Geralt on the bench, the thing is a little more inclined to the Game of Thrones. With a handful of political conspiracies, the betrayal of these difficult decisions could be said to be a package that has no right to be as good as it is. Moreover, the story is at times so crafty written and the transferred basis of gameplay in the form of a card can sometimes interfere with the experience. Luckily, those who think that this is the case, have the choice of playing the easiest weight that allows skipping the cardinal aspect for the purpose of enjoying the story itself. 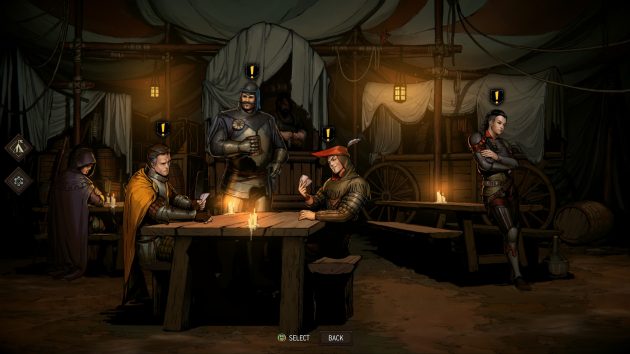 Before I even touch this map anymore, I will mention that the gameplay takes place through several unexpectedly huge maps in which the opportunities for side things are controlled. Of these, it is probably most important for you to collect the resources of goldsmiths, woods and faithful followers, but in order to get them together, you will often confront someone, and this part is done exclusively using the map
What's the matter about this card, it's surprising and how much the thing deepened from that mini-game from Witcher 3. If you already had the opportunity to try out that new, separate and free Gwent then you know what changes to expect because Thronebreaker is about exactly the same cards and rules. The only major difference is that you do not win new cards in random "booster" packages, but you find or win specific cards as dictated by the story.

Most of the time, you will play with exactly identical cards until you are intimately familiar with them. That's ok, because at the beginning everything can be complicated enough. If you've already played Gwent in Witcher 3, then I can tell you that the thing is mostly reduced to the same scheme with just a few changes. To begin with, the battlefield no longer has a third line for catapults, and the other two serve you to manage all types of cards as you wish. One by one, of course. This is far from all of the changes, however, because Gwent no longer merely reaches a major figure, that is, the overall sum of forces, but also in the strategic activation of additional rules for individual maps. 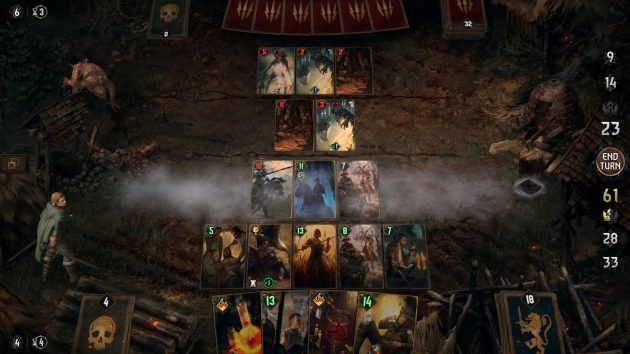 I'm not going to bother you with those deeper rules now, because I'm afraid my head will explode, but know there's plenty to chew before any fanfare. The big emphasis actually throws on the "puzzle" type of matches that lasts only one round, and are solved by playing pre-imagined combinations that the developers conceived. It's a good thing to contrive, even though it sometimes bothered me because I did not have many opportunities to play cards with my own boyfriend to whom I would agree. But well, except that almost every party becomes unique in their own way, they are also cunning ways to figure out how to perform some of the more cunning tricks.

Among other things there is the morale of the army that needs to be maintained. It directly influences the strength of the cards you carry in the fight, and as it changes exclusively by the consequences of your choices during a conversation outside the fight, it all converts all into a consistent whole in which it is no longer unnecessary to regulate before and later. You can also pick up tents that serve you as a base at any time, and then you can upgrade with a couple of varied choices. There is also a local birtija where you can enter into the hot gossip of the province with your most trusted colleagues. 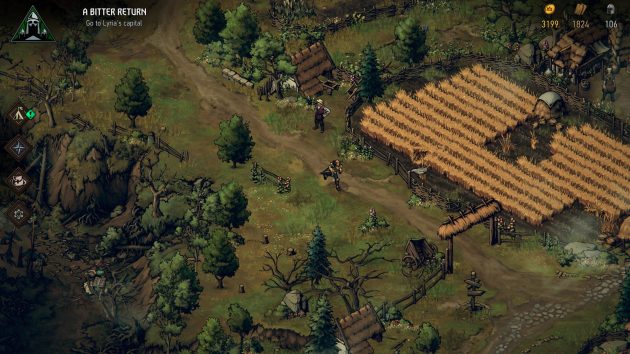 There really is everything here and there, so much so that I thought several times that there is no end to the game. By doing so, Thronebreaker is definitely worth every lynx he wants, and he deserves to give him a chance. Even if you think that you are a lot more Gwent, this is something completely new.

Rate this article Review of Thronebreaker: The Witcher Tales

What is it about , is it a good game