Rate this article "Review of the game: Soma"

Review of the game: Soma

Soma is one of those horror games for which everyone is gambling, but many hesitate to play because they think it will be scary. If you belong to such, let me tell you immediately: Soma is not scary. In fact, this is quite a mild game compared to the harassment of a psyche player in Penumbra, with whom Frictional Games began its history.

Soma comes to you as an expanded creepy Dear Esther "experience," with semi-linear levels in which you are looking for parts of the story. Opponents are extremely rare and easy to escape as their terror is based on specific gameplay mechanics as the average lovers of the stealth games do not pose any problem. For example, a type of monster will not do you anything until you look at them. Except that the interesting surroundings of such levels had to go backwards, mostly looking at the wall, the respective opponents did not bother me in any way.

Another example is something that looks like a walking pile of faces, which does not see anything, but is therefore well heard. Of course, anyone who played the Thief around this will circle elegantly like a gray cat - you just need to squint all the time and avoid glasses, bottles and boxes on the floor. The closest weapon is some sort of electro-shocker that you will use only once, and even something that does not want to eat you at all. 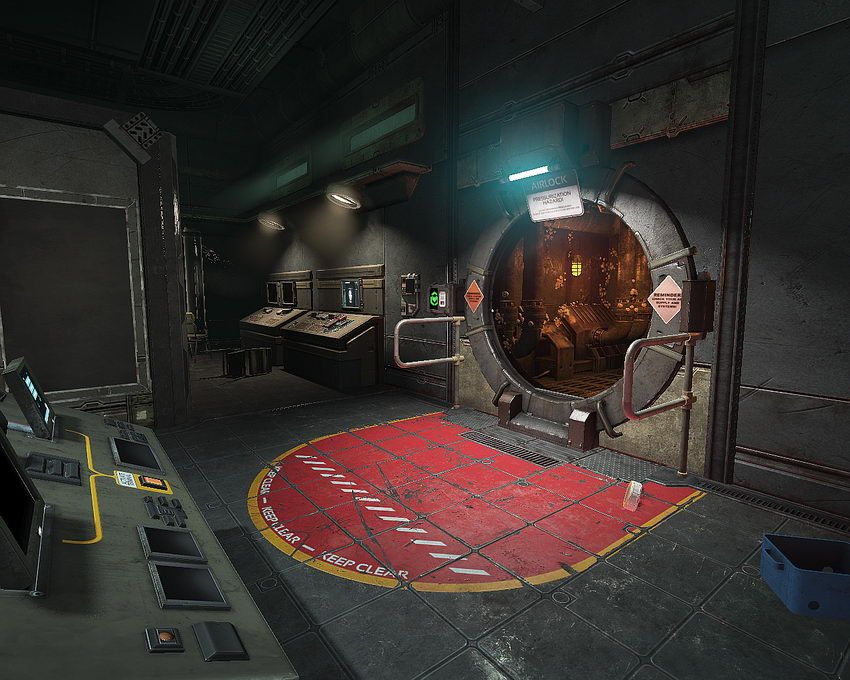 The doctor in Toronto wakes up in an absolutely abyssal underwater science complex, where something dangerous went wrong. The plant is full of robots into which scans of human minds are inserted and which therefore act as human beings. The first half of the game is really a creative mystery in which you are trying to discover what the hell is going on and why.

You will be crawled in the yards and corners of the enemy robots, waiting to propagate beside you and quietly activating computer systems to move to another room, discreetly closing the heavy metal lids and the door behind you.Unfortunately, in the second half, Soma turns to "Sunset I watched from the roof, childhood, memories, mother, cake" an experience that gently tries to trap you in the head of Frictional theory about what life, identity and the meaning of life are. 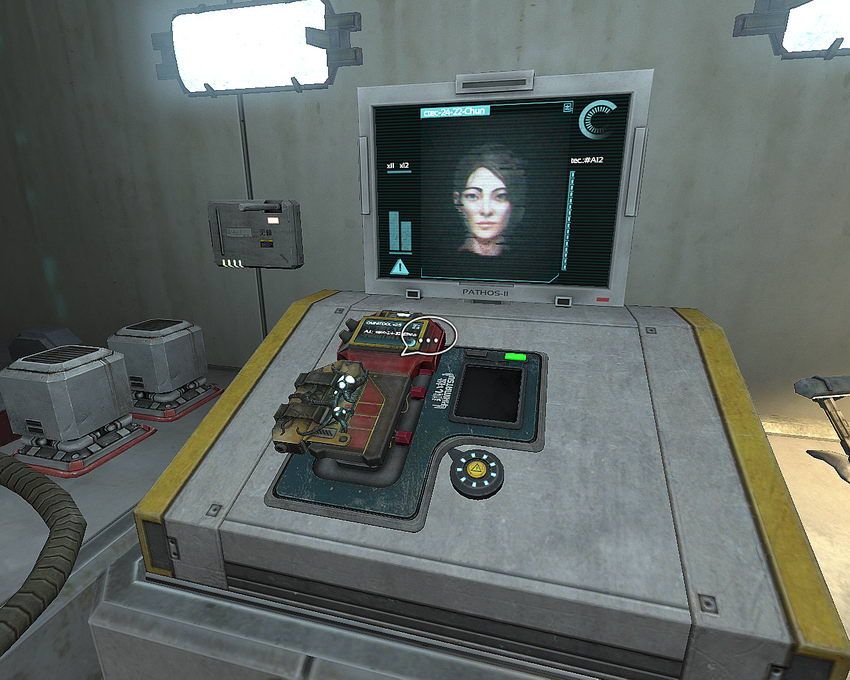 The comet fell to Earth and wiped out all the people from its surface, and perhaps it was not. It's not that you'll be able to detect it, as you will be under water at all times in the Pathos II facility. Nevertheless, a group of civilian rescue workers in the plant came up with a brilliant idea to secure the survival of mankind by inserting the minds of survivors into the capsule for virtual reality and launching it into space.
This same group of people created artificial intelligence called WAU, whose goal is to maintain a station with the help of some kind of omnipotent structural gel (that is, Harry Potter magic, because you will not get a better explanation). After hitting the comet, WAU concludes that the remnants of life on Earth should be transformed into something similar to Borg from Star Trek.

The result: monsters, suffering, mutations and common consciousness. A man would say that such an all-powerful system would be able to prepare at least one submarine to get out of the sea, but crying. Rupa in the story of the size of Beijing. Although all elements of the action indicate that you will ultimately decide the fate of humanity, you still have no choice but to launch a capsule into space. There is no idea that the civilization that produced this monstrous creature at the bottom of the sea should not be saved! That's what Catherine, a brutal scientist of dubious moral principles, who at the end of the game unconditionally listens to her as a hero because she obviously forgot about all the nasty features of her personality that were subtly inserted in the story, is helping you.

In Soma there is no "F..k it, let's wipe everything and let the fish once again get out of the water" option, which would be extremely logical in view of the action. The authors also insinuated their insinuations that any problems with the memory of VR capsules could lead to the "people" in it without the sky, vegetation, physical model and the like. The fact that people are aware of the fact that they live in the virtual world will inevitably become unhappy because they can not contribute anything to the universe as a whole. The whole situation is presented as happy end, so Soma is ultimately just a pretentious result of very limited thinking about what makes us people. Different choices you make during the game are just shuffling by the author - if you play this, do not pay much attention to situations where something, whoever you are, decides.

End of the spoiler. 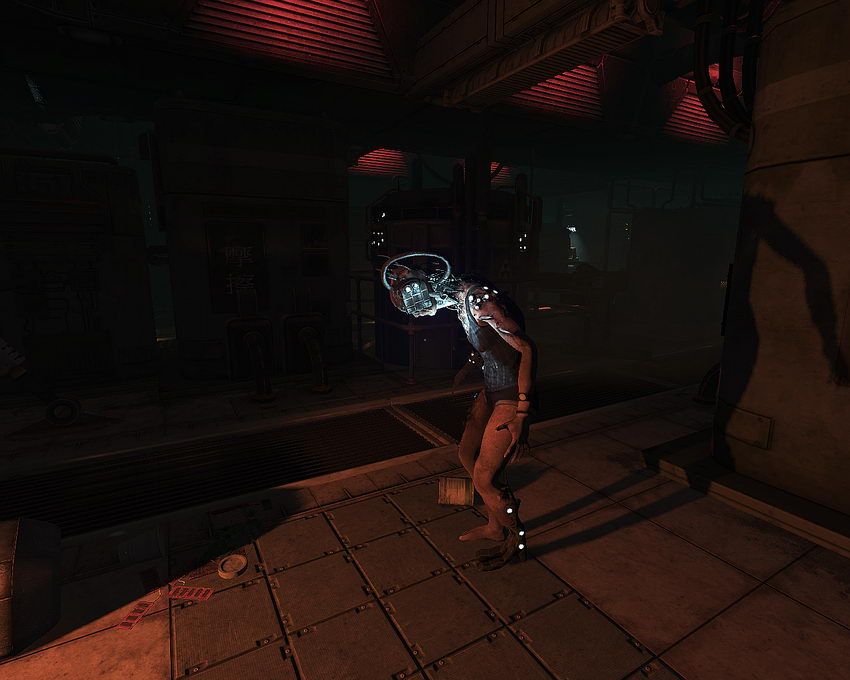 In short, Soma generally does not meet expectations and has a disappointing end completely separate from the current course of development of the action. In addition, some of the most memorable locations presented in announced trailers are not in the game. Yes, this also includes the scene when the main character sees his robots burn his brain with electroshocks. This site looks better than 70 percent of things in the final game. Soma, however, has nice phases and scripted sequences, which will keep you remembered for a long time, such as fleeing from individual opponents down the corridors and playing with your perception at the end of the game, while strolling along the murky seabed.

Plus, the design exudes spatiality and in a very convincing way depicts an unstable underwater scientific complex. The stream saves, so the corridors are sparkly illuminated, the textures are absolutely brilliant (if you only have 4GB of RAM, I advise you to get a little twitch on the highest quality, because they really contribute to the atmosphere), while the architecture itself is a combination of System Shock 2, Half -Life and Quake 4. Whatever I say to you, regardless of the honest, crafty action, the location design kept me pinned to the monitor until I passed the game. 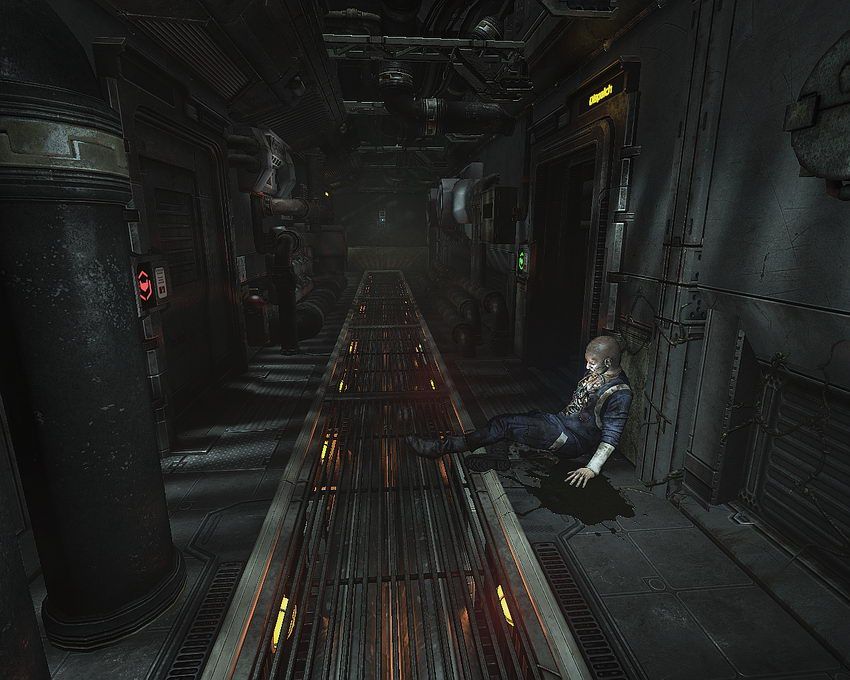 Rate this article Review of the game: Soma

Amazing review. (better than IGN reviews for me)

great something new yess from me

good work, you make me want to play