Rate this article "Review of the game: Project Octopath Traveler "

After two generic JRPG Factory experiments, Square Enix, for the third time in a short time, released another title designed to Western audiences (again) interested in eastern RPGs. The Octopath Traveler is by far the most ambitious of the trio, and has invested a lot more time and effort, which is obvious at every step.

Yes, this is technically another "pixel art" game, but the amount of special effects and polishing its visual style still makes it unique and much more stylized than the average title derived from RPG Maker. Square this asthetics called "HD 2D" and definitely this is one of the more prominent features of the game; regardless of what you think about 16-bit graphics, the Octopath Traveler is the title whose visuals will remain engraved in memory.

On the mechanical side, the Octopath Traveler offers relatively traditional fighting on the moves that in essence are not so adapting something similar to the Active Time Battle System from the classic Final Fantasy games. In other words, depending on the statistics of your characters, each of them will have a meter that will constantly be charged at a certain speed during combat, and once you reach the top, you will be able to perform some action. If you are patient enough, you will be able to do double and triple efficient actions, and when you combine this mechanics with the option to stun enemies with certain attacks to which they are weak, you will realize that the vast majority of them with a little thought can humor until they fall, without to let them react at all. 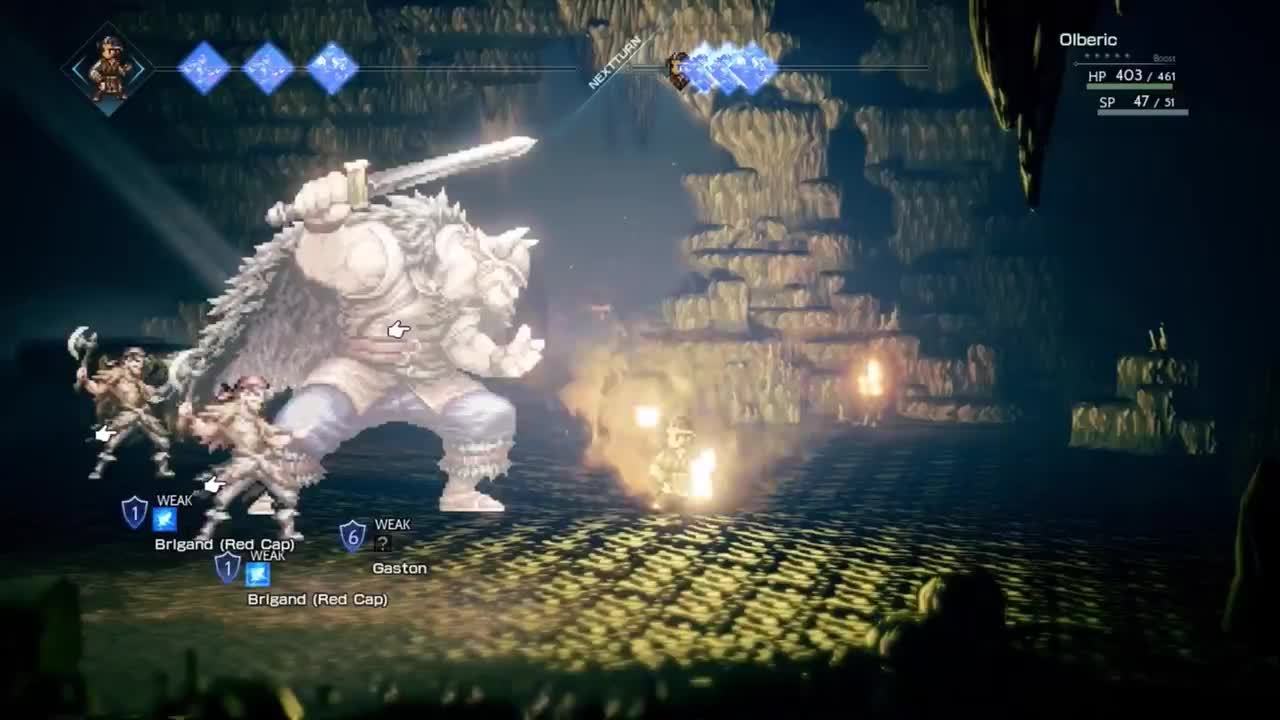 Of course, things get complicated after it becomes clear to you that no enemy after the tutorial announces its weaknesses by announcement so you will have to experiment, and opponents who are above your group's level will always be a challenge. You will have at your disposal eight characters, each of which is sufficiently different to require a different tactical approach and equipment, and this is where the highest uniqueness of the Octopath Traveler lies.

Namely, this is a game without the main protagonists, or an adventure that has even eight. With whom you start the adventure, it's up to you, and the rest of the team can be unlocked in major cities across this beautiful virtual world. Each character essentially has its own story that you can follow almost in any order, and this unusual structure makes the Octopath Traveler extremely open and above all a striking experience. Regardless of which roads you choose, you will gradually unlock access to better weapons and equipment in stores, and your characters will become stronger, as it usually happens in classic JRPGs. 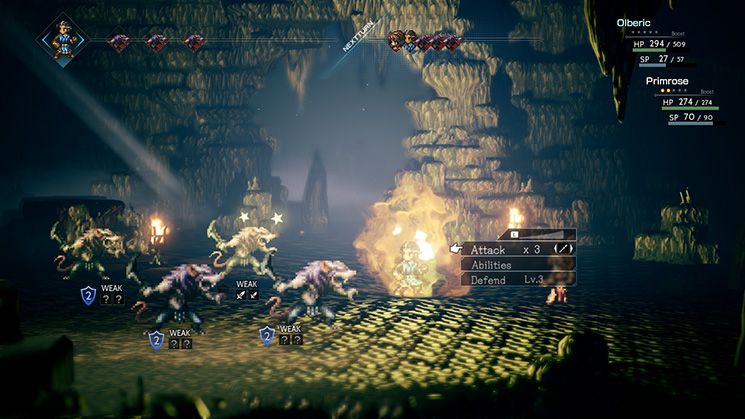 The game map itself is quite large and designed in the style of the older Zelda or the current Dark Souls games - you will be able to explore the bustle of areas that are interconnected, and even though you will not have to visit a good part of them in the main story, we are absolutely surely recommending you they are hiding the best awards, but also the most dangerous enemies. Luckily, Octopath Traveler will give you a very good accent on the recommended level before visiting each location.

You can track the main story independently of the amount of characters you unlocked and the number of their own chapters that you have completed, but the strength of the enemy in this segment will very likely push you slowly and diligently to explore explicitly optional content, for although it is not a mechanically overly demanding game , The Octopath Traveler is packed with the so-called. "soft" barriers, or areas you can freely leave at any time, but you probably do not want to do it prematurely because you will be tamed. 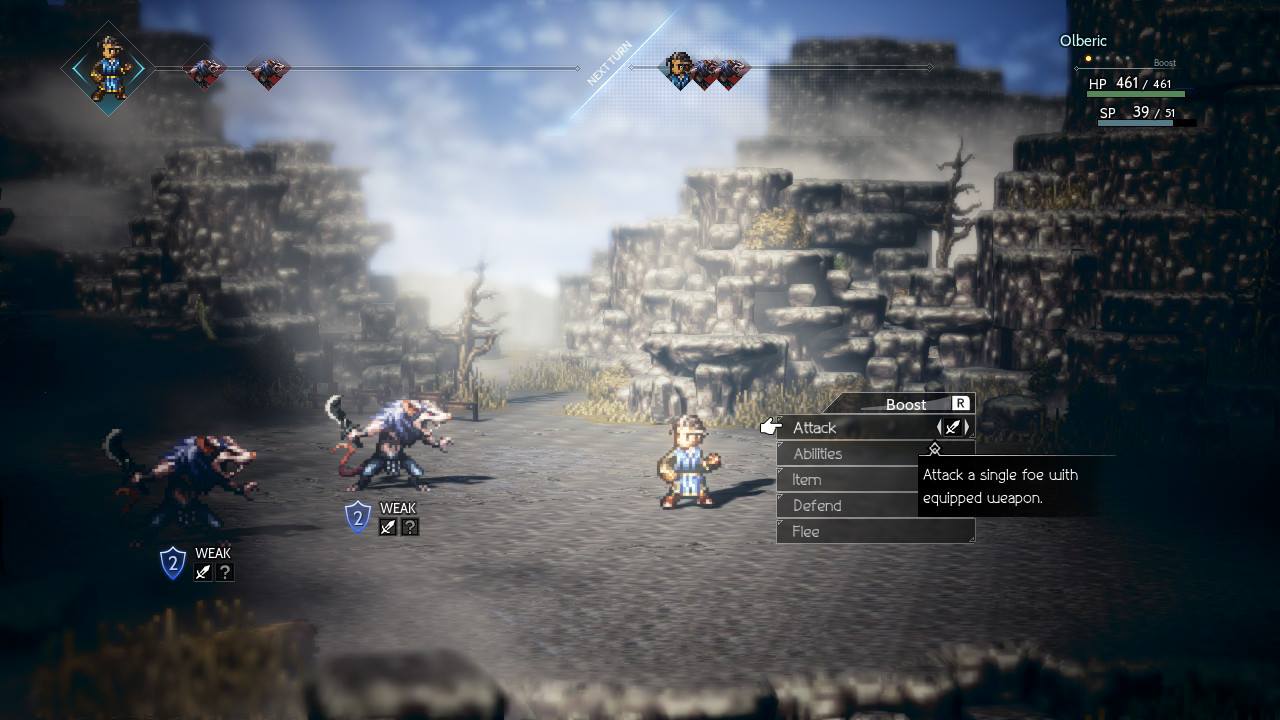 The campaign itself can last much more than 50 hours, especially if you are trying to end secondary tasks that are mostly interesting, although basically it's still about classic "fetch" tasks. Of course, most of the game will continue to be played in battles, especially those that are random in the real JRPG manners, and can be avoided by buying only certain items. The music background of the game is also for any compliment, although it may be a bit short, and the Nintendo Switch with no problems Octopath Traveler spins at a stable 30 frames per second, both in handheld and docked mode.

Interactions between characters are also pretty good, although most of the bad guys are written as falling out of a children's cartoon, and dialogues that involve someone outside your eighth are also pretty central and predictable. About some kind of objective flaws is really hard to talk about here, but if you are not a fan of JRPGs, Octopath Traveler will not overwhelm you in spite of your atypical structure. On the other hand, disregarding somewhat repetitive struggles and encoding dialogs with one JRPG is like criticizing the last FIFA game because it comes down to the cracking of a virtual ball - it's simply what you get from this genre. 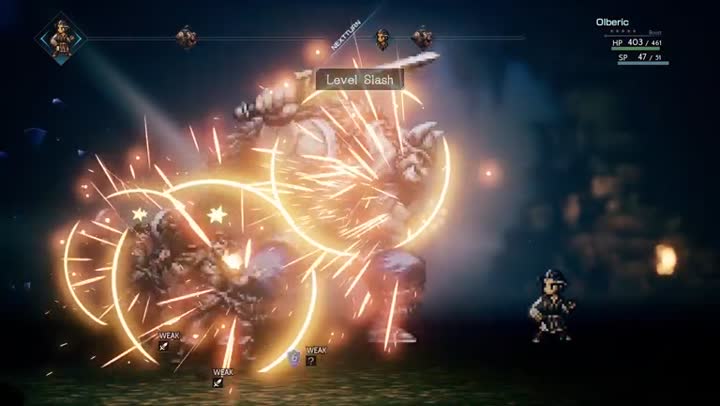 The Octopatch Traveler is a great JRPG that manages the popular formula of this already ancient genre to refresh with some new ideas regarding the structure of the story and character set, but basically it's about another relatively classical representative of the genre. This is by no means a bad thing and all fans of such titles will definitely enjoy this Nintendo Switch exclusive, just do not expect the Octopath Traveler to convince you to change your mind about JRPGs.

Rate this article Review of the game: Project Octopath Traveler