The company Saber Interactive, which are remembered as quite a solid TimeShift, arrives NBA Playgrounds - the latest attempt to revive the franchise NBA Jam / NBA Street. For some reason, the authors have decided that the title does not fall into the AAA category and adapts it as a product that is more inclined to mobile than desktop platforms. Luckily, this is the only serious flaw, since NBA Playgrounds is a game that is equally borne with the mentioned patterns ...

So on the menu is a well-known "two-on-two" action in which the Street. roles are assigned to the original NBA players. Pray on improvised, street courts, and players are designed as strip/cartoon heroes. They have big heads, gesture as if they are on dangerous drugs, and possess quite a that allow them to circumvent the laws of physics. In the center of attention, of course, the monstrous drones from which they will all be shaken, even time will run slower, with the aim of an opponent being humbled, and a few audiences raise their feet and send them to delirium. 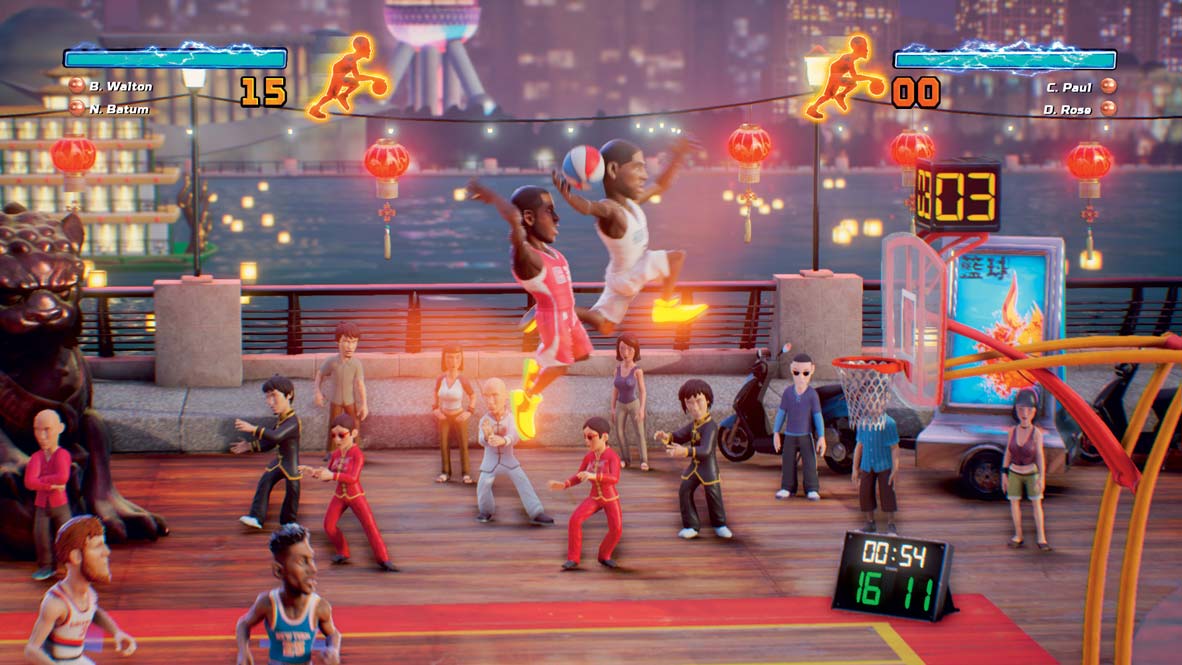 The game defiles 150, say, true NBA players, including legends that (long ago) stopped playing. To get access to everyone, you have to "unlock" them, and this is achieved by collecting experiential points in winning matches. As a prize, you get the holes with the player thumbnails and fill in the virtual album, allowing players to enter the potential roster. In the field you run without spare players, but also without the ability to look for time-outs you change the tactic. If possible, watch the team compile one of the clubs and one center so you can quickly transfer the ball to the opponent's knee, the distance silent, and the firmness under the hoops. In front of the audience you can also come up with two because both they and you will be able to keep the basket off for spectacular dangers, but something is still not smart as the game raises opponents in the "big and small". Otherwise, players vary between eight features: dunk, three-point shot, two-point shot, blocking, stealing balls, speed, stamina, and jumps. Although there is leveling, it is automatic and does not refer to the mentioned basic skills - only new moves are obtained. You can not "apply them" because of their position on the field, the position of other players, and the like. Somewhat restrictive but good, in practice, it does not bother so much. 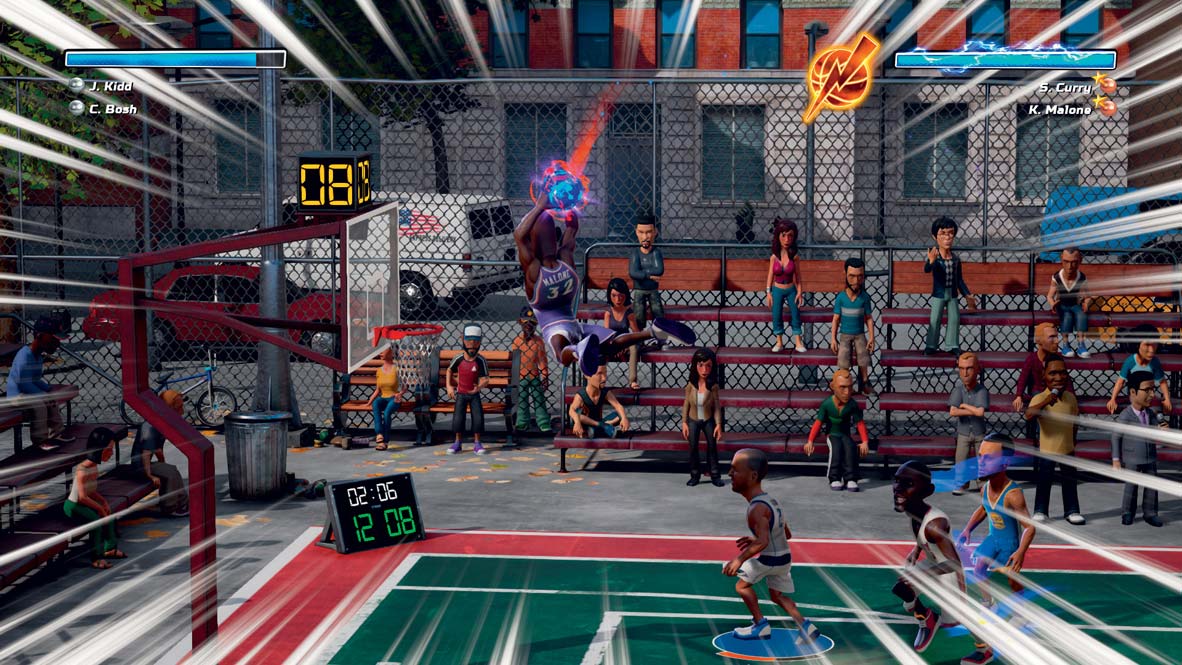 The main rule is that there are no rules. There is no out, no foul, no downhill ball ... Opposite you can strike your hands and push, and it's only important that you somehow do the balls. Each player has the energy that allows him to perform aggressive movements, running and dangling like "ours." If it is worn out, you will not be able to handle the opponent equally and you will have to wait for the scale to recharge. Spectacular moves open up to access to extra touches that allow a safe shot from any position on the field, double darts to kick, shorten time to attack opponents ... This is the last and only valid rule - you have to move the ball to the basket before the time runs out. You can "order" the gambler to try to push the player who blocks you, to fit alley-oop, and at any point, you can take control of it and finish the action. Though easy to manage, you will not be able to easily put everything down. Expect a lot of unbelievable flaws and poorly timed dunking because the NBA Playgrounds arcade brings its set of rules and physical laws. The game simply has that recognizable scam of arcade apparatus, and that's one of its biggest advantages. Until you get used to it, you will be frustrated to watch the AI routine as you do, but be sure that you will turn very quickly. 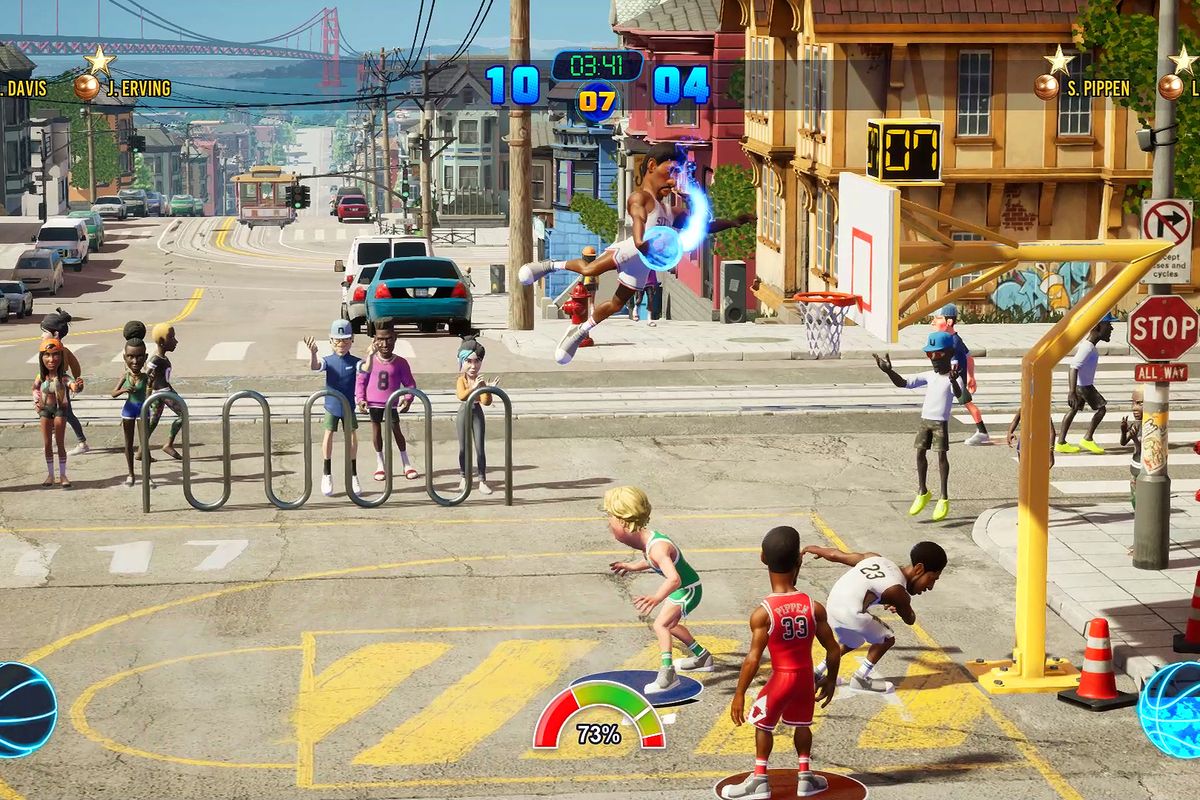 The NBA Playgrounds continues in a worthwhile way through the NBA Jam / NBA Street. The action slides as per game, management is easy, technical features are great, so only the lack of accompanying content. In addition to additional gaming modes and full support for four human players, the biggest surprise we have is a shallow online regime, as well as a small number of tournaments and playgrounds.