DQH II is cute, tempting like a cake in a Parisian baker, smelling irresistibly like Pain  Chocolate. Yes, it still needs to have a strong stomach for him and be a fan of a far-reaching understanding of quality entertainment so that you might be pretty clear about what is actually happening here

Scarcely dressed warriors, children sorcerers, blobs of all sizes and species, too many weapons, kings who cannot restrain the seat on which they are seated, let alone the armies they command, are only part of the scenery that awaits you. To make things crazy, voiceover (if you do not choose the default Japanese) flying on the wings of the British accent, which for some reason was the "story" of authors. 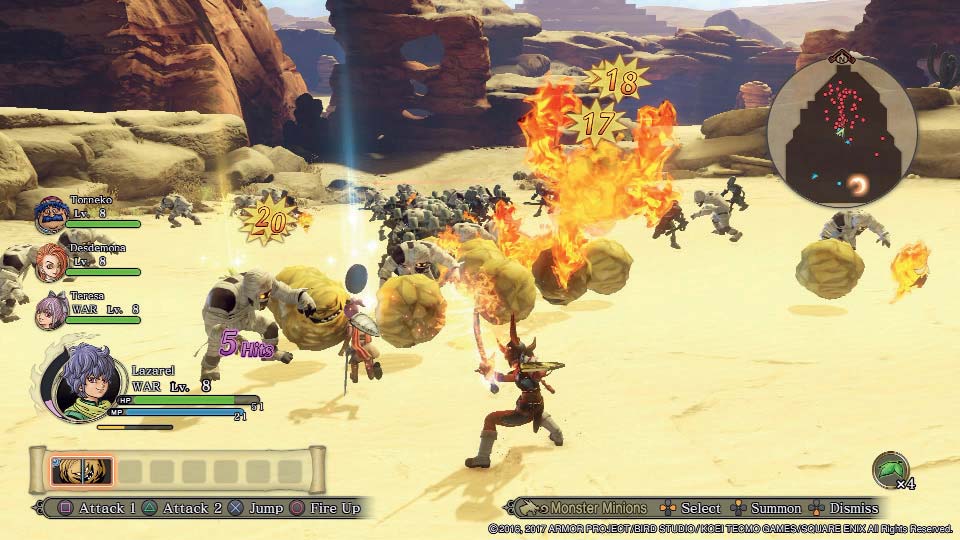 This event follows the events of two of the military academy academics - Lazarela and Teresa (who are otherwise relatives), who are drawn into the war between the two fraternal kingdoms. There would be no wonder that the war was not strictly prohibited and that blood on the battlefield had not been shed for thousands of years. You discover that your universe consists of a total of seven closely connected kingdoms controlled by the king of kings, whose throne is located in the center of a peaceful world - the capital city of Akorda. Of course, you will be offered to examine why the conflict has occurred and made your skills available to the forces of the good that will not take the time to accept them. In a free roaming style, you are going to explore a larger map, counting on crazed monsters. 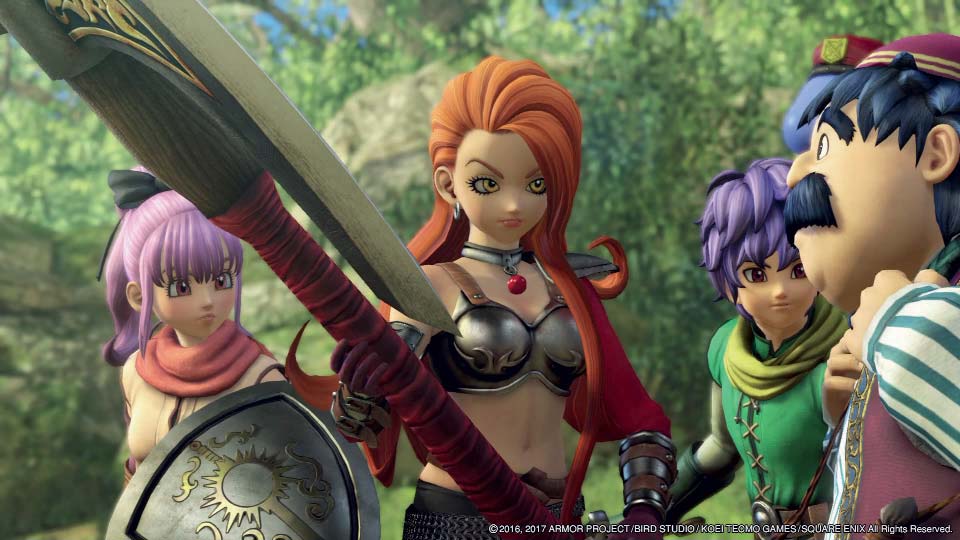 In the past, we could use the help of the monsters in the battles. The system has undergone an upgrade, so now there are three ways to summon the monsters, the most interesting of which is the one that allows you to take full control of its operation and as long as there is energy on the life scale, you will crush the opponents that attack you. Otherwise, finding the battlefield due to its overcrowding occasionally can be a problem, especially because the authors have not solved the problems of accidentally setting up the camera since the last time. Hands on the heart, the lens can be placed at three different distances from the guided character, but this is not enough. 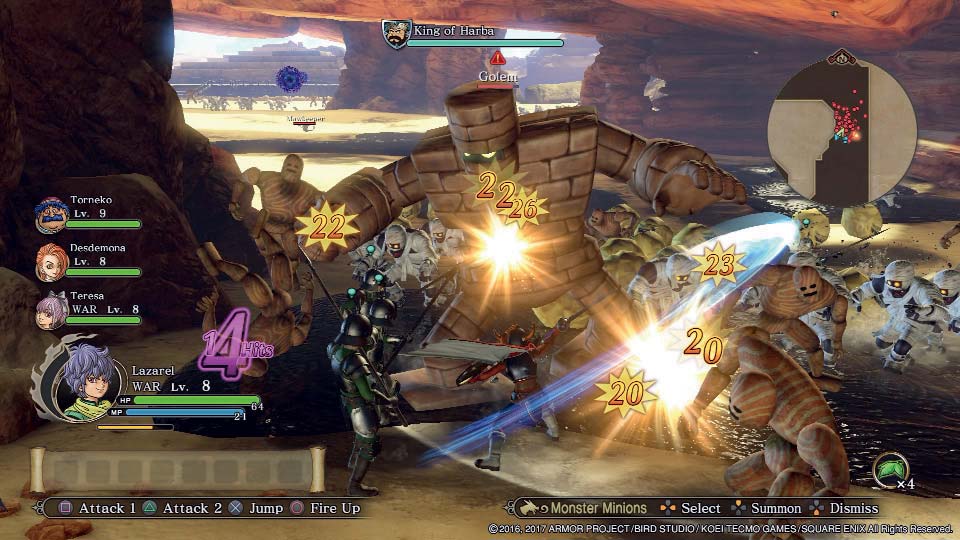 DQHeroes II is on the technical side more striking than the predecessor. This primarily relates to graphics solutions, although the franchise has not yet completely gone into the next-gen of water. The impression of deterioration of individual textures is diluted and as if they were upscaled with a lower resolution. Unfortunately, the JRPG inheritance is also reflected in the field of the sound component in that only the most important dialogues are "underlined" by voiceover, while in a large number of cases you will be forced to read the text tone from the screen. Since conversations are largely artificially split and not so rarely unnecessary, this is a matter that forces you to manually push the keys to remove them from the screen.

Although it has its "yellow minutes", DQHeroes II is a potable game in which you will easily submerge the world. In most cases, the game manages to keep the "emotions" under control, making the characters appealing or, to put it better, less intrusive. The struggles are mechanically very rounded, you are surrounded by non-stop action, and if you love it, you will also have a simplified role-play family care system.

A toy popular with children and parents. Smart ***** are a great creative toy that allow your children to train their imagination. The toy is simple but there are many ways to play to help your child develop his creative ability to control the toy, and train his motor skills through toys!

No bad cool man at work I was sick butLol