Watching the movies and the series, on the one hand, is scary, how many times have we all heard the question: "911, what's your emergency ?" This sentence is usually taken for granted and we do not think too much about how people say hundreds of lives every day.

The Polish studio Jutsu Games, through the 911 Operator, created a unique homage to immortalized heroes, operators who are hiding not only behind three figures from the title of the game, but also other numbers for the same purpose across the globe. As if communicating with the victims and their loved ones by themselves is not a stressful and responsible job, you have a much more difficult task in the game, because at the same time you are also coordinating the field work of all three emergency services - police, ambulance, on the one hand,and firefighters.
Once you equip the teams and strategically distribute them across the map of the city to an extensive network of roads, from wide, subway highways to one-way streets, you have only a few seconds of peace and quiet before the phones start ringing. Murder, hijacking, mass brawls, ruthless drivers, inflammable containers, heart attacks and strokes, poisoning, sputum ... a list of potential disorders sounds like a menu of spells and curses with a local doorman, and only your solitude and sense of organization can prevent the entire system slip into chaos. 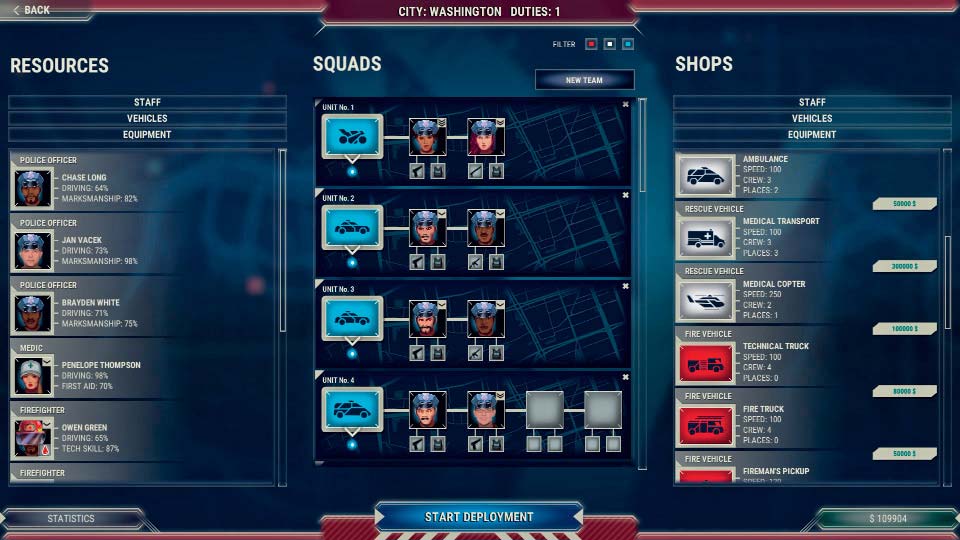 Your role as a dispatcher is to process calls and determine priorities according to the current situation on the ground. During the interview, it is necessary to find the address from which the call is made as soon as possible and as much detail as possible to make the decision about the urgency of the calls to the services that you will send for intervention, and sometimes only instructions on the phone will be sufficient to solve the problem. Except for direct calls, some tasks automatically appear on the map. Such situations are far easier to solve, because all the details are already known, and only require an adequate reaction. The time required for intervention depends on the number of teams involved, as well as the degree of their training and equipment. At the end of the day, you get a summary of everything you did (or did not) with the appropriate reward in terms of increasing reputation and money in the city budget.

The police are certainly the most popular of the three services in the game because in most cases the policeman has to go out on the court to make a record, write penalties and possibly bring in the insurgents. In addition to standard patrol cars and shingles, there are also patrols on engines, ideal for pursuing, but without the conditions for transporting them to the station. And ambulance will have a lot of work, providing on-site necessary therapy to patients, and transporting injuries in traffic to the nearest hospital. Compared to guys in blue and white, firefighters have the most time to break, and apart from firefighting, they will remove caravans from the scene of an accident, with the inevitable removal of a certain machete from the wood. The top of the range of vehicles is made up of helicopters, but you'll have to do a lot of effort to get them. 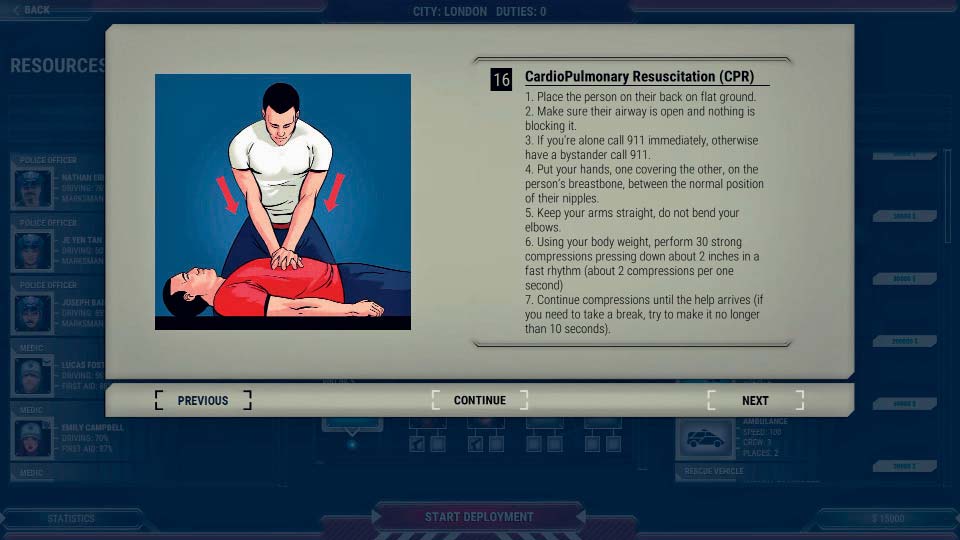 You will rarely receive comic calls, such as a boy who will ask you to do homework in mathematics, a panicked drunk with a heavy Niko Beliac accent or reporting the theft of a chopper in an MMO game. Sometimes calls will be a clear allusion to the phenomena of contemporary pop culture, such as the case of the "cook" of methamphetamine in Albuquerque.

The basic problem of the game, noticed in the other car's titles ( Car Mechanic Simulator for example), is that in a few hours you can experience everything that the 911 has to offer, after which you will receive again the same calls for an improperly parked car, a street fight and a toaster in flames. Also, the game does not offer almost any challenge, except maybe in the first day or two in the new city, while you are free of steam and you do not even have basic equipment.

The campaign consists of a series of six North American cities that are progressively unlocked by gaining reputation, and can end in just one afternoon. However, the main selling point of the game and what each local patriot will throw a smile on the face is the ability to play on the map virtually every major settlement in the world. The game will work with the net to download the faithful map of the desired city, with the exact names of streets and emergency services. For example, on the map of Belgrade, you will, among other things, easily recognize the Clinical Center, the police stations in New Belgrade or the Despot Stefan Buffer, and the fire depots in Zemun and Karaburma. 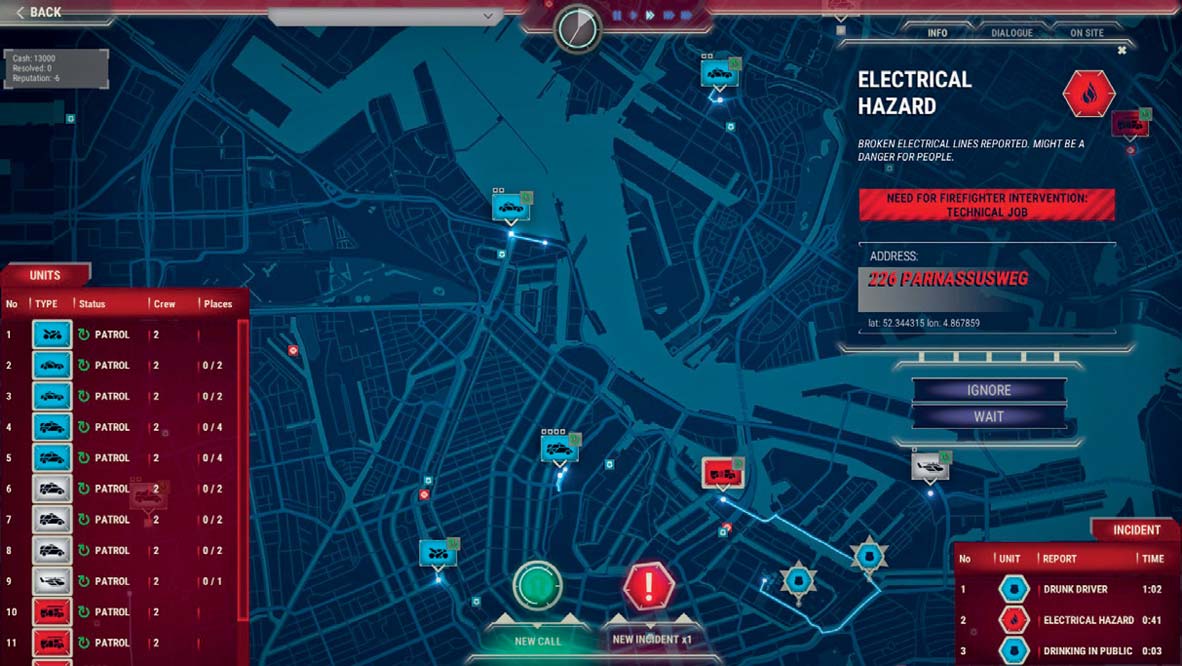 Regarding the graphics range of the game, it would be fairer to compare it with the software from our Test Run section, because you'll spend a lot of time in front of a transparent folder in blue tones, pinned with icons of emergency vehicles. On the other hand, voice actors did almost without error, and the continuous radio chatter only contributes to the tense atmosphere at the dispatch center.

In addition to the basic purpose of entertaining you, although, in short terms, the 911 Operator also has an educational note in the form of advice on how to behave in the event of an accident and how to provide first aid to the injured.

Not really my type of Game but nice article !!!!

Not really my type of Game but nice article

report so much make my hand hurt

it made me try the game actually with this article! Nice job!